Skip to content
USA Online Sportsbooks | Sports Betting | Tacko Fall In The All-Star Game? Could be A Tall Order 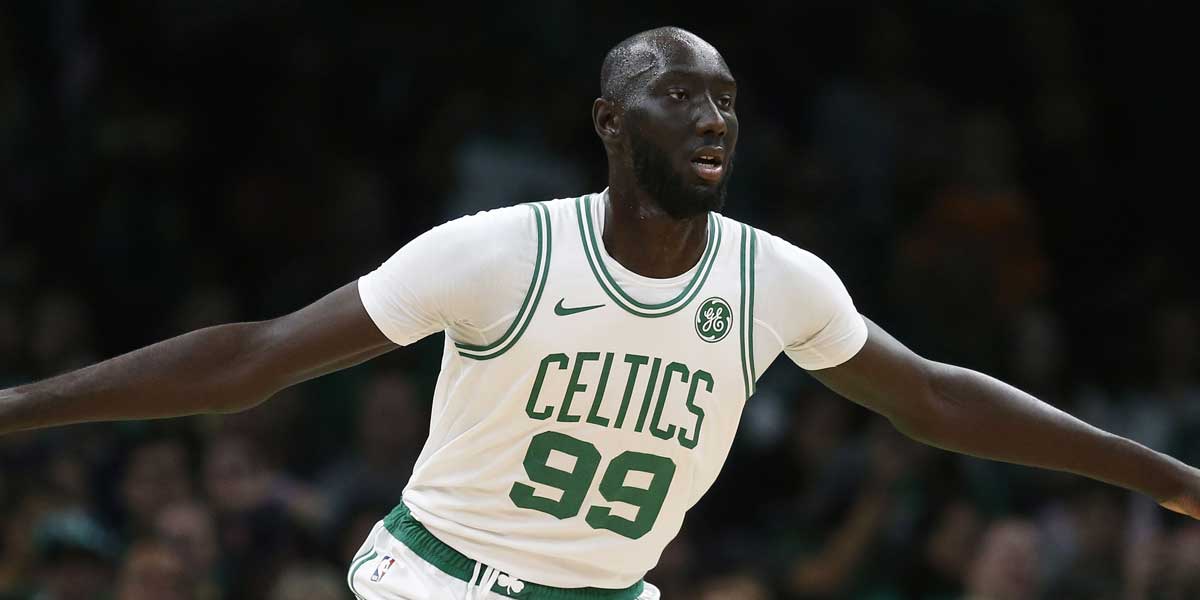 Fall has fascinated NBA audiences as well as NBA sports bettors with his combination of height and personality, with an extremely unique body type even among NBA players. Fall hails from Senegal, in Africa, and is one of the tallest living human beings on the planet.

At the NBA Draft Combine, Fall set records for height in shoes, at seven feet seven inches tall, as well as wingspan, with a gargantuan eight foot two inches.

In the NBA, the rim of the basket is ten feet off the ground. Fall has a standing reach of over ten feet, meaning that he can stand on the ground and touch the basket at the same time, and dunk with minimal effort, barely leaving the ground.

To illustrate this point, Fall scored his first NBA points on a standing dunk which was one of the most spectacular sights in the NBA this season.

His incredible stature and spectacular physical attributes made Fall into an instant sensation in the age of social media, where clips of the big man could be shared between fans, who marveled at the sheer size of the Celtics center.

The NBA All-Star game has gradually gotten less and less serious, both in terms of the structure of the game and how it is played. Games typically devolve into no-defense shootouts more reminiscent of the Harlem Globetrotters than NBA Basketball.

This lackadaisical attitude has trickled down to NBA fans. In recent years many decidedly non-star players, such as Zaza Pachulia, have had large amounts of vaguely ironic support, reminiscent of the saga of John Scott in the NHL.

Fall has been the latest in this line of meme All-Star candidates, and in a way, his inclusion can be seen as sort of a joke and a funny nod to one of the most interesting people in the league.

However, while it might be a joke to some, online sportsbooks are taking Fall’s candidacy seriously enough to offer odds on it.

As you can see, Fall has long odds, and it’s not just because he is currently only 6th in frontcourt voting among the fans.

While fans of Fall’s candidacy might note that Blake Griffin’s recent season-ending surgery might open up a spot for Fall in the frontcourt, history suggests that players who are more deserving of the spot in an on-court sense might get the nod over Fall.

In response to the increasing weirdness of the fan votes, the NBA changed the rules for how All-Stars were selected during the 2016-2017 season. These changes made fan votes less impactful and provided the media and players with a share in the All-Star selection process.

The biggest reason for Fall’s long odds is that, generally, players and media take the event more seriously than the fans do, especially the media. All-Star appearances are often used when making a player’s case for the Hall of Fame, and while the fans might enjoy Tacko in the game, some media and players would rightly suggest that it would be wholly unearned.

The real shock is that the odds exist to begin with – too many basketball observers, the idea that Fall could actually make the game is an impossibility due to the media and player vote.

Fall’s own coach, Brad Stevens, has come out against the idea, saying: "I don't love the idea, when you talk about awards...not being based on what's solely happening on the court."

In the face of this opposition, the fact that the odds exist at all is a testament to the star power Fall has cultivated through sheer force of personality and physical abnormality – people want to bet on him, so sportsbooks offer them the opportunity.

Sports bettors would be wise to research the situation, and the NBA All-Star Game voting rules before placing a bet.