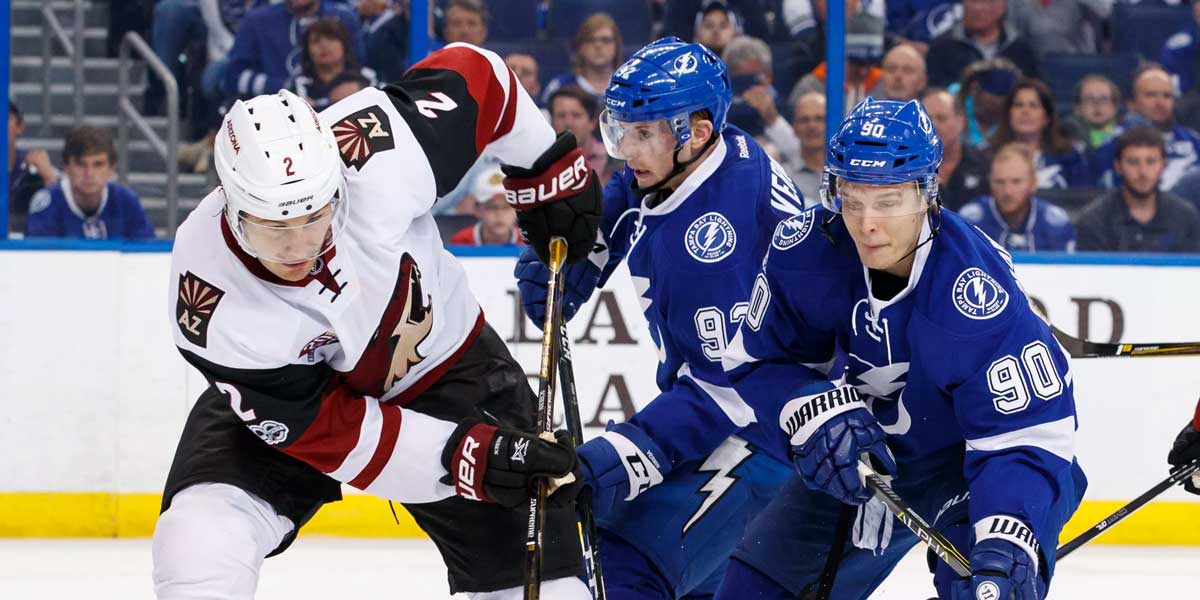 TAMPA, Fla. – The Tampa Bay Lightning have been among the best teams in the NHL this season and they’re currently on an eight-game winning streak. That streak will be put to the test tonight when they host the Arizona Coyotes in a cross-conference showdown.

Both teams are at the top of the respective division with Lightning’s 25-13-4 record putting them in second place in the Atlantic Division and one game behind the Boston Bruins. Arizona comes into the matchup sitting atop the Pacific Division with a 25-16-4 record and a one-game lead on the Las Vegas Golden Knights.

If the Coyotes are going to pull off the upset on the road, they’ll need to stay disciplined in holding their lines and limit how Tampa Bay’s right-wing Nikita Kucherov facilitates the offense. If they can't do that then the six-goal total should go over. In the last 13 matchups in Tampa between these two teams, the total has gone over nine times. Taking the over seems like a wise bet as these teams will likely light up the scoreboard.

Player Prop Bet Of The Night

Will Brayden Point score a goal in the game?

Center Brayden Point has been one of the best players for the Lightning this season. He leads Tampa Bay in goals scored this season with 18 and he has scored a goal in his last three games.

The sportsbook Bovada has listed Point’s odds to score tonight at +155 and the odds of him not scoring are -220. Sports bettors may want to take the +155 odds because the Lightning will have to lean on Point tonight as the Coyote defense will have to focus on stopping Steven Stamkos and Nikita Kucherov.

The game will start at 7:00 p.m. EST at the Amalie Arena and can be streamed on FOX Sports Go.