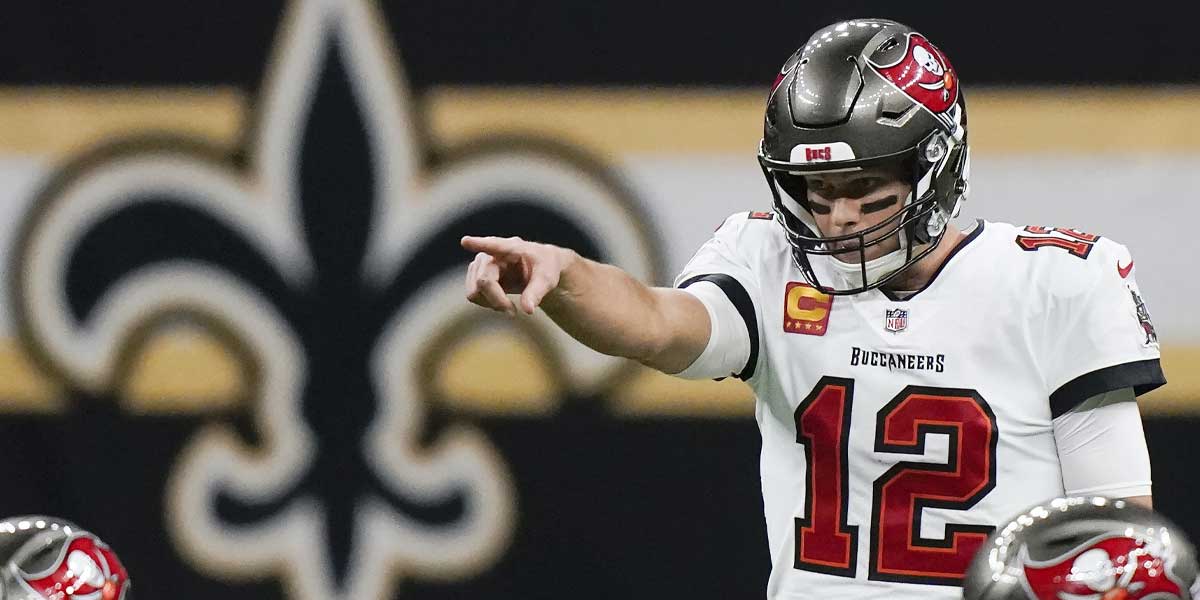 TAMPA - The Super Bowl 55 matchup is set as the Kansas City Chiefs will defend their title against the Tampa Bay Buccaneers. The Buccaneers made history by becoming the first team to make the Super Bowl while being the host city.

The Chiefs aim to become the first team to win the Super Bowl in back to back years since the New England Patriots did so in 2003-2004.

Thus setting the stage for one of the best quarterback matchups in Super Bowl history as Patrick Mahomes and Tom Brady face-off.

A big reason why the Bucs have gone from ending a playoff drought to the Super Bowl is the addition of quarterback Tom Brady, who will be playing in his NFL record 10th Super Bowl.

Tampa Bay is 7-0 since then 🐐 pic.twitter.com/Db3ROzFc6K

At online sportsbooks, Brady has the second shortest odds at +210 to be named the MVP of the NFL Championship.

For bettors looking to bet on Tom Brady outside and don’t want to Super Bowl MVP odds are in luck as both Bovada and BetOnline have numerous props listed.

What Will Be Mentioned First?

That will likely be mentioned before any talk of his age as the feat of making 10 Super Bowl’s is a better talking point than Brady’s age. The -145 odds on Brady’s 10th Super Bowl being mentioned first should be taken simply because Brady has not played his age this season.

Who Will Be Shown First During the National Anthem?

Winner: Tom Brady (-145). This is a bit of a coin toss but Super Bowl bettors should expect for Tom Brady to be shown first.

He’s been in the Super Bowl many times and more than likely the cameras will pan to Brady before Mahomes. Being that the Super Bowl is in Tampa Brady will likely get camera time first during the national anthem.

Winner: Incomplete (+175). The last time Tom Brady was in the Super Bowl his first pass attempt actually resulted in an interception.

Although that was years ago, the +1600 odds on an interception being thrown first shouldn’t be completely written off. The best bet if not wanting to take the -215 odds on a completion, the +175 odds on an incomplete pass are well worth the risk.

However, in Brady’s three postseason games this season he has only had an incompletion on his first attempt once, the rest have been completed. Take the +175 odds that Brady’s first pass in Super Bowl LV is an incompletion.

Cross Sport Prop - What Will Be Higher?

Winner: Tom Brady Passing Yards (-160). Super Bowl 55 has the potential to be one of the highest-scoring Super Bowls ever.

Patrick Mahomes and the Chiefs offense force opposing offenses to score points which means Brady could throw for over 300 or more yards in this game.

Take the -160 odds that Tom Brady throws for more yards than first-quarter points scored in the five NBA games that will be played before the Super Bowl kicks off.

What Will Be Higher

While Brady does have the weapons in Tampa Bay to eclipse this mark it would take a stellar performance to eclipse the 500-yard mark. Bettors should take the +160 odds that Brady doesn’t break the record he set in the Super Bowl just three years ago in a loss to the Philadelphia Eagles.