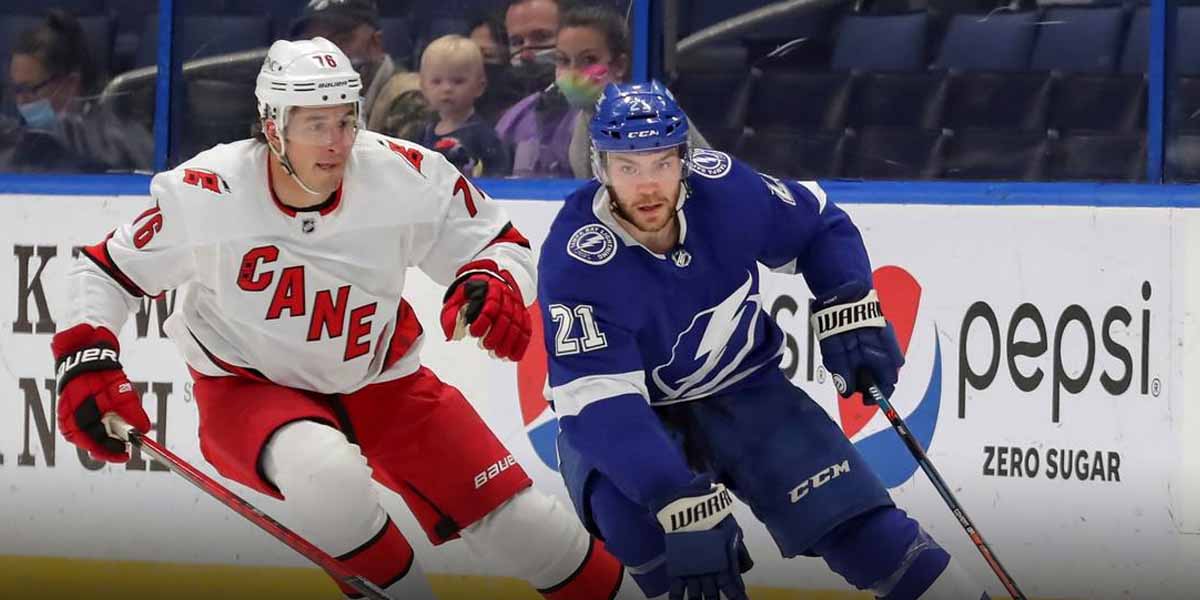 RALEIGH, N.C. – The NHL Preseason is in full swing with most of the teams already having a few games under their belts, leaving sports bettors with a clearer picture on who to place wagers on for the matchups happening Tuesday night.

OVER 5.5 Tampa Lightning Vs. Carolina Panthers

The Tampa Bay Lightning start their preseason against the Carolina Hurricanes, the team they previously eliminated in the Second Round of the Stanley Cup Playoffs. Normally, the UNDER would be the best bet but with star goalie Andrei Vasilevskiy expected to have little to no time in the net tonight, the Hurricanes look to take full advantage and pile on the goals in this game.

Furthermore, the Lightning’s offense, which has averaged 3.21 goals per game, will start many of their forwards that contributed to their high-scoring unit last season in the match. The numbers suggest the OVER (5.5) could cover on Tuesday.

The New York Islanders had one of the best defenses in the NHL last season, allowing 2.23 goals per game. Many of the key contributors defensively will receive a lot of time on the ice in tonight’s game while the Islanders’ goaltending depth looks to continue to impress. Likewise, the Philadelphia Flyers revamped their defense in the offseason and many of the key players will receive plenty of playing time as well, making the UNDER (5.5) an intriguing bet.

Both teams have plenty of depth on their rosters. However, the Boston Bruins have knocked off the preseason running, winning their first preseason game 3-2 while the New York Rangers have stumbled early on, losing 4-0 in their opener. The numbers suggest that the Bruins (-115) could win in this matchup.

The Buffalo Sabres finished last season with the worst record in the NHL, winning only 15 of their 56 games. It’s easy to think that the Sabres will continue to struggle in the preseason but in the upcoming game, the Sabres will be giving their young skaters and players on the backend of the roster more ice time as they will look to impress in their battle against a Columbus Blue Jackets team that will be playing on short rest. The Sabres (+120) might be the way to go as they can provide great odds as an underdog for NHL sports betting action.

The Seattle Kraken won their inaugural preseason game as a franchise 5-3 over the Vancouver Canucks. With the Edmonton Oilers expected to limit the ice time of star players like Connor McDavid and Leon Draisaitl, the Oilers might struggle in their preseason game against a Kraken team with many roster spots up for grabs. The numbers suggest that the Kraken, who are receiving (+125) odds with online sportsbooks could win the game and provide great payouts in doing so.

The Colorado Avalanche are coming off of a season where they scored a league-high 3.52 goals per game. However, many of the forwards that helped contribute to that high number, including Nathan MacKinnon, Gabriel Landeskog, and Mikko Rantanen will see limited time on the ice in the preseason game against the Vegas Golden Knights. The UNDER (6) might be the way to go for this preseason game.

The Los Angeles Kings are playing on short rest and coming off a 2-1 loss on Monday night to the Arizona Coyotes. However, the Kings look to bounce back against a San Jose Sharks team that played two games on Monday. Both teams will give their young players plenty of ice time and as a result, some of the Kings’ young skaters like 22-year-old defenseman Michael Anderson could stand out. The recent trends suggest that the Kings (+120) could win the game and provide great odds for sports bettors looking to get in on some NHL wagers.