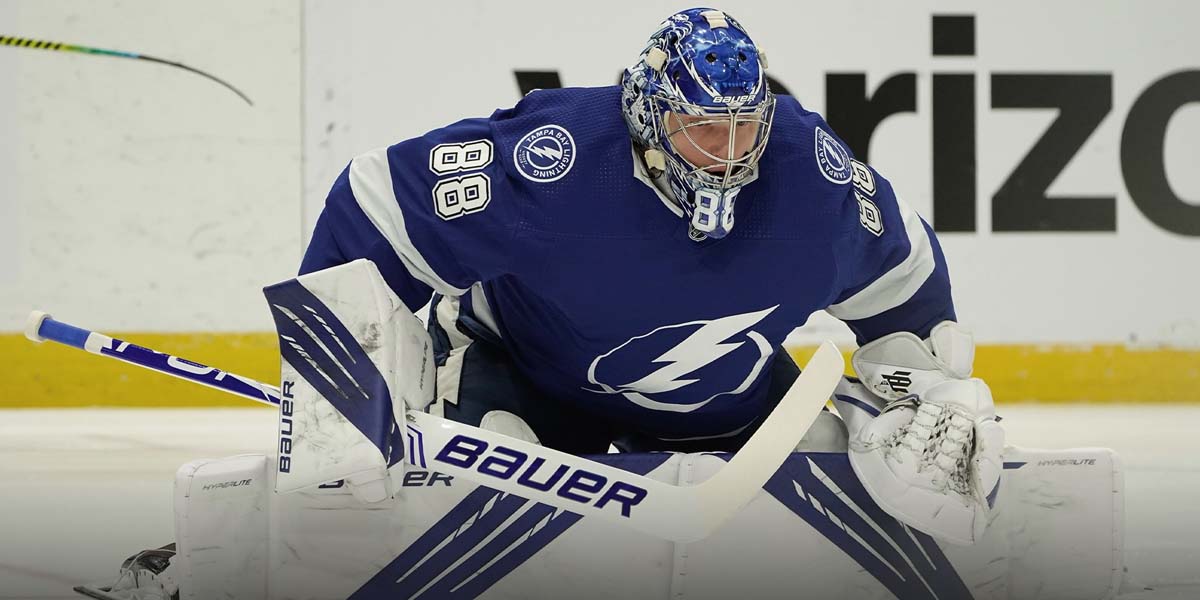 TAMPA – The Lightning have swept the Florida Panthers in the second round of the NHL playoffs and will have time to rest, until the third round begins. Andrei Vasilevskiy now has the third best odds to win the Conn Smythe Trophy, and is looking to win it back-to-back years.

On May 17, Vasilevskiy had +1800 odds to win the Trophy, and it has shortened as the Lighting have kept winning.

None of that mattered for Vasilevskiy and the Lightning, with their locked in goalie only allowing three goals for the short four game series, showing great online betting opportunities.

The closeout game even featured a shutout, against 49 shots on goal by the Panthers. This was the first game that the Panthers had not scored since last year’s playoff meeting with the Lightning in Game 6 of Round 1.

Betting On Vasilevskiy, Not The Lightning

After Tampa’s sweep, their odds have shortened immensely for winning the Stanley Cup.

Lightings Odds Before Each Round

At this point, betting on the Lighting winning the Stanley Cup for the third year in a row, would not result in as high of a payout as previous weeks would have. However, betting on the Conn Smythe odds for Vasilevskiy would offer a much higher payout, with not much more risk added.

When Vasilevskiy won the Conn Smythe last year, his save percentage for the playoffs was .937%. After only allowing three goals in the last five games, his playoff save percentage is currently sitting at .932%. Also, this would not be the first time that a player, or even a goalie, won the trophy in back-to-back years.

Past Back To Back Winners

There have been 56 Con Smythe Trophies awarded in the history of the NHL, and 17 of them have been to the goalie position.

If bettors feel confident that the Lighting will win the Stanley Cup, betting on Vasilevskiy is the best betting option. There have only been five players to receive the trophy that were not on the winning side of the Stanley Cup, and the last one occurred in 2002.