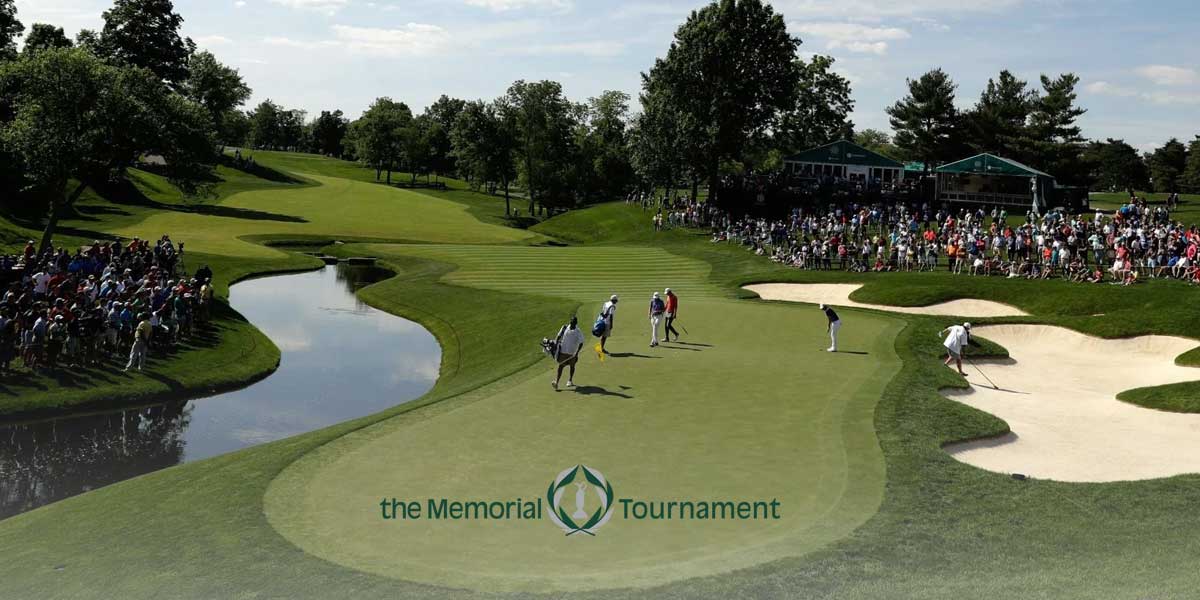 DUBLIN, Ohio – The world of golf returns for an unprecedented second week in a row at Muirfield Village for the 2020 edition of the Memorial Tournament.

A thrilling competition last week at the Workday Charity Open saw Collin Morikawa get the win over Justin Thomas in a three-hole playoff after the pair made birdie putts for a combined 75 feet on the final hole.

While it is a tough task to ask any tournament to deliver that kind of excitement, the Memorial is by far the most high-profile event since the return of golf and has all the tools to be another terrific showing.

Playing the same course in back-to-back weeks will prove an interesting data point for this tournament. While the course is reportedly adding thicker rough and slicker greens for this week, it will be educational to see whether those who played last week perform better than those who didn’t.

Golf bettors have plenty to work with this week as a stacked field hits the Jack Nicklaus-built course. With so many options across the sportsbook, this week is the perfect occasion to stack the bet slip.

With such a star-studded field this week there is so much room for value across the board that those at the top will get overlooked.

Considering all four of these men could easily destroy this course with little surprise, it is a safe bet to take one or two of this group as your chalk pick.

DeChambeau has all the headlines, and for good reason, as the man has been simply captivating over the last few weeks as he reaches unreal distance with his new frame.

Longest drives of the week for @B_DeChambeau:

Bryson won his last outing at the Rocket Mortgage Classic and is going on eight straight T-10 finishes. While he didn’t play this course last week, he owns a victory at the Memorial in 2018.

Thomas is also considerably on fire and was one wayward tee shot away from winning the tournament last week, which he lost in a playoff.

Cantlay is the defending champion of the event and played very well last week, finishing T-7 after shooting 65 on Sunday.

While Rory has yet to shine since the return, the entire golf world knows that he is capable of showing up and blowing away any tournament field at any time.

With all this in mind, Thomas or DeChambeau are the strongest choices here, but there is no wrong answer.

Morikawa won on this course last week after shooting at an elite level from day one, with a 65 on Thursday. He followed that up with a gutsy finish against one of the world’s best, proving he has what it takes to be a big name on Tour. Nothing would elevate his status like back-to-back wins at Muirfield.

In that final group with Colin and Justin was young Norwegian Viktor Hovland. While he came up just short this past Sunday, Hovland is the only player to make all five cuts since the restart.

He has scored a T-25 in each event and hasn’t played a single day of golf over par since the hiatus.

Xander Schauffele is another name that has been commonly found at the top of the leaderboard since the return. He shot -10 last week at this course good enough for T-14, and has looked like he is ready to take the next step at any point.

Getting Abraham Ancer and Gary Woodland both at +4000 is a terrific value. Ancer has played out of his mind since the restart, scoring T-14 or better finishes in all three of his events, including a second-place finish at the RBC Heritage. Woodland is in the same boat and showed out last week, finishing T-5 at 12 under par.

When feeling out longshots, it mostly comes down to a player's potential ceiling for an improbable run. These picks have the best sports betting value, in that one can string a small amount of cash a long way.

Sungjae Im is still third overall in the FedEx Cup standings following some mediocre play since the return. Since Im hasn’t been playing the best, his value has gone up every week leading to him sitting at +6600 this week.

He is still one of the best young ball-strikers in the field and can put together a solid round at any time.

Ian Poulter is one of the more polarizing characters on the Tour but undeniably plays well at Muirfield due to his adept putting. Poulter finished in the top five last week, yet still finds himself with huge odds.

Behind that sit Corey Connors and Cameron Champ in the hail mary range. Connors has been hanging around every tournament since the tour returned, and Champ is still one of the longest players on the tour. Both have just the right amount of “shock the world” potential this week.

Regardless of who you choose to back this week, it will certainly be another terrific tournament of golf to keep us sane during this tumultuous time.