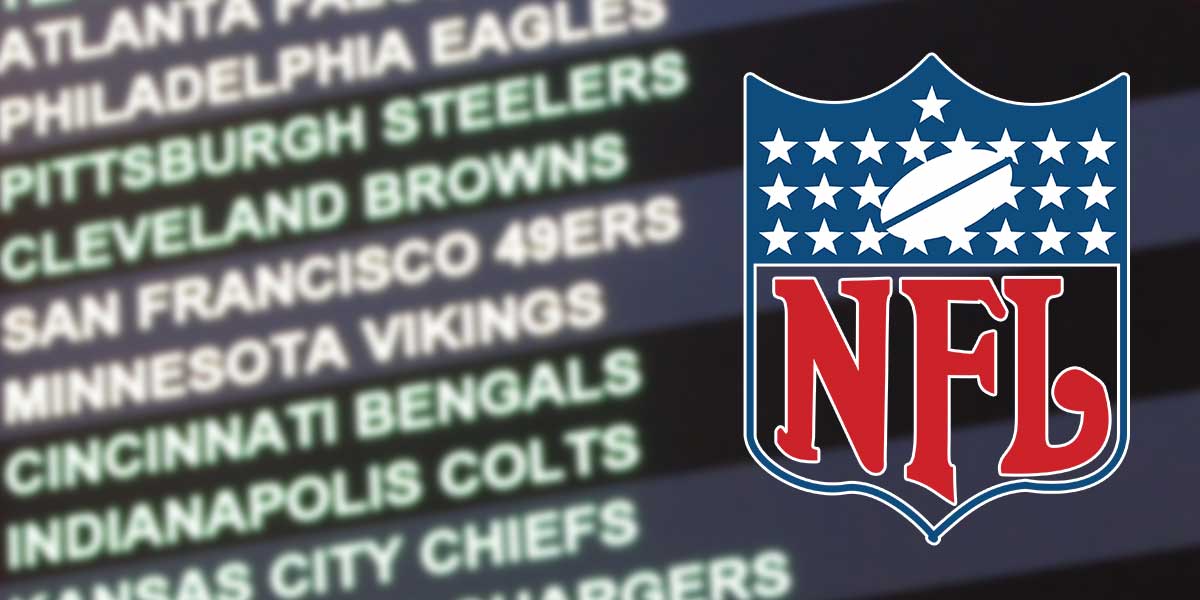 Tallahassee, Fla. – Looking at the strength of schedule can be a great indicator when taking bets on a team’s win total.

While the data from the previous season doesn’t guarantee anything, it definitely provides a great view into the upcoming teams your team of choice must bet on.

With the 2019 NFL schedule released and summer camp less than a month away, now is the time to find value.

Using this year’s strength of schedule for every NFL team, six organization stood out, as teams to keep within your scope:

The Eagles come with schedule nearly as weak as the Jets’. For the Eagles, their future opponents had a 47.9%-win percentage last year. Carson Wentz was signed to a major deal and the cornerstones of this franchise are in place with Doug Pederson and Brandon Graham.

The Eagles must get through the NFC North, which is in a state of transition, as well as the AFC East this year. Though their offense was only average last year, they should be in a good position to make the playoffs for the third straight year. We’re taking the over here.

The Bears led the league in interceptions (27), defensive touchdowns (6), and rushing yards allowed (1280) last year. While the defense hasn’t lost a step, it will be hard to see these numbers repeated.

The Bears come into 2019 with the fifth hardest schedule (52% opponent win percentage) and must play a challenging AFC South division. Additionally, they will have to get a win against the Kansas City Chiefs if they can’t manage to win the majority of games against the NFC East.

While this may be a push situation, it would be shocking to no one if the Bears did not manage to win double-digit games. Though they accomplished this last year, they have only done so 3 times in the last 12 years.

The Falcons are constantly in the bubble of being a Super Bowl contending team or barely scraping by on the season. With this inconsistency, it may be hard to lay your money down but take into account the Falcons have the 7th hardest upcoming schedule (51.8% opponent win percentage).

In the last six years, the Falcons have notched double-digit wins twice. The hopes lie heavily on Devonta Freeman, as Tevin Coleman traveled west for a starting role, top open up the passing game for Matt Ryan.

This one is a challenge, as the talent is there; however, taking the under will likely prove to be a smart play here, as coach Dan Quinn has seen his win total decreased the last three years.

The Seahawks lost Doug Baldwin to retirement, but always seem to find a way to replace players at ease. They drafted DK Metcalf and the team who led the league in rushing yards last years will now have a viable receiving option.

A mark of 8.5 wins has been met every year by the Hawks for the last seven seasons. Unless the bookmakers have some inside knowledge, take a leap of faith on Pete Carroll and Russell Wilson.

On top of their pedigree, Seattle comes in with the 8th easiest schedule for 2019 (47.9% opponent win percentage) having to play the AFC North and NFC South. With a week 11 bye, this team should be able to cruise into victories before having to take a break.

USAOnlineSportsbooks.com thinks the New York Jets have one of the easier schedules coming into the 2019 NFL season. A 47.3%-win percentage by upcoming opponents last year, they should have no excuses for not winning games this year.

Their schedule is very balanced with not too much time spent grinding it out on the road nor getting comfortable at home. Having to play a weakened AFC North and unpredictable NFC East, the Jets should be able to hit the over. The Jets haven’t won 8 or more games in a season in four years, but have done so 14 of their last 22 seasons.

Those with extra confidence can even lay the money down on the Jets to make the playoffs (+300) or even to win the AFC East (+650) but the latter requires beating the GOAT.

The Broncos added Joe Flacco to their roster and that should automatically spell out mediocracy. Their defense has declined majorly since the Super Bowl days a few years back and they also can’t seem to hold onto a talented wide receiver (sans Emmanuel Sanders).

Denver will play the second hardest schedule for 2019, as their opponent win percentage is an outstanding 53.7%. Mile High may be a tough place to visit, causing a few home victories, but there are very limited expectations for this team outside of Denver. A wise choice is the under.