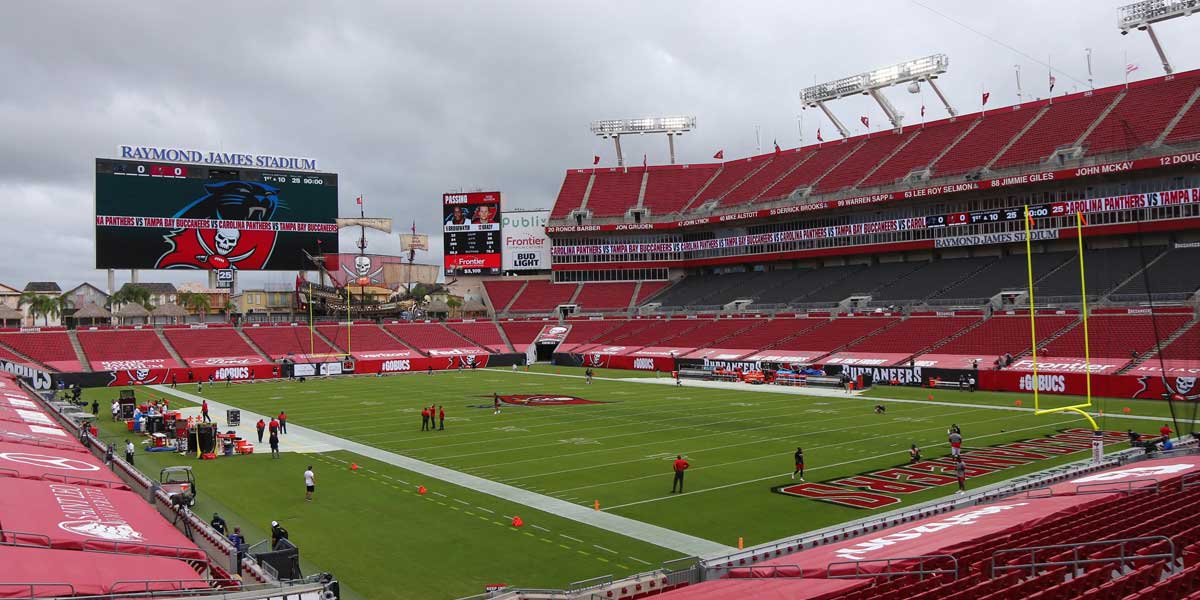 TAMPA, Fla. - The weather could impact Super Bowl LV between the Kansas City Chiefs and Tampa Bay Buccaneers in a major way.

If it is raining by the time players take the field for kickoff, expect a more run-heavy game script from both teams which would in return hurt any Super Bowl bettors that placed wagers on passing props.

Super Bowl LV very well could be affected by the weather as Florida is known for having spotty showers that could cause teams to alter their game plans slightly. In Florida, the climate is tropical which means snow won’t be an issue.

However, winds and rain are the biggest potential weather issues the Super Bowl could have.

Last night there was rain in Tampa, but the forecast for today says it is supposed to be clear in time to not have an impact on the game.

Looks like the overnight rain and thundershowers are done here in Tampa as the tarp comes off the field for Super Bowl LV. Kickoff a little over 9 hours away. pic.twitter.com/j1oowDQ6Pn

Raymond James Stadium, where the Super Bowl will be played doesn’t have a retractable roof like other stadiums. So, whatever mother nature throws players' way, whether it is rains or high winds, the game must go on.

The weather is expected to cooperate for the Super Bowl with a 10% chance of rain expected for the duration of the game.

The wind would have a negative effect on both passing and field goal props for the Super Bowl as NFL bettors have an interesting cross-sport wager to consider at BetOnline.

What Will Be Higher

Since the weather isn’t expected to play a factor in the Super Bowl NFL bettors should take any of the players passing props at legal sports betting sites with confidence.

Whether wanting to bet on Tom Brady or Patrick Mahomes you can do so through one of the many betting props available.

The Buccaneers pretty much playing a home game in Super Bowl LV gives them a slight advantage over the Chiefs. For NFL bettors analyzing the weather is just another way to ensure that there will be no mistakes when placing bets.