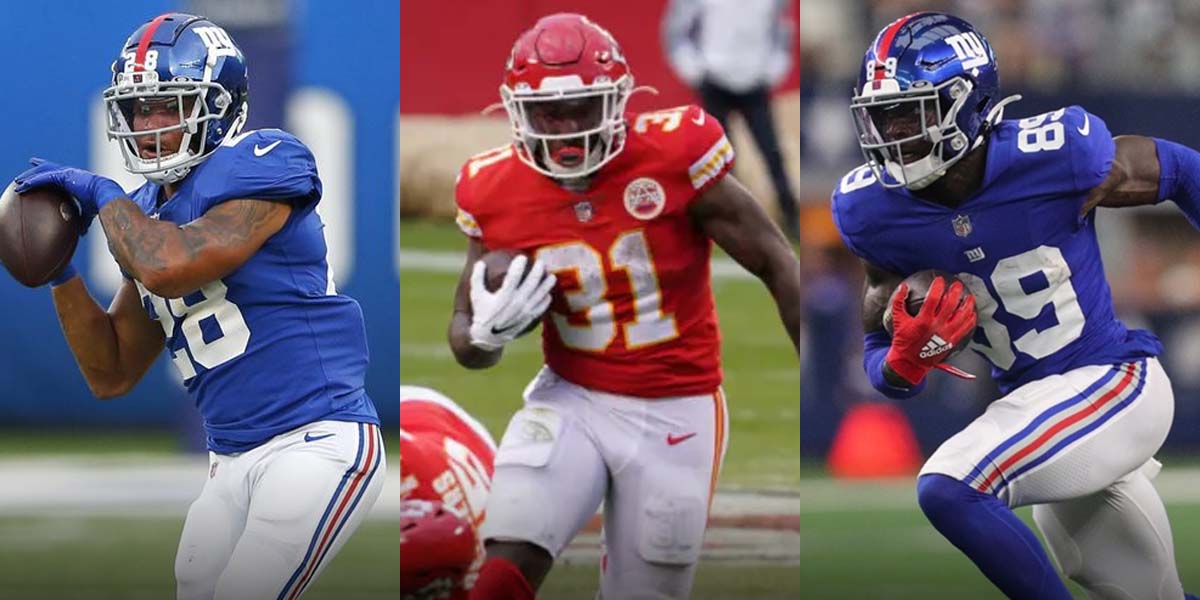 NEW YORK – Week 5 of the NFL season saw some unfortunate injuries to many key players. With these injuries, different players' fantasy values could benefit from an increased role. Players such as Devontae Booker, Kadarius Toney, and Darrel Williams all saw their value increase going into Week 6.

One way to gauge these players fantasy value is by looking at their player prop odds on online betting sites and even how they have done with those odds in previous weeks.

New York Giants running back, Devontae Booker, should be at the top of every fantasy GMs list when it comes to the waiver wire. Especially those who have Saquon Barkley on their team. Barkley left Week 5 against the Dallas Cowboys in the first quarter, after suffering a low-grade ankle sprain.

Upon Barkley’s exit, Devontae Booker stepped up for 16 carries following the injury. Booker’s night came to an end with 42 rushing yards, one rushing touchdown, 16 receiving yards, and one receiving touchdown for 20.8 fantasy points.

Booker’s value skyrockets as he is the only reliable running back now with Barkley likely out for Week 6. Looking back to last season when Barkley missed all but two games, his backup went on to score six touchdowns in the five weeks that he served as the team’s RB1.

With no real timetable for Barkley’s return, Booker could be in line for some breakout performances.

Sticking with the New York Giants, rookie wide receiver, Kadarius Toney, is coming off of his second game in a row with 13+ fantasy points. In fact, his Week 5 performance was monstrous as he caught 10 of 13 targets for 189 receiving yards, which was good for 29.6 fantasy points. Aside from Toney’s night ending in the mid-fourth quarter, his fantasy value is rising quickly as injuries have opened up his path to the team’s WR1.

Looking at Toney’s NFL player props going into the game, they were set at 4.5 receptions, 0.5 touchdowns, and 50.5 receiving yards. While he did not record a touchdown he cashed the OVER on both his receptions and receiving yards props by a wide margin.

The Giants went into Week 5 without two of their starting receivers in Sterling Shepard and Darius Slayton. During the game, Kenny Golladay left the game at halftime with a hyperextended knee. While there has been no news on if any of these receivers will suit up in Week 6, Toney could be in line to crush his player props once again.

Toney can be found in 83% of fantasy leagues going into Week 6.

Darrel Williams should be on everyone’s radar following the knee injury that Clyde Edwards-Helaire suffered on Sunday night. CEH was carted off of the field in the first quarter and was ruled out shortly after. Darrel Williams finished the night with five carries for 27 rushing yards, and three receptions for 18 yards.

While his performance was not eye-opening, he is worth a look if he does take over as the RB1 on one of the league's best offenses. Williams’ player props were set at 16.5 rushing yards and 9.5 receiving yards in Week 5 and he could be looking at similar numbers in Week 6 against the Washington Football Team.

Williams is a player in 16% of fantasy leagues.