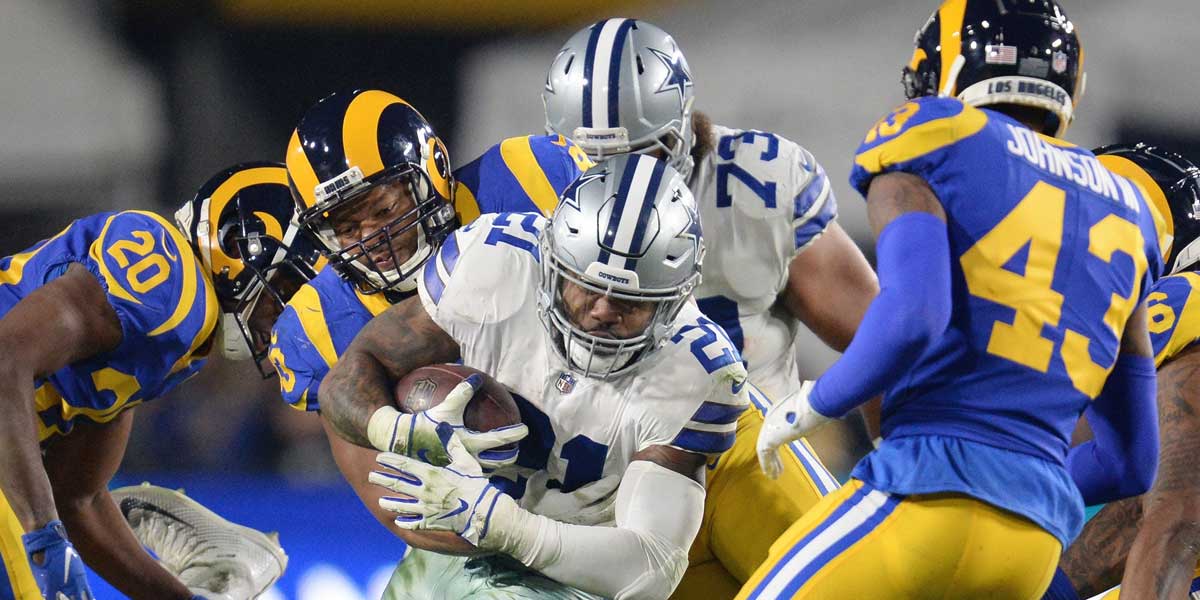 HONOLULU, Hawaii. – In the first neutral-site preseason game for the Los Angeles Rams since they played in the NFL Hall of Fame in 2001, the battle against the Dallas Cowboys begins on Saturday.

This exhibition game will be a replay of the NFC Divisional Playoffs, where the Rams beat the Cowboys by just over a touchdown. This game will not feature many of the starters, especially on the Rams side, who are dealing heavily with injuries all around.

Furthermore, both teams sent players to Aloha Stadium in Honolulu to have their leadership around but also were reluctant to require travel from the guaranteed starters and those who are injured, like Cowboys offensive tackle Tyron Smith.

With this, there are three players of importance to watch. These athletes may not necessarily be fighting for a starting spot on the roster, but their involvement with the team has proven to be positive so far and they can find their way onto the 53-man rotation when the season begins.

Smith has been in the NFL since 2015, where he participated with the New York Jets for three seasons before tearing his ACL (for the second time) and being waived in the summer of 2017 and 2018. The Cowboys have given a chance to the college football national champion, and high school track star.

Smith finished the first game with a team-high 54 receiving yards on 3 catches but could have had a much more explosive game if given the opportunity. Between bad throws and misreads, Smith was open for a few extra plays, including a short touchdown, that would have allowed him to stand out a little more.

The wide receiving core for the Cowboys is already packed and top-heavy. With a run-heavy offense as well, there may not be room for Smith on the roster. Still, his improved route running and desire to return to the regular season is clearly evident.

Linemen might not be the most exciting prospects to watch for some, but others can determine a lot about a team by watching the trenches. Evans is a rookie out of Oklahoma and was drafted at the end of the third round of the NFL Draft. The first-team All-Big 12 offensive tackle had a big role in the first game, playing all 59 of the team’s offensive snaps.

He is expected to be the backup to veteran Rob Havenstein in the regular season but might be able to impress the coaches more in this matchup. Every snap Evans is a part of will only help him get adjusted to the speed of the NFL. USAOnlineSportsbooks.com knows he could serve a vital lineman for the Rams in the near future should any unexpected injuries occur.

Drafted in the seventh round in the 2018 NFL Draft, Howard was signed, waived, and re-signed by the Rams in his first season. Howard played safety during his first year at Texas Christian but converted to linebacker, where he showed he could cover the middle of the field quite well for pass protection.

Expected to only play linebacker from here on out, Howard is battling for an inside linebacker position that is between two other players on the team. Still, Howard will get much playing time in this game, and he can once again attempt to prove to the Rams that he is worth a position on the 53-man roster. With a strong college career, the Rams know what they have in this linebacker and it’s time for Howard to show what he can do on the next level.