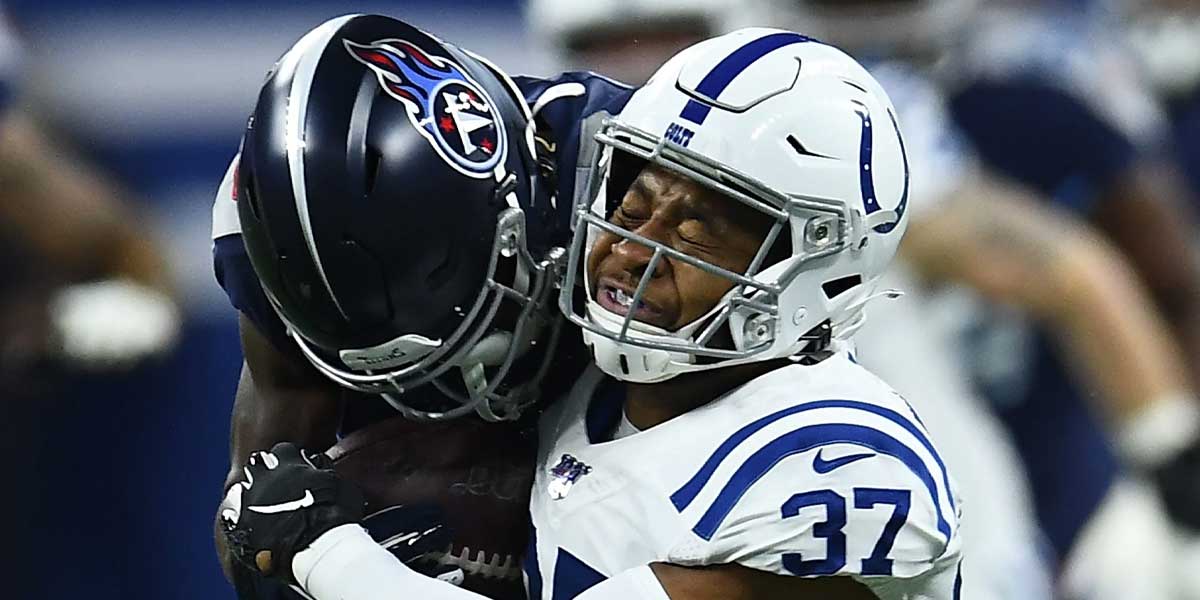 NASHVILLE – This week's edition of Thursday Night Football brings an AFC South showdown to primetime as the Indianapolis Colts take on the Tennessee Titans. This will be the first meeting between the Colts-Titans this season and whichever team wins this game will have the upper hand in the race for the division title.

Only one game separates the first-place Titans and second-place Colts from having to share the AFC South's top spot.

The Titans are slim favorites in this game but the Colts and their defense cannot be counted out. Below are the best player props at USA online sportsbooks to take action on for Thursday Night Football.

Brown has eclipsed the 66.5 total receiving yards prop in two of his last four games but the Colts defense allows the third-fewest passing yards in the NFL and this could be a very tough matchup for Brown.

Take the -105 odds that he records under 66.5 receiving yards as Ryan Tannehill will likely be forced to look elsewhere to get the passing game going.

Winner: Over 267.5 Passing Yards (-110). Phillip Rivers has only eclipsed the over for this prop once in his last four games but facing a Titans defense that will be without one of its top corners in Adoree’ Jackson.

The Tennessee Titans defense isn’t one for quarterbacks to shy away from as they’ve given up the sixth-most passing yards per game (275) in the NFL this season. If the Colts defense can’t contain the Titans offense Rivers will also be forced to pass more.

Winner: Over 1.5 Touchdown Passes (-190). Titans quarterback Ryan Tannehill has thrown at least two touchdowns in every game this season since Week 3.

While the Colts defense is among one of the better units in the NFL, Tannehill should be able to extend that streak this week. It certainly won’t be easy but with Derrick Henry likely taking pressure off Tannehill in this game, the passing lanes should be open especially in the red zone.

The Colts-Titans Thursday Night Football matchup has kickoff scheduled for 8:20 p.m. ET and will be broadcasted by FOX.