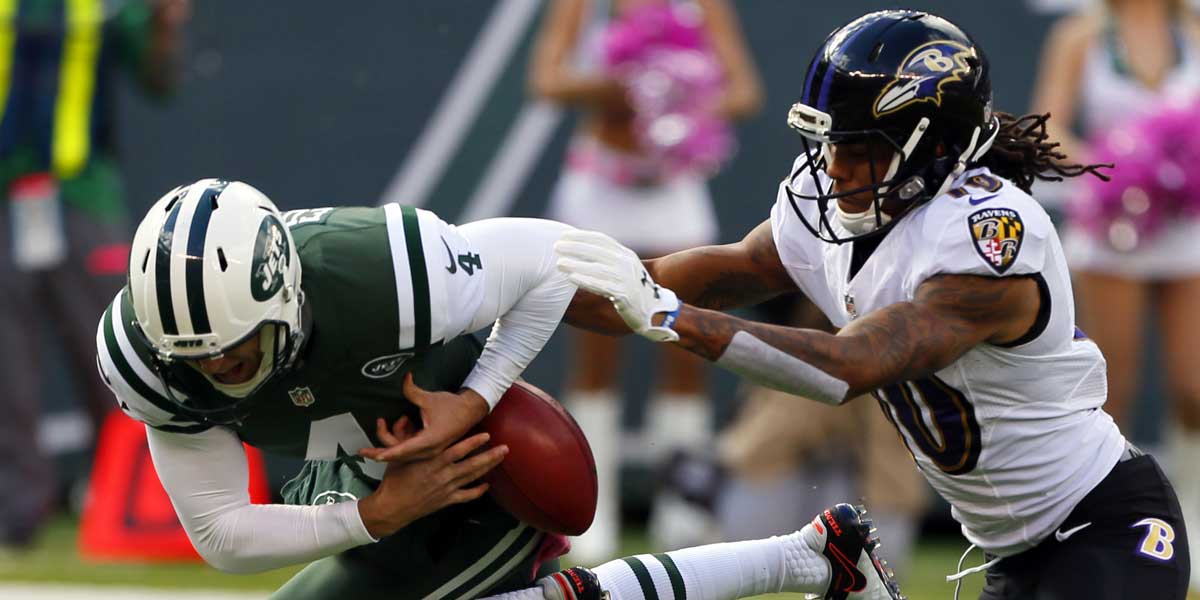 BALTIMORE - Week 15 in the NFL has arrived and we have a defensive matchup between the New York Jets and the Baltimore Ravens. With the Ravens on a roll heading into the playoffs, the Jets defense is looking to slow down the hot Ravens offense. US sportsbooks don't see that happening, judging by the point spread.

The last time these two teams faced off, Lamar Jackson was playing for the Louisville Cardinals and put up 355 passing yards and threw three touchdowns vs NC State. Also running for 76 yards and a touchdown that game, Jackson later won the Heisman Trophy that year. Now in his second year as a pro, he is putting up similar numbers and is favored (-1000) to win the MVP in the NFL.

Jackson is helping the offense average 33 points per game and Jackson is leading the team in both passing and rushing yards. Even with Mark Ingram closing in on 1000 yards, Jackson is already past that mark with three games left. On pace to break Michael Vick’s rushing yards record in a season, Jackson is arguably the best quarterback in the league.

Jackson will face a Jets defense that is not kind to the rushing attack. Gregg Williams has this defense giving up only 78 rushing yards per game which ranks second in the NFL. With the Ravens (-1500) favored against the Jets (+775) this rushing matchup between the two will be the defining moment of this game.

Even with the good rushing defense, the Jets passing defense is not bad. Ranked seventh in the league in passing yards given up, they are finding ways to get off the field. This Ravens offense will challenge Gregg Willams in every way.

The main problem for the Jets is their offense. Only putting up 17 points a game is hurting them more than helping. Sam Darnold has thrown for over 2000 yards but only 15 touchdowns. The biggest issue is the offensive line with Darnold getting sacked 28 times. By expecting to get hit, Darnold is forcing more throws leading him to throw 11 interceptions on the season.

Another reason this offense can’t get going is that they have yet to get their running game going consistently. New running back Le’Veon Bell is having the worse season of his career with only 589 rushing yards. With a different offensive line in New York, his production is not close to his production in Pittsburg.

This Jets offensive line is struggling in both the passing and rushing game and the Ravens defense may very well capitalize on this. Already with 33 sacks on the season, this defense is hungry for more.

The big move that has paid off for the Ravens is acquiring  Marcus Peters from the Los Angeles Rams. Peters has two of his interceptions returned as touchdowns. With Darnold on the other side of Peters, betting that a defensive TD would happen in this game (+185) wouldn’t be a bad idea.

The Ravens still bring a dominant offense that has yet to be stopped and it’s not just Jackson who is killing it on this team. Ingram is leading the team with nine rushing touchdowns. Also, Mark Andrews seems to be Jackson’s favorite receiver with over 50 targets and seven touchdowns. Even playing against this stout Jets defense, the chances of the Ravens scoring over 4 touchdowns (-125) is highly likely.

Although this is the NFL and anything can happen on any game, the Ravens have a good chance to beat the spread at (-16.5). Jackson and company look unstoppable. Even though this Jets defense will be ready, their offense is their Achilles heel and will likely do more damage than help.