Skip to content
USA Online Sportsbooks | Sports Betting | About That Tiger Hand: Nobody Knows What A “Bad Beat” Is 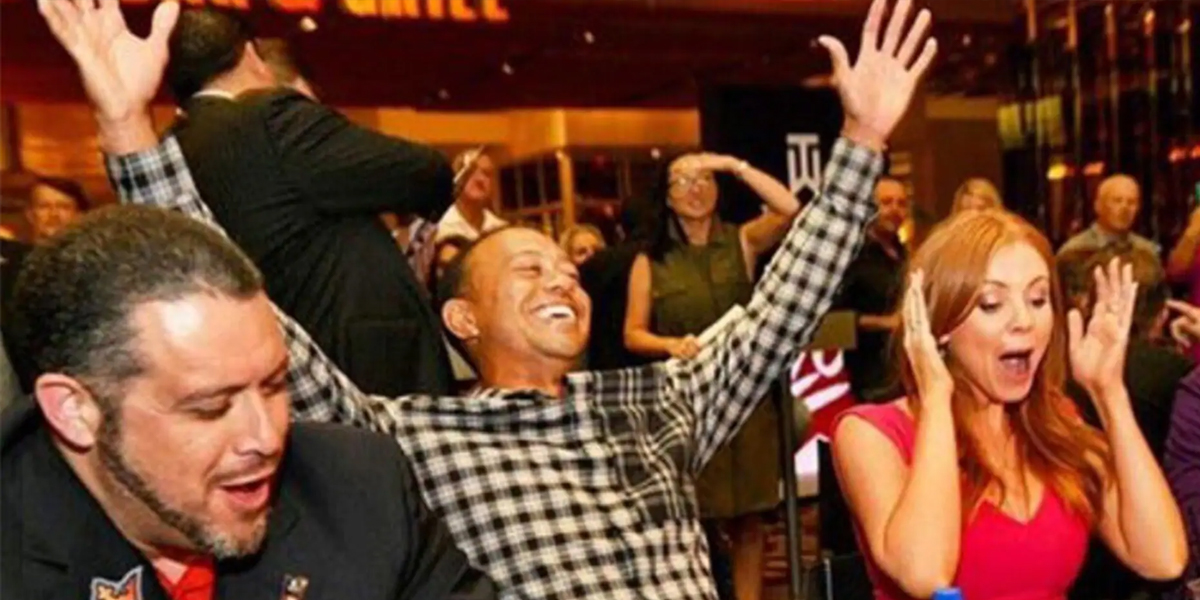 LAS VEGAS – In case you missed it, there was a celebrity poker tournament this weekend. The contest was part of Tiger Woods’ “Tiger Jam” charity event, hosted by the MGM Grand in Las Vegas. Tiger lost.

And the news media lost the plot.

Consider a few of the bluster-filled headlines and leads that cropped up after Woods went down:

On Twitter, a search for “Tiger Woods bad beat” brings up tens of thousands of results, as first-time bettors opine on the outcome of that fateful poker hand.

Except that fateful poker hand wasn’t a bad beat. Not even close.

In gambling, like in everything else, words and phrases mean specific things. With every media outlet finally empowered to openly publish gambling and sports betting-related content, many writers are now tasked with discussing a pastime with which they’re not personally familiar.

For those new to gambling, a “bad beat” denotes a specific sort of circumstance. Originally, bad beats were poker concepts, but they’ve also come to be used in sports betting. It is in this latter context that the term is most widely misapplied.

Essentially, a bad beat can be said to happen when a gambler has a very high probability of winning a given hand or bet but ultimately loses due to some unlucky late-game or last-minute event.

Nevertheless, bad beats are often mischaracterized in the media. A beat isn’t a literalism. It does not mean that you are badly beaten, nor that it is just plain bad to be beaten. It doesn’t mean that you lost a bunch of money, either, bad as that might be.

Even if a certain contingency is objectively unlucky, that doesn’t mean it’s a bad beat. Unlucky outcomes happen all the time in gambling and sports betting.

A true bad beat requires a rare statistical aberration that tips the scales away from a perceived certain win.

It’s not a bad beat just because a bettor put $100,000 on a favorite who gets soundly beaten.

It’s not a bad beat just because a bettor was primed to win but a last-second free-throw sealed the victory for the other side.

It’s not a bad beat just because a bullpen blows a late-game lead.

It’s not a bad beat when a poker player goes all-in on a pocket ace and loses.

This last example is what happened at Tiger Jam. In the poker game in question, Tiger Woods had a king of clubs and an ace of spades, while Russell Westbrook had pocket queens (clubs and diamonds). Both players went all-in before the flop.

The flop included an ace of hearts, a queen of spades, and a four of spades. Woods’ pair of aces was soundly beaten by Westbrook’s three of a kind.

Yes, it was a high-stakes poker game. Yes, Tiger went all-in with ace-high. Yes, Westbrook beat him. Tiger made a bad bet, but it wasn’t remotely a bad beat.

In poker, you win by having the best hand. A pair can be a decent hand, but it’s near the bottom of the charts in terms of winnability. And Tiger didn’t even have a pair – he went all-in on a pocket ace. In other words, Tiger went all-in on a pretty crummy hand for scoring purposes, relying on the flop to bail him out.

Here are the types of poker hands ranked in order of win probability:

At least some media outlets got it right.

Of course, it wasn’t even much of a showdown. In Tiger’s case, to USAOnlineSportsbooks.com it seems like the guy simply had other stuff he’d rather be doing at his charity event.