Skip to content
USA Online Sportsbooks | Sports Betting | Tiger Out Of The Match 3: Charles Barkley, Curry, And Peyton In 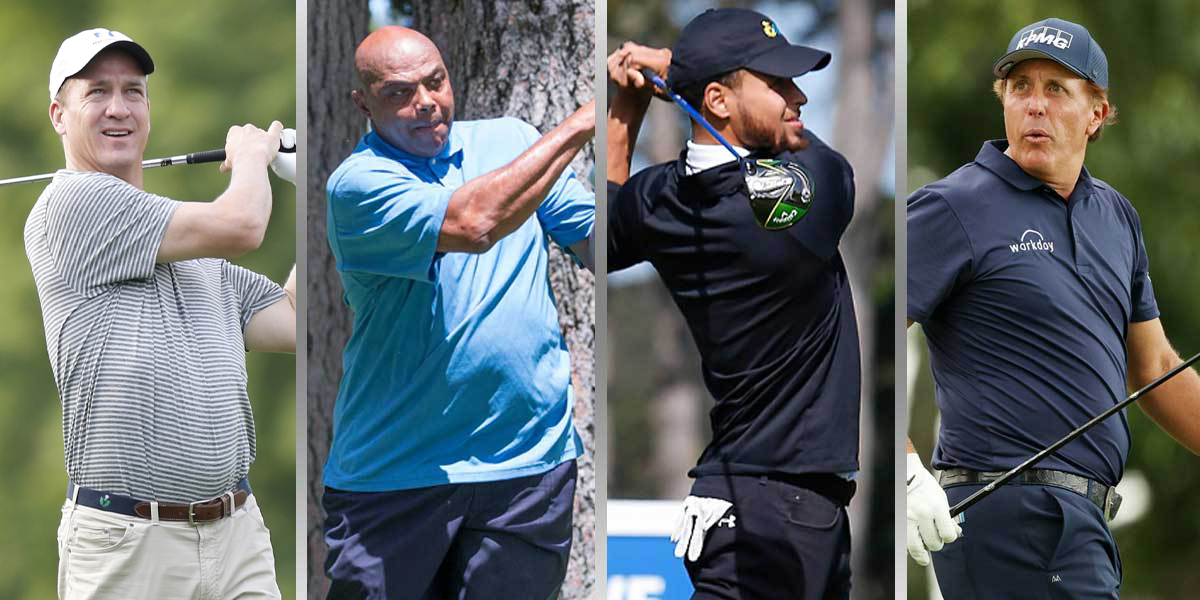 The Match 3 proceeds will benefit Historically Black Colleges and Universities among other Initiatives.

Unlike the previous two versions of The Match, there will only be one professional golfer participating in this event as Tiger Woods will sit out of this event for the first time.

Charles Barkley and Phil Mickelson will face Stephen Curry and Peyton Manning in a charity golf match on Nov. 27.

Proceeds will go to historically Black colleges and universities. pic.twitter.com/MtAojBMPin

The Match 2 was widely successful raising over $20 million and attracting an average viewership total of 5.8 million in March according to CNBC.

The Match 3 taking place the day after Thanksgiving should help the event draw more viewers than the previous versions of the tournament.

While it’s still early and no location has been picked to host this tournament Turner Sports Analyst and hobby golfer Charles Barkley has already made it known what his goals for the tournament are.

“Capital One’s The Match has been a lot of fun to be a part of over the past few years and I’m excited to finally show off my skills on the course. Phil and I got this, I GUARR-AAAN-TEEEE!!!,” said Barkley via a press release. Barkley guaranteeing a win is laughable considering just how bad he is at golf.

The Chuckster is back on the golf course 😂⛳️

Chuck teams up with @PhilMickelson for the #CapitalOnesTheMatch: Champions for Change // Nov. 27 on TNT & in the @BleacherReport App! pic.twitter.com/HLmaS9KHmQ

The Match 3 without Tiger Woods should still be one of the most-watched and bet on golf events with 2020 winding down. The early betting odds on the match favor the Curry/Manning pair as they are both better golfers than Barkley.

Bovada has wasted no time posting the odds for The Match 3 and as we get closer to the start of the tournament expect the online sportsbooks to list some prop bets on the event as well.

Odds To Win The Match 3

Winner: Phil Mickelson/Charles Barkley (-105). The Mickelson/Barkley duo will make this a close match despite Barkley being the worst golfer among the participants.

However, playing with a pro like Phil Mickelson could easily offset any deficiencies in the NBA greats golf game. Peyton Manning played well in The Match 2 when he was partnered with Phil, but his performance wasn’t good enough to knock off Tiger and Tom Brady.

Stephen Curry has played in Pro-Am tournaments before, but his golf game might not be good enough to carry him and Manning to victory. The -105 odds at online sportsbooks on Barkley and Mickelson to win should be taken as lefty won’t let this team lose no matter how bad Chuck plays.

The Match 3 will take place on November 27 at Stone Canyon Golf Club while the start time hasn’t been set yet the event will be broadcast on TNT and can be streamed through the Bleacher Report App.