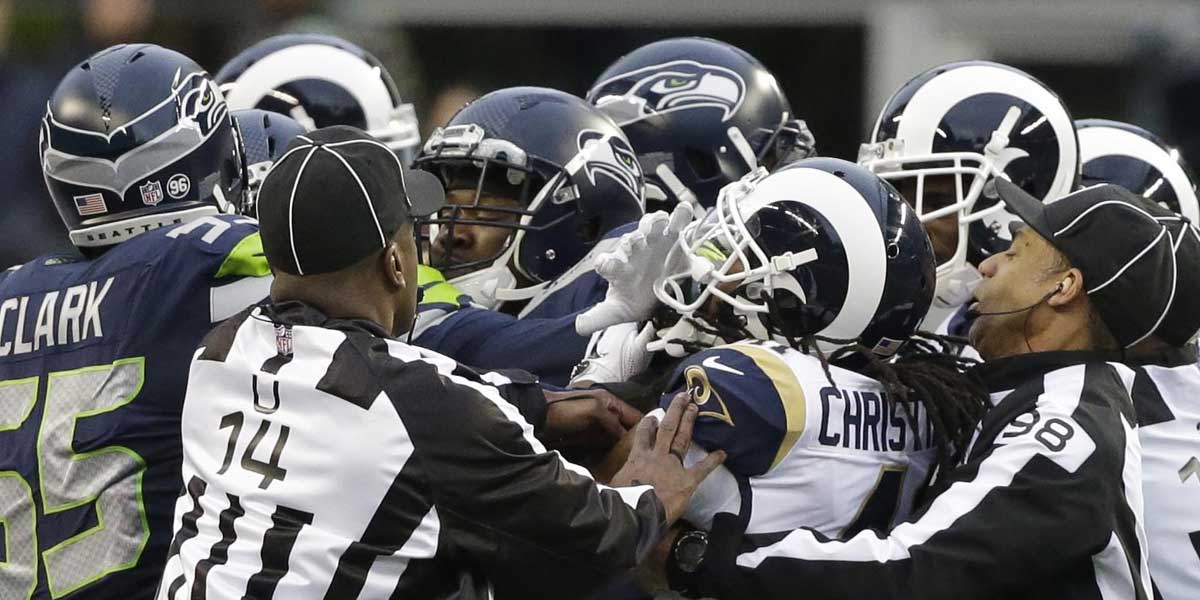 SEATTLE – Week 5 of Thursday Night Football is upon us. Tonight’s game comes in as a majorly important divisional game against the NFC Champions, LA Rams, and the Seattle Seahawks.

Both teams were favored to win the NFC West at the start of the season, though the odds for the Rams were slightly better due to their previous season’s performance.

Now, both the Rams and Seahawks are 3-1 on the year and look to take control of the division as well as remain atop the NFC Championship race.

Who Will Win The Rams Seahawks Game?

Despite being at home, the Seahawks (-125), are only slightly favored in the game (-1.5) at USA sportsbooks. The Seahawks are known for their impressive home-field play, having won seven of the last 10 at home in the regular season.

The Rams (+105) will look to play spoiler though, in hopes to give Seattle their second home loss on the season.

With this, bettors may look toward a few prop bets that could payout better than straight wagers on the spread.

Taking a chance on the Rams doesn’t seem like a bad call, especially with the road team’s recent success. Adding a few points in favor of the sportsbooks and taking an alternate line would have Rams’ bettors making much more money. The Rams -3.5 (+170) is one that stands out, as Rams are averaging margins of victory of 9.33 points per game.

Another bet that comes in with some high interest in what the largest lead of the game will be. Set at 16.5 points, those who believe this game will be closely contested would find an easy wager in the under (-130).

As both teams are also known for their defensive abilities, there is the possibility that no team scores during a quarter. If this happens, bettors who took a chance on a scoreless quarter (+305) will see their money tripled.

Taking it a step further, the defenses may also score some points for these NFC West powerhouses. Jadeveon Clowney scored the first defensive touchdown of the season for the Seahawks last week, as the team has recorded at least one takeaway in every game so far.

As for the Rams, they also saw their first defensive touchdown scored last week. Marcus Peters brought an interception to the house, and the Rams have also recorded a takeaway in every game this year.

The payout for scoring a defensive touchdown (+225) isn’t the highest, but bettors can hedge this by wagering on the turnovers in general. Both teams recording 0 or 1 total turnovers (+400) as well as recording 2-3 total turnovers (EVEN) allow bettors to properly hedge their risk, assuming the total number of turnovers stays generally low.

This game is projected to be of an average NFL score, as the over/under is set at 49.5 points. However, with these two defenses in charge, taking the under on a lower line gives bettors a nicer payout. With a small risk, bettors should look at under 42.5 points (+215) if they believe the score will, in fact, be lower than anticipated.

The Thursday Night Games earlier this year have recorded 13, 34, 27, and 61 total points, respectively. With this trend, the under seems like a safe play.

As the last prop bet that stands out, those who know the Rams or Seahawks will look to make a statement should consider a 2-point conversion being successful. The Rams finished second in the league last year with the most 2-point conversions and the Seahawks also had one to their name as well.

If either team can find a way to successfully go for two (+350), bettors will be smiling at the fact they took the risk.