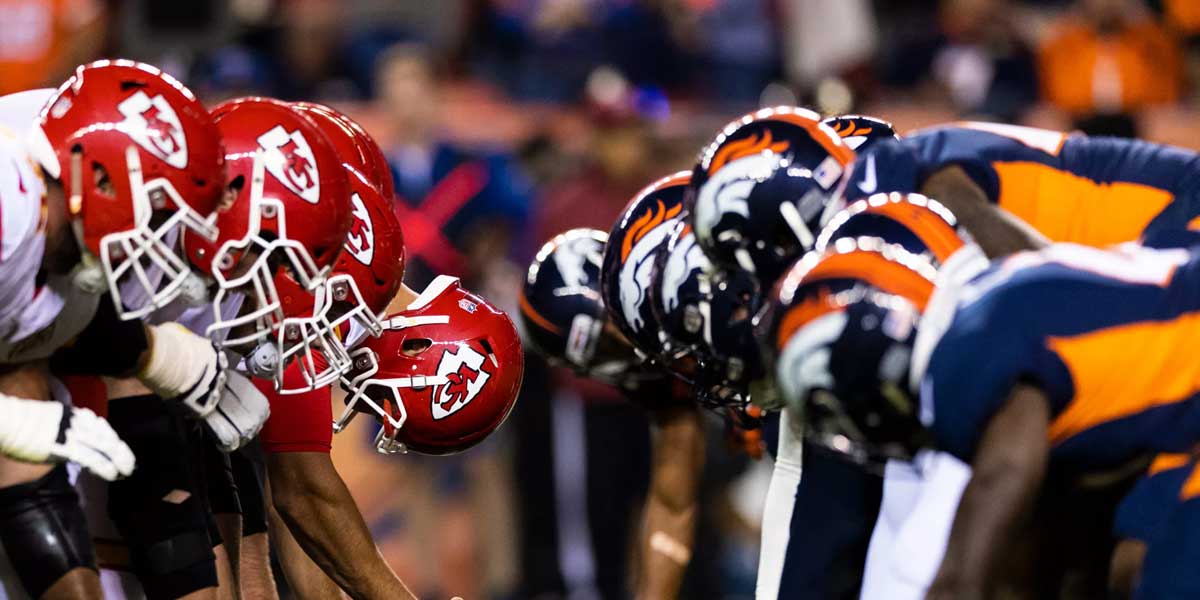 DENVER – Thursday Night Football will feature an AFC West battle between the division-leading Kansas City Chiefs and the Denver Broncos. The Chiefs are traveling to Denver looking to break to their two-game losing streak, while the Broncos are riding a high, having won their only two games of the season during the last two weeks.

The Chiefs (-155) are a field goal favorite for this contest, as the Broncos (+135) will look to play spoiler. The line opened at Chiefs -4.5, but bettors have shifted this line in favor of the home team.

However, at its current line, roughly four-fifths of every bet on the spread has been on Kansas City. Likewise, 71% of the bets have favored the moneyline for Kansas City as well.

At USA online sportsbooks the over/under is slated at 49 points, where 62% of the public is taking the under.

Betting On The Chiefs And Broncos

Though many are quick to jump on the side of the Chiefs, the NFL betting trends surrounding these two teams on the season give bettors no advantage.

Looking at the last three games these divisional opponents have played against each other, the nod goes to the Chiefs, as they have won the last three (covering the spread and hitting the under twice).

Instead of the point total, bettors should look at betting the spread or moneyline. KC is 6-1 against the spread in their last seven games against Denver and has won all seven in the process. Additionally, the Chiefs are 10-1 straight up against divisional opponents over the last 11 games while Denver is 3-9 straight up in their last dozen AFC West games.

Taking some prop bets on the Chiefs and Broncos may also seem to be worthwhile, as Denver’s strong defense puts rushing yard prop bets in very reachable positions.

For example, the odds for Damien Williams to rush for 23 or more yards pays out as the underdog (+125), while odds for LeSean McCoy to exceed 39 rushing yards is an EVEN wager.

Denver’s rushing defense at home is rated 31st in the league, and this could be a focus Kansas City looks to exploit for Thursday.

For Denver, they will likely look to get the passing game going early. At home, the Broncos have the sixth-best passing offense, whereas the Chiefs passing defense on the road is ranked 21st.

No matter which way a bettor is leaning, getting the prop bets in before kickoff is imperative. The game begins at 8:20 p.m. EST and can be viewed on FOX and the NFL Network.