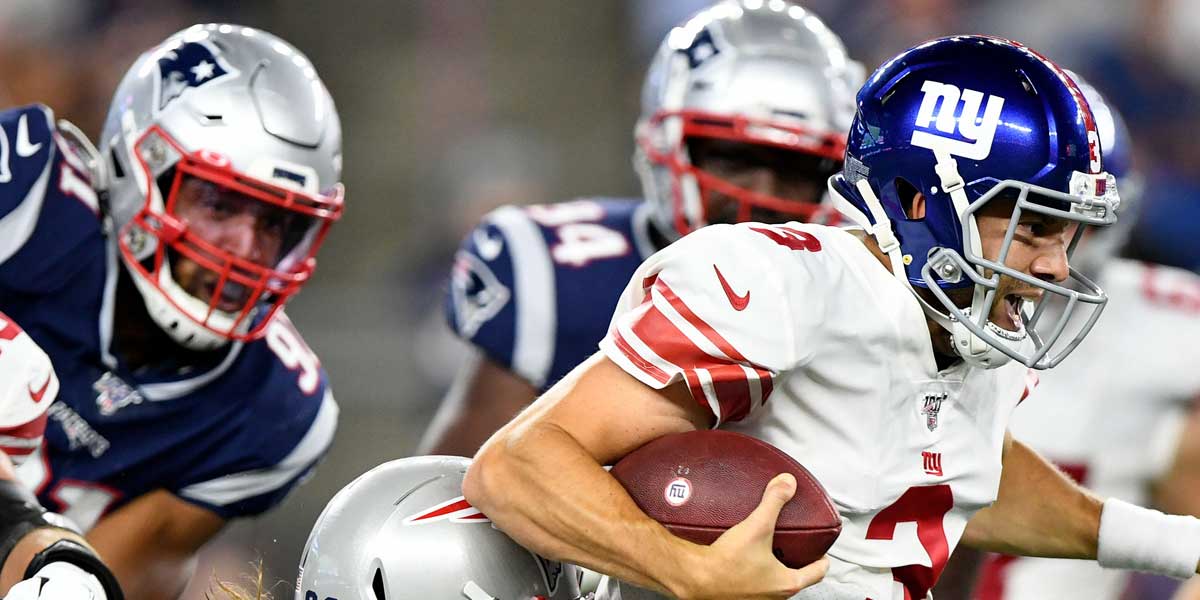 FOXBOROUGH, Mass. – Thursday Night Football brings out some of the best betting opportunities on the NFL. Tonight’s matchup is a two-time Super Bowl rematch when the New York Giants take on the New England Patriots.

The Patriots are 6-4 against the Giants all-time, but these two teams have only faced off three times since 2010. In those three games though, the Patriots have lost twice and the average margin of victory/defeat was 3 points. In fact, in the dozen matchups played between these two teams, the total point differential sits at a lowly 11 points and nine of the matchups were decided by a touchdown or less.

These are different teams than the Pats and Giants of the past though, as the Patriots’ defense is the best in the league and the Giants’ offense is riddled with injuries.

The Patriots are favored by 17.5 points and the over/under is set at 42 points. With the Giants (+750) being able to start Golden Tate, their offense may get going, but it seems unlikely the Patriots (-1400) will allow the Giants to move the ball easily.

The disparity of the powerful defense and the injured offense is so great that oddsmakers are offering ridiculously low betting lines on the Giants.

For the first half, the Giants are projected at 3.5 points, where the over (-145) is only slightly a favorite. For the game, the Giant’s total moves up to 12.5 points (-105 for over) – almost double the number of points the Patriots give up per game.

If the Giants can manage to make two field goals (+185), bettors would be able to take advantage of favorable betting odds; and knowing that oddsmakers are counting out the Giants early, an interesting proposition is slated regarding 2-point conversions.

Assuming the Giants score a touchdown, they may be inclined to go for two in an effort to play catch up, and any team successfully converting a 2-point play (+350) is a strong underdog.

For those who think the Patriots will take care of business, they should consider an alternate line to potentially make more money on their wager. As the Pats are 17.5-point favorites at US sportsbooks, bettors can remove some of the cushion and take the Patriots -20.5 for +155 odds.

The game kicks off at 8:20 p.m. EST and can be viewed on NFL Network, Amazon Prime, and FOX.