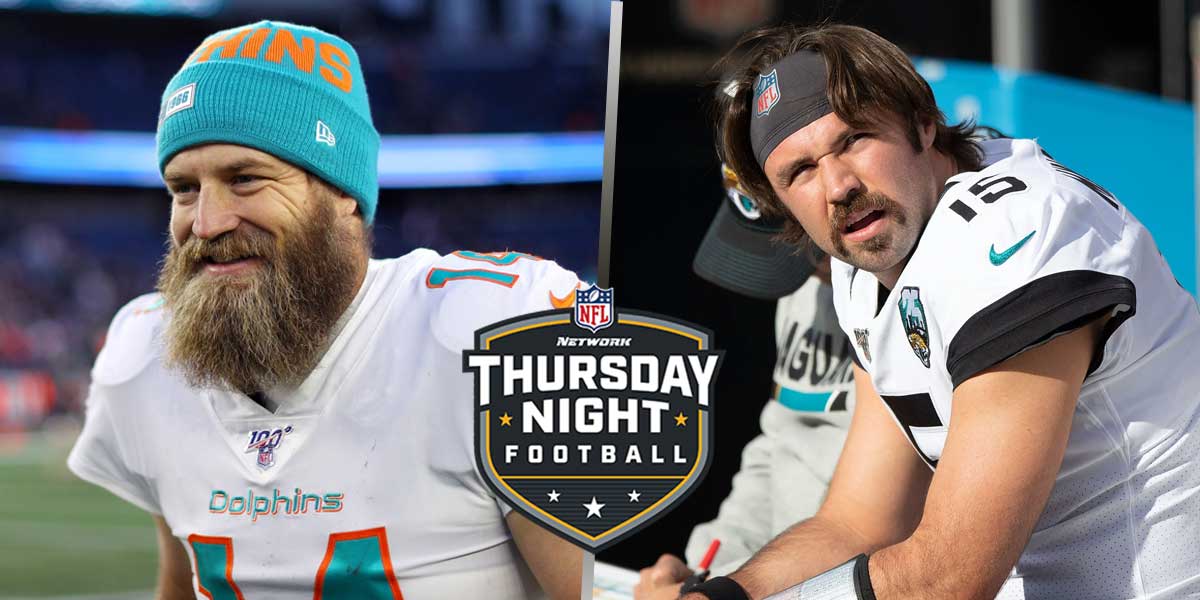 JACKSONVILLE, Fla. — Week 3 of the NFL regular season kicks off with a matchup between the Miami Dolphins and the Jacksonville Jaguars on Thursday Night Football.

While both of these teams aren’t expected to be Super Bowl contenders or even make the playoffs, this should be an exciting game as both quarterbacks have already found some extra motivation in this matchup.

After Ryan Fitzpatrick proclaimed beards are cooler than mustaches, Gardner Minshew responded: "I'll let mine speak for itself... but I'm gonna have respect for my elders. Especially when they're much, much elder." pic.twitter.com/vEC277ysCj

The Dolphins (0-2) and Jaguars (1-1) have both been surprisingly competitive to start the season. Jacksonville was expected to be one of the worst teams in the league, but their last two games went to the wire. The Dolphins in Week 2 loss to the AFC East favorite Buffalo Bills in a game that went down to the wire as well.

The surprising start to the season is largely due to the play of quarterbacks Ryan Fitzpatrick and Garnder Minshew. Both have shown that they can manufacture victories for their lackluster franchises which should catch the eye of all NFL betting fans.

Minshew’s team is favored to beat the Fitzpatrick led Dolphins by three points at U.S. online sportsbooks. The total for this game is set at 48 points which shows sportsbooks expect this All-Florida matchup to be one of the higher scoring games in Week 3.

Bettors should take the Over for this game as the offenses for both teams should be able to put up points with ease as both defenses have been mediocre to start the season.

Since this matchup seems poised to be a high scoring affair Bovada Sportsbook has listed a prop bet on which team will be the first to score 30 points.

The Miami Dolphins will likely be without star cornerback Byron Jones who hasn’t practiced all week. While they’ll still have Xavien Howard suiting up for them the absence of Jones will be felt as he’s one of the best corners in the NFL.

Jacksonville won’t have many major injuries on offense or defense coming into Week 3 and that should give bettors slightly more confidence to their +210 odds here.

Lastly, the Jags as a team have already eclipsed the 30-point mark once this season while the Dolphins haven’t. Expect the Jaguars to win the race to 30 led by Gardner Minshew tossing at least two touchdowns.

Don’t take Miami’s +375 odds as their offense even against a weak Jacksonville defense will likely have a hard time recording over 25 points.

The Dolphins rushing attack is weak and much of the offense will rely solely on Ryan Fitzpatrick’s shoulders. They’ll score in this game but winning the race to 30 is a longer shot for the Dolphins as the odds show.

The Dolphins-Jaguars on Thursday Night Football is slated for an 8:20 p.m. EST kickoff and will be broadcasted on NFL Network.