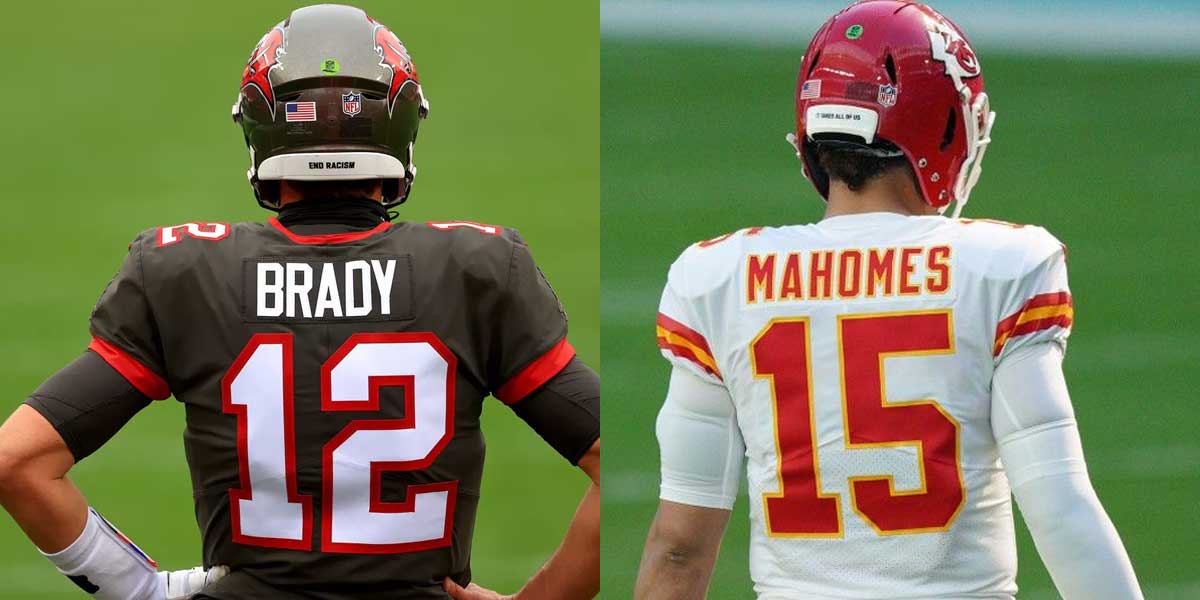 TAMPA, Fla. - As two legendary quarterbacks prepare to face off in Super Bowl 55, bettors are focusing on the complete playoff history of Tom Brady and Patrick Mahomes.

The pair have met four times overall, with one of those games coming in the playoffs.

Bettors are hoping that analysis of these previous matchups and career trajectory could lead to an edge on the sportsbooks. Currently, the Kansas City Chiefs maintain their three-point handicap on the majority of Super Bowl 55 betting sites.

Back in January of 2019, the New England Patriots met the Chiefs in the AFC Championship, and delivered an instant classic. After going up 17-7 at halftime, the Patriots and Brady were in control. That is until Mahomes led two touchdown drives down the field, throwing two scores to Damien Williams.

The Patriots were able to respond with a quick touchdown to go back up 24-21, but Mahomes was able to answer and reclaim the lead at 28-24. That was until Brady led a soul-crushing drive down the field and found Rob Gronkowski for a 25-yard touchdown, taking the lead 31-28.

The Chiefs were able to snag a field goal sending the game to overtime, where Brady would win the coin toss and match 75 yards down the field for the win.

Tom Brady and the offense converted on FIVE 3rd & longs (three of them in overtime) and a fourth down on Michel's go-ahead TD. New England took the lead twice in the final 6:30 before winning in OT. pic.twitter.com/OCkEiFJq6v

Brady went for 348 yards on 30 of 46 passing in that game with just one touchdown to two interceptions. A class Brady performance that might look strange on the statline, but secures the win.

Compare that to Mahomes going 16 of 31 for 295 yards and three touchdowns, with zero interceptions. Mahomes dominated the touchdown department, despite completing almost half as many passes as Brady.

Heading into this next matchup, the over/under for Brady’s passing yards sits accurately under that of Mahomes.

For his career, Brady averages 278.4 passing yards in playoff games. Patrick Mahomes is currently averaging 293.4 yards per playoff game in his young career.

It is important to compare the future career trajectory for the young Mahomes, who is still just beginning his career.

In those three playoff games, Brady averaged just 190.7 yards per game and threw just one touchdown. In Mahomes’ seven games so far, he has averaged 293.4 yards per game, throwing 17 touchdowns.

The point here is that Mahomes is currently on a trajectory unlike that which has ever been seen before in the NFL. Tom Brady is still willing his team to victory at the age of 43, but Patrick Mahomes has all the potential in the world to match his GOAT status one day.