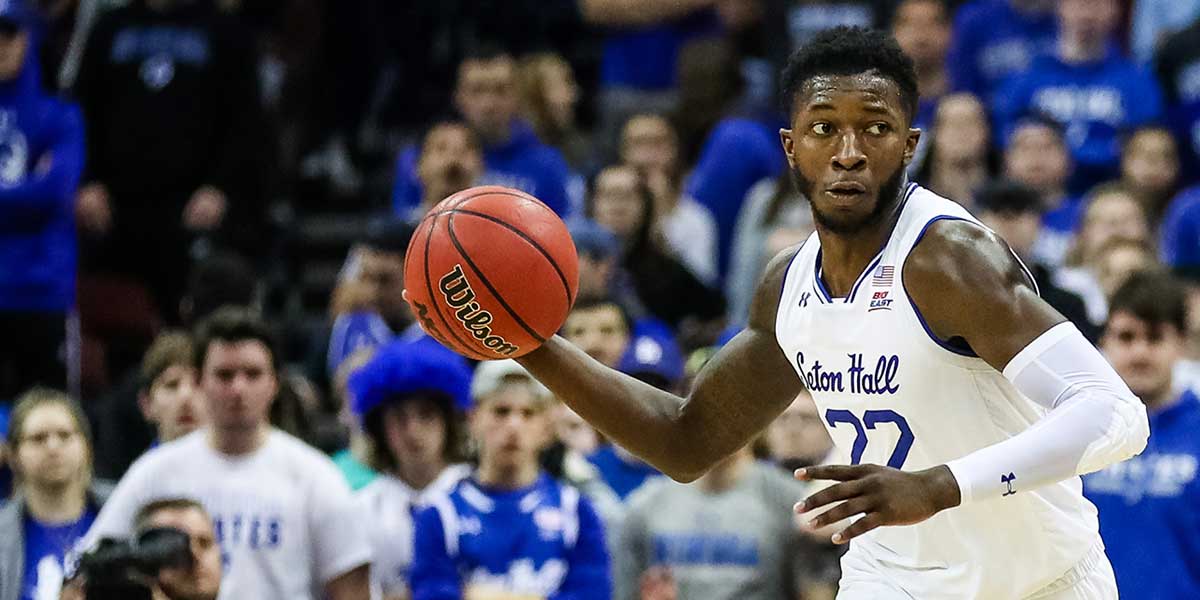 NEWARK, N.J. – The Big East Conference is one of the deepest leagues in all of college basketball and that depth will be showcased Wednesday night.

Four of the Conference’s five ranked teams will be facing each other as the No. 10 Seton Hall Pirates host the No. 23 Creighton Bluejays and the 18th ranked Marquette Golden Eagles are on the road facing the No. 15 Villanova Wildcats.

The Big East conference standings reflect the rankings in a way with Seton Hall (10-1) having a 3 game lead on Creighton, Villanova, and Marquette who all have 7-4 records in conference play. All of these teams seem poised to make the NCAA Tournament in March.

The Creighton Bluejays are six-point underdogs on the road against the Big East-leading Seton Hall Pirates. Each team has an above .500 record ATS this season with the Pirates having a 15-7-1 record and the Bluejays having a 12-9-2 record thus far.

If a bettor wants to roll the dice on an upset tonight, U.S. sportsbooks have Creighton’s money line odds listed at +210.

The total for this game is set at 146. History says to take the Over, as five of the last seven meetings between the Bluejays-Pirates have seen the total go over. Seton Hall should pull out the victory in this matchup if the team plays to their full potential which should extend their lead in the Big East by a game.

The Wildcats are five-point favorites at home against a Marquette team that hasn’t beaten them at the Finneran Pavilion in seven straight games. Villanova is the slight favorite despite coming into the game riding a three-game losing streak.

Villanova has not performed well ATS with a 10-11-2 record, while the Golden Eagles have been much better boasting a 15-8 record ATS. The underdog Marquette has been on a roll lately as they look to extend their winning streak to four games.

The Golden Eagles are a tough team led by point guard Markus Howard who is averaging 27.4 points, 3.3 rebounds and 3.1 assists this season. Expect for him to have another 25+ scoring outing tonight.

In this matchup, bettors should feel comfortable taking the Golden Eagles ATS or at their +185 money line odds at BetOnline which is slightly better than the +180 odds listed at Bovada. With the total set at 146, the Under seems more attractive as defense should reign supreme in this game.