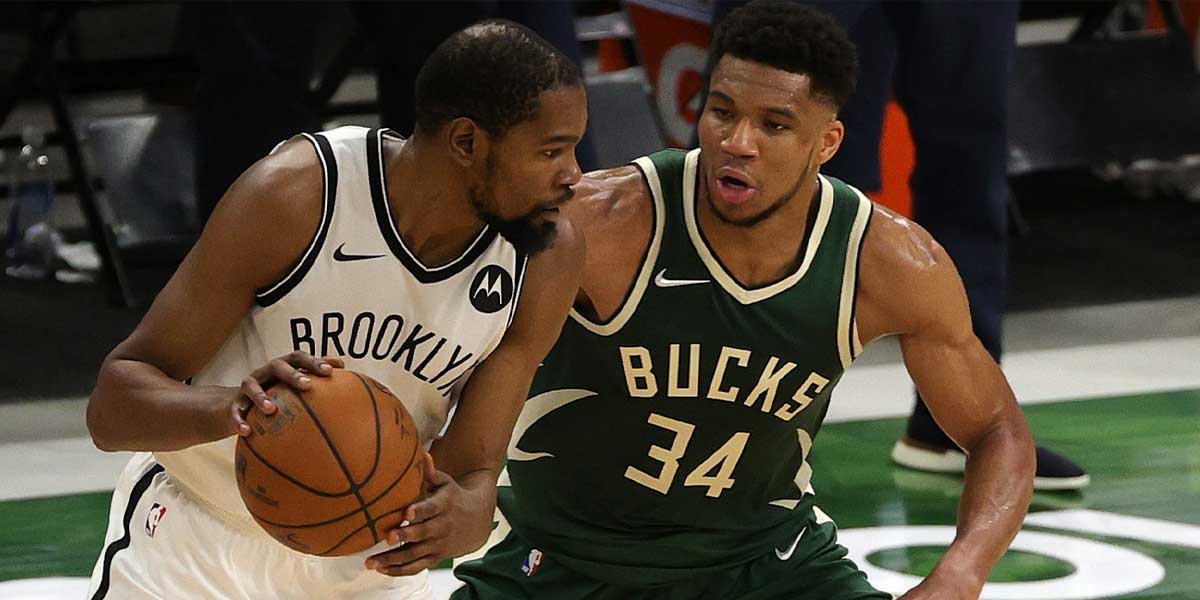 MILWAUKEE – The Milwaukee Bucks with host the Brooklyn Nets on Tuesday night in a battle between two of the top teams in the Eastern Conference.

Such a high-profile matchup brings many betting opportunities. Here, we’ll dive into some of the more intriguing prop bets for the game.

These two teams just played on Sunday, and Giannis has 49 points. That would be enough to cover this line without the rebounds or assists. Antetokounmpo has played the Nets twice this year and gone over this mark in both games.

The Nets and Bucks are the two highest scoring teams in the league and should make for a high scoring game (O/U is set at 242.5). Online sportsbooks have accounted for this, but the Over 48.5 seems to carry some value.

In a shootout like this game is projected to be, Harris should find some open shots behind the arc. If the 48% three-point shooter can knock some down, NBA betting fans could have an easy ticket to cash.

Since James Harden has been out, Kyrie Irving has stepped back into the point guard role for the team. While Irving has missed this mark in each of his last three games, he eclipsed 6.5 assists in 10 of his previous 13 games.

If anyone is interested in betting the Under for the game, this line might carry a little extra value. Each of the two previous games between these teams have been high-scoring affairs (125-123, 117-114), but now that the teams have seen each other a couple of time, the defenses should figure things out.

Well, probably not, but if anyone feels strongly about a lower scoring game than what the sports betting sites predict, these odds may be intriguing enough to bet on.

Those betting on Bucks vs. Nets can watch their bets play out at 7:30 p.m. EST on TNT.