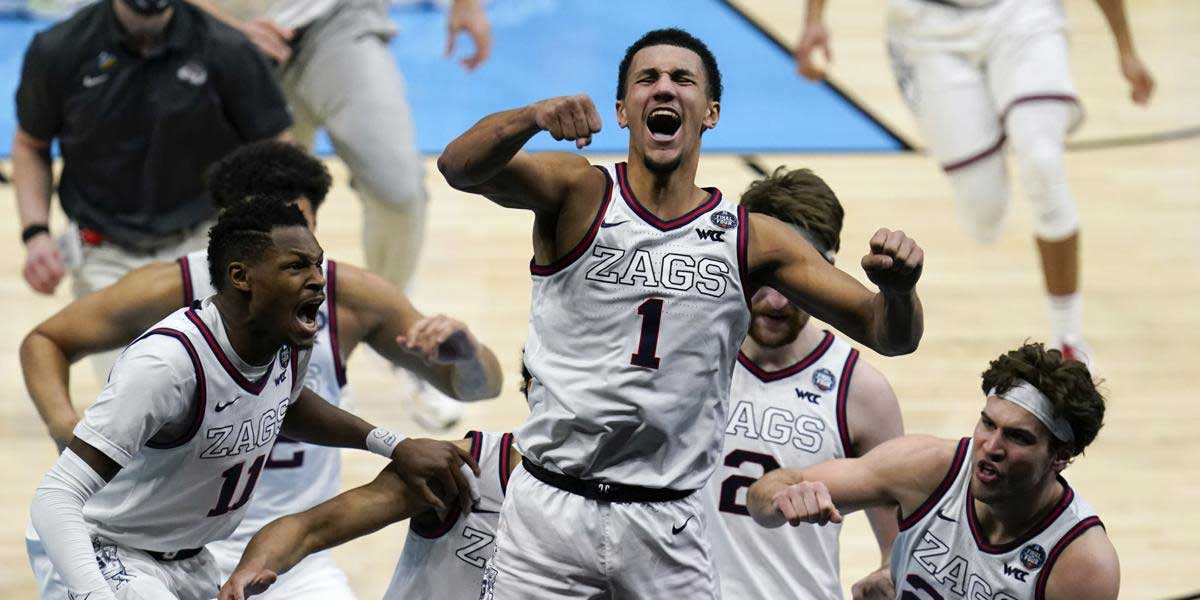 INDIANAPOLIS – The 2021 NCAA Men’s College Basketball Championship Game is set to air at 9:20 p.m. EST and will conclude what has been one of the most dramatic March Madness Tournaments of all time.

It will also be the last time that college basketball fans will be able to bet on March Madness this season.

The matchup between the Gonzaga Bulldogs and Baylor Bears is one that fans of the sport were robbed of earlier in the season due to COVID-19 cancellation. However, the two best teams in the country from start to finish of the season will be battling it out with everything on the line.

Gonzaga, who enters this game at 31-0, is favored to have a perfect season and is the odds-on favorite on both the spread and the moneyline. The Over/Under also signifies a high scoring game. But, bettors aren’t locked into these college basketball odds.

Alternate lines can be found on the championship game and provide a better return should they hit.

Currently, online sportsbooks have Gonzaga at -4.5 with -105 odds and Baylor at +4.5 with -115 odds. However, those that are high on either team can find better-priced odds by looking at the alternate lines.

There are some notable trends bettors should be aware of when exploring these lines.

The first comes at the fact that of the 31 games that Gonzaga has played, they have beaten their opponent by double digits in 29 of them. Gonzaga is also 4-1 against the spread in their last five games in the tournament, their lone ATS loss coming at the hands of the UCLA Bruins in the Final Four.

Gonzaga came into their Final Four game as 14-point favorites, making it much more difficult to cover.

Baylor on the other hand as gone 4-0 ATS in their last four matchups overall. The Bears are also 6-1 against the spread the last seven times they’ve come into a game as an underdog.

Both teams have the history to back their choice on the spread, making an alternate betting line all the more attractive.

The total for Gonzaga vs. Baylor is set at 159 points with -110 odds on both sides of the line. The line is set fairly high, but still less than both team’s average combined.

The drop-off could be linked to the greater defensive intensity from opponents and possible jitters from being on the sport’s biggest stage.

But, the trends for both teams point to the Over being the play.

The Over is 14-3 in Baylor’s last 17 games overall and is 10-3 in the Bears’ last thirteen games playing in a neutral court.