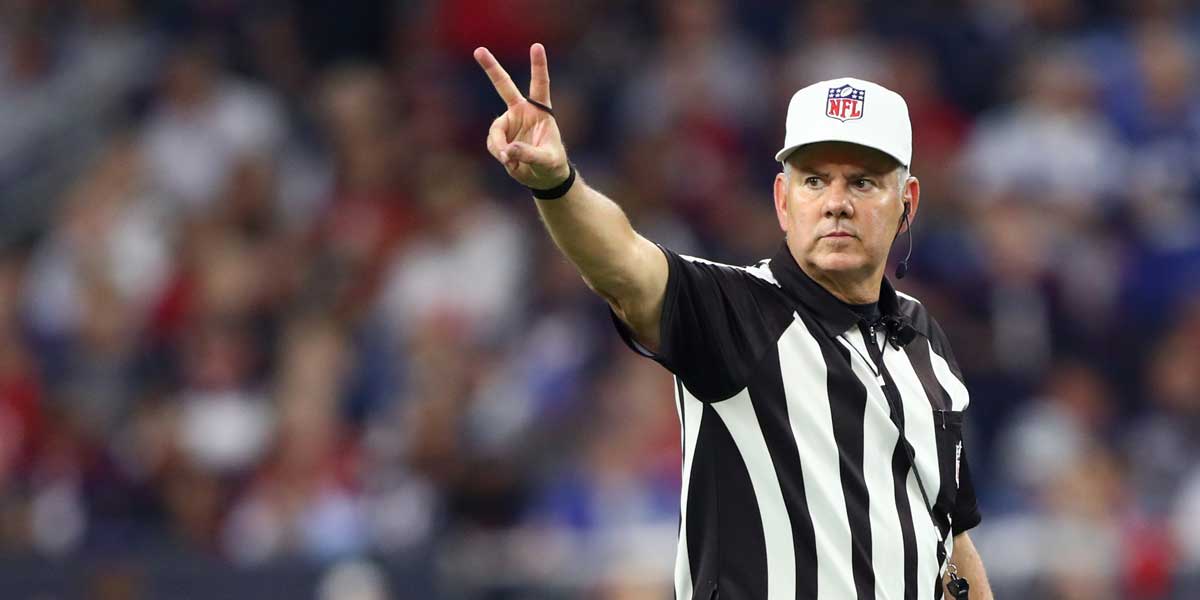 MIAMI – Bill Vinovich became an official with the NFL in 2001 and remained with the league until 2006. His retirement came after suffering a heart problem. Once he received a clean bill of health from doctors in 2012, he started working as a referee for the NFL again.

He has been officiating ever since.

This will mark Vinovich’s second Super Bowl in his 14-year career with the NFL. His first Super Bowl was Super Bowl 49, five years ago.

Still, sports bettors should understand every factor of NFL games before submitting a wager.

With his refereeing history, it is not at all surprising that Bill Vinovich has seen more games finish with the under hitting more often than not.

Vinovich is best known for the blunder of the NFC Championship Game last year, in which a clear pass interference call was not called – nor eligible to be reviewed at the time.

Flags under the watch of Vinovich are few and far between. This may cause offenses to not get bailed out often, allowing drives to fold before they can get into their opponent’s territory. His team’s average flags thrown per game is 11.63 flags.

This past season, all referees in the NFL have gotten a lot of flak for throwing too many or too few flags each game.

Statistically speaking, the Chiefs’ (-120) have fared better with Vinovich calling the shots, though. Of the 16 games he’s officiated for the team, they have a 10-6 record. The 49ers (+105) have split their dozen games evenly when Vinovich is the head official.

During the course of the 2019 NFL season, Vinovich was the lead official in 18 games. In 10 of those contests, the under was more favorable. The underdog also came out on top more often than the favorite, as dogs covered the spread under Vinovich nine times.

With a sole push on the year, it is clear Vinovich’s history supports the underdog. In the nine instances this season that the underdog covered, they also won the game in eight of those games.

This would see the San Francisco 49ers taking home a Super Bowl ring. Vinovich and his crew will blow the whistle (and hopefully not the game) on Sunday, February 2, at 6:30 p.m. EST.