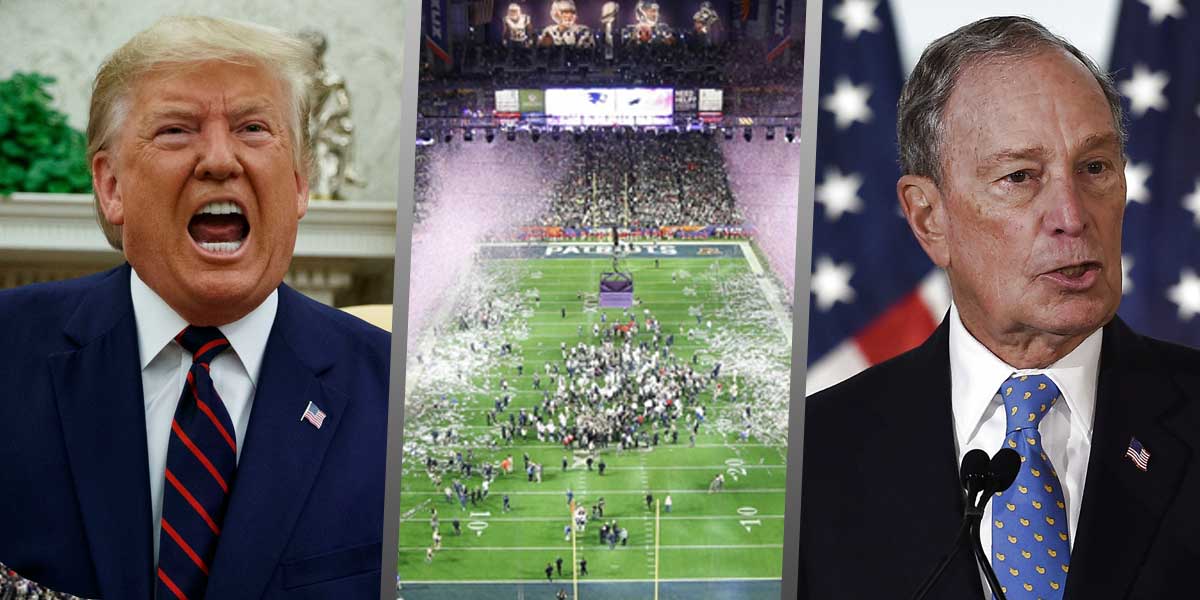 WASHINGTON – Both President Donald Trump and billionaire Michael Bloomberg have purchased $10 million in commercials to run nationwide during the Super Bowl for their 2020 presidential campaigns.

The championship football game is the most viewed sporting match in the country which will allow for an expanded level of voter viewership for the candidates.

“A lot of people in this country don’t vote, and the campaign has made it an emphasis to encourage people to vote who have never voted before,” said a Republican campaign insider. “Normal Americans watch the Super Bowl. It’s a way to get out the vote or do voter outreach to those who may have not been part of the process before.”

The two men both bought 60 seconds worth of ad time to air throughout the game. Since throwing his hat in the ring, Bloomberg has purchased an enormous number of ads to span nationwide. His wealth is what has gotten him as far as he’s gotten in the upcoming election. Various sportsbooks have his chances of winning a spot on the presidential ballot at +700, which is fourth place overall among other Democratic candidates.

Bloomberg’s last mayoral run in New York City in 2009 cost him $102 million for his campaign. That equaled to $174 per voter when all was said and done. He has no set budget for his presidential campaign, only one goal, “To beat Trump.”

President Trump spent a total of $322 million for his 2016 presidential campaign. Director of Communications for the President, Tim Murtaugh [* tweeted about the recent Super Bowl advertising purchase:

Super Bowl ad is an indicator that the @realDonaldTrump campaign is ramping up as 2020 begins.

The President’s record and unprecedented fundraising make this possible.https://t.co/eaf16cbUiU

Democrats, while not yet sure of Bloomberg’s (+1200) ability to win are happy that he can match Trump (-115) dollar for dollar when it comes to advertising and getting his name out to the public. With a platform as huge as Super Bowl 54, this is only the beginning of these two billionaire New Yorkers dueling it out on their road to the presidency.