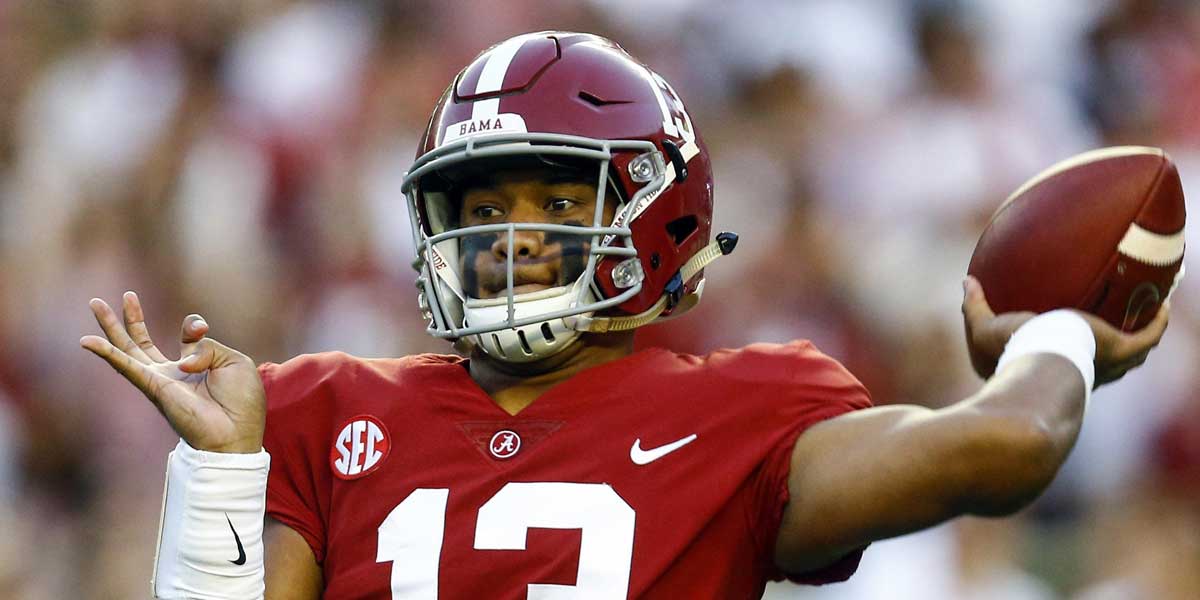 TUSCALOOSA, Ala. – In any other college football program, the loss of the starting quarterback would send betting odds into a frenzy with bettors taking all sides of the action.

However, the University of Alabama isn’t any other college football program. With the recent high ankle sprain injury of Tua Tagovailoa, the Heisman candidate will miss Saturday’s 7 p.m. EST game against the Arkansas Razorbacks.

When the week opened, many wondered how Tua’s injury would affect Alabama’s betting line. After opening as 34-point favorites, the Crimson Tide are now 32-point favorites but most of the public money is still supporting the Tide.

In short, the absence of Tua will not affect the betting lines against Arkansas.

With the Crimson Tide projected to win majorly and Tua to only miss one game, the odds at US sportsbooks regarding Alabama’s chances to make the 4-team playoffs (-230) have not adjusted.

Even further, Alabama is still the co-favorite with the Clemson Tigers to win the College Football Playoffs with odds of +300.

Tua And The Heisman

When it comes to the award he narrowly missed out of last season, Tua may find himself in a similar situation. Tua has been the favorite or co-favorite for the entirety of the college football season.

Last week, pre-injury, Tua was listed at -110 odds and looking like he was finally ready to hoist the trophy at the season’s end. Now, Tua has the third-best odds to win the Heisman (+300) due to the fact he will miss the upcoming game.

However, sometimes missing a game can be better for a player than having a poor performance. Still, LSU’s Joe Burrow (+125) and Oklahoma’s Jalen Hurts (+200) are the two leaders ahead of Tua and are likely to see their odds get closer to EVEN if they put on an “average” performance this weekend.

The Tide and Tua are certainly not out of the conversation due to his injury. Even further, those in support of these two are presented with the best opportunities to bet on the Alabama Crimson Tide and Tua to win the College Football Playoffs. Assuming the Tide gets the victory in Tuscaloosa on Saturday, the odds will float closer back to being the favorite shortly after.