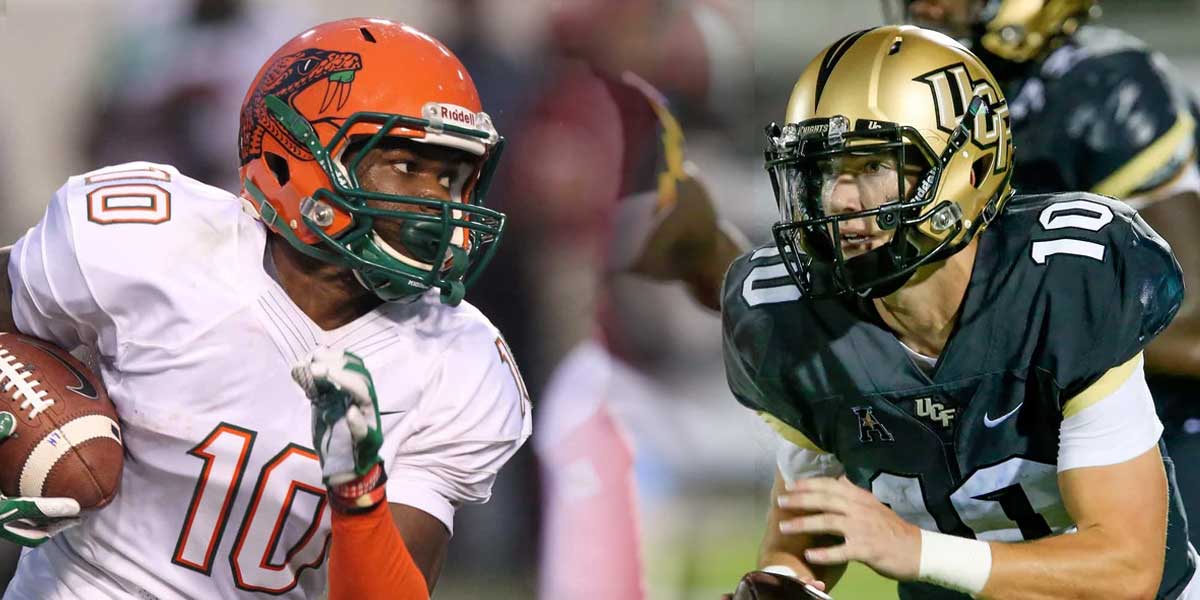 ORLANDO, Fla. – While last Saturday showcased two of the biggest college football programs in the state pinned against each other, this week will present another intriguing Florida-based college football matchup.

The University of Central Florida is set to host Florida A&M in Orlando at 7:30 p.m. ET. inside Spectrum Stadium. This is only the second matchup ever between the two schools. Florida A&M holds the sole victory in the all-time series having beaten the Knights 19-14 back in 1987.

However, UCF has become a much stronger program since then. The Golden Knights went undefeated in their last two regular seasons and won 25 games straight before finally losing to LSU in the 2019 Fiesta Bowl.

Many of those victories last season came with a high-powered offense powered by McKenzie Milton under center. Although, Milton suffered a devastating knee injury against USF in the final game of the 2018 season and will not start against FAMU.

Instead, Brandon Wimbush will start at QB for the Golden Knights 2019 season opener. US online sportsbooks seem to trust that the Knights won’t miss a step and have UCF favored by 47.5 points to beat FAMU. This is a steep line, which will surely make those interested in the game want to see it in action. It makes sense though, as UCF is 11-2 SU in their last 13 Thursday matchups while FAMU is 0-10 SU in their last 10 overall.

How To Watch The Game On TV

Since FAMU v.s. UCF won’t be the only game on TV this Thursday, it may more difficult to find which channel they are playing on. CBS Sports Network will be the station to look out for. They are listed as channel 221 on DirecTV and for those who have Dish, search for channel 158.

How To Watch Stream The Game Online

Many people in this day and age do not have cable and instead rely on watching the games online. In order to stream UCF v.s FAMU, you can simply log into CBS Sports Online. From there the game will be broadcast live.

How To Listen On The Game On The Radio