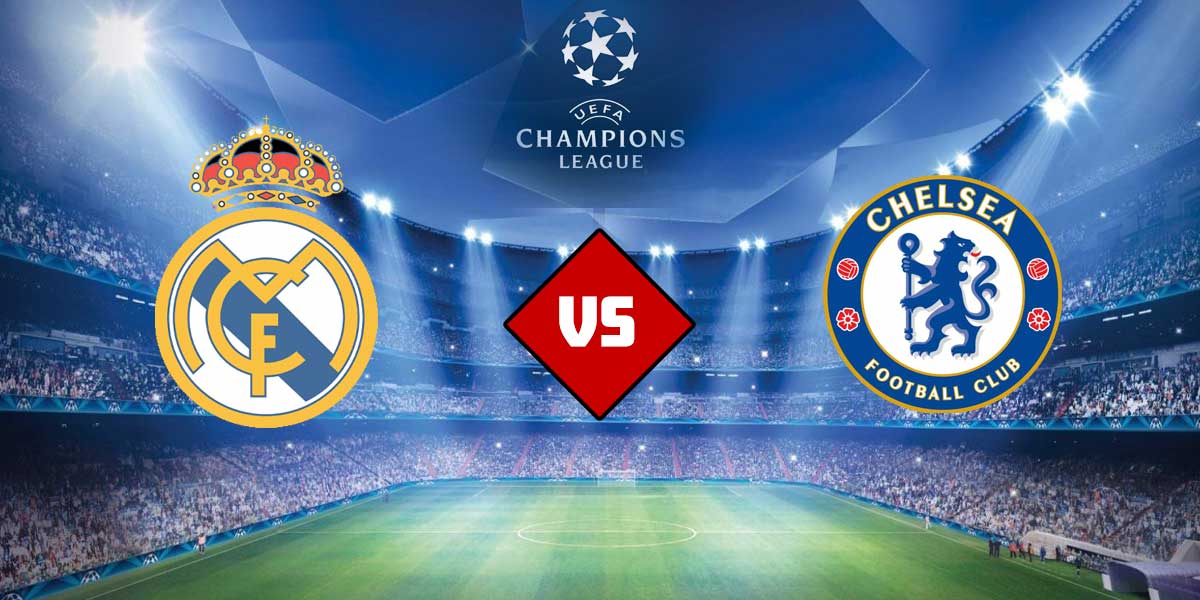 MADRID, Spain – Two of the final four teams in the UEFA Champions League are set to do battle Tuesday afternoon as Chelsea travels to Spain to take on Real Madrid.

The first leg of the epic collision is set to kick off at 3:00 p.m. EST, with both teams looking to avoid the distraction of the European Super League and bring home some silverware.

Betting odds for the match are now available, with Real Madrid listed as the slight favorite across the majority of online soccer sportsbooks.

The first leg of this matchup features two clubs who are playing in tremendous form.

While Real Madrid has struggled a bit through La Liga play this year, they have seriously ascended above the competition in the Champions League thus far.

Real Madrid outscored their opponents 7 to 2 in the knockout stage, and have just one recorded loss in all competitions since the calendar turned to 2021.

Manager Zinedine Zidane has successfully used his 4-3-3 formation to overwhelm opponents, leading to an offense that scores 1.80 expected goals per every 90 minutes of play.

Leading the attack is dynamic striker Karim Benzema, who has put in five goals through just eight matches this Champions League season.

Those looking to bet on the Champions League can find some valuable odds for Benzema to score in Tuesday’s match.

The odds increase for those looking to bet on Benzema being the first goalscorer in the match.

However, it won’t be an easy task for Los Blancos and Benzema as they go up against one of the stiffer defensive clubs in Europe in Chelsea.

Since Thomas Tuchel took over for Frank Lampard, Chelsea has reinvented themselves as a defensive powerhouse.

Chelsea has only allowed 0.58 expected goals per match in the Premier and Champions Leagues combined since Tuchel was given the job in late January.

Chelsea lives on the counter-attack, and will look to catch Real Marid off guard after they stifle their forward movement.

However, one of the biggest impacts will be the lack of Sergio Ramos and Ferland Mendy for Real Madrid.

Both defenders are key parts of the blackline, with Ramos widely considered one of the best defensive players in the world for a number of years.

While both teams play strong defense, don’t be shocked to see more than a couple of goals on the board as the teams head back to London for the second leg.