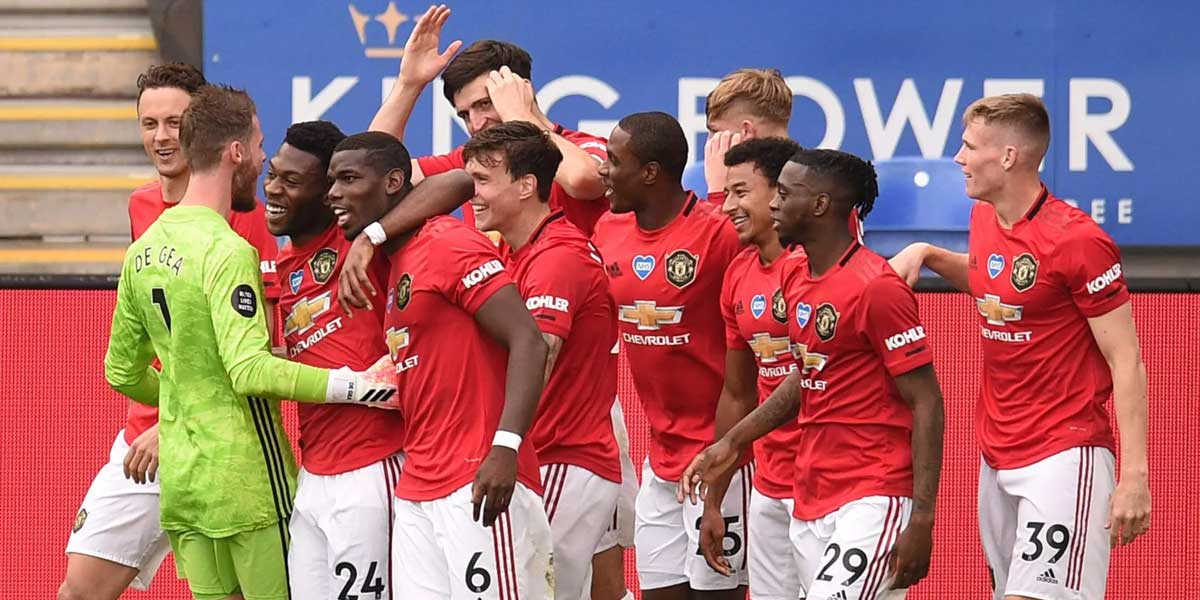 LAS VEGAS - The UEFA Europa League is back Wednesday and the tournament should give soccer bettors a chance to wager on some quality matchups.

There are several great matchups worth highlighting in the Europa League today, and this column will cover two.

First, Inter Milan battles against Getafe, and then Manchester United takes on LASK.

Inter Milan, fresh off of a great season that saw them fall short of Juventus at the end, still managed to lock up Champions League football next season, finishing in second place in the league.

They ended up finishing only one point behind the eventual champions, which must be a tough feeling, considering that nobody expected them to be that close to Juventus.

That said, Inter still have a lot to be proud of this season, and they’ll look to show off their quality in this matchup against Getafe.

This is, interestingly, a single-elimination match in a bracket that is normally a two-leg affair.

This is because of the COVID-19 pandemic and subsequent shutdowns, which necessitated this change to make the schedule work.

Inter is a serious favorite, with -125 moneyline odds to win, while the next most likely occurrence is a draw at +270. Getafe, eighth place in La Liga, have been on a run of bad form lately, and clock in with +400 odds at soccer betting sites.

In their last five games in La Liga, Getafe has a record of zero wins, three losses, and two draws.

These odds are expected - Inter should be better than Getafe.

Manchester United is yet another team that had a surprisingly good second half of the season after the COVID-19 pandemic.

United managed to secure Champions League football for themselves next season by finishing in the top four of the Premier League.

This was widely seen as a win amongst United fans, for whom the years of Sir Alex Ferguson’s dominance are long gone.

United’s biggest rivals, Liverpool and Manchester City, are the two best teams in the Premier League, so salvaging something from this season can only be considered a win.

In this matchup, they take on LASK, Linzer Athletik-Sport-Klub, from the Austrian Football Bundesliga.

LASK are perhaps the best team in that league, only rivaled by RB Salzburg, a team built in the same mold as RB Leipzig in the German Bundesliga.

That said, instinctively, many fans of the sport would say that they are not a match for Manchester United.

Indeed, United dominated the first leg of this matchup, winning 5-0. In effect, this could make this match all but a formality.

The major online sportsbooks think that this match is a formality as well. Manchester United are enormous favorites, with -475 odds.

LASK’s +1300 odds make them a vaguely enticing underdog, on the theory that United will not deploy its best players, nor will they be particularly motivated, as they could lose 4-0 here and still win the aggregate matchup.

A draw has +575 odds, which reflects, similarly, that United might not particularly care about this matchup given how far ahead they are on aggregate.

Both of these matches should be interesting to watch, for very different reasons. The matchup between Inter and Getafe highlights the best of Europa League play, with two good teams from different leagues going head to head.

The matchup between United and LASK highlights another great aspect of Europa League play - the chance for underdogs to take down titans.

Bettors can pick and choose which to wager on, and they both look like very fun matches to watch and bet on.