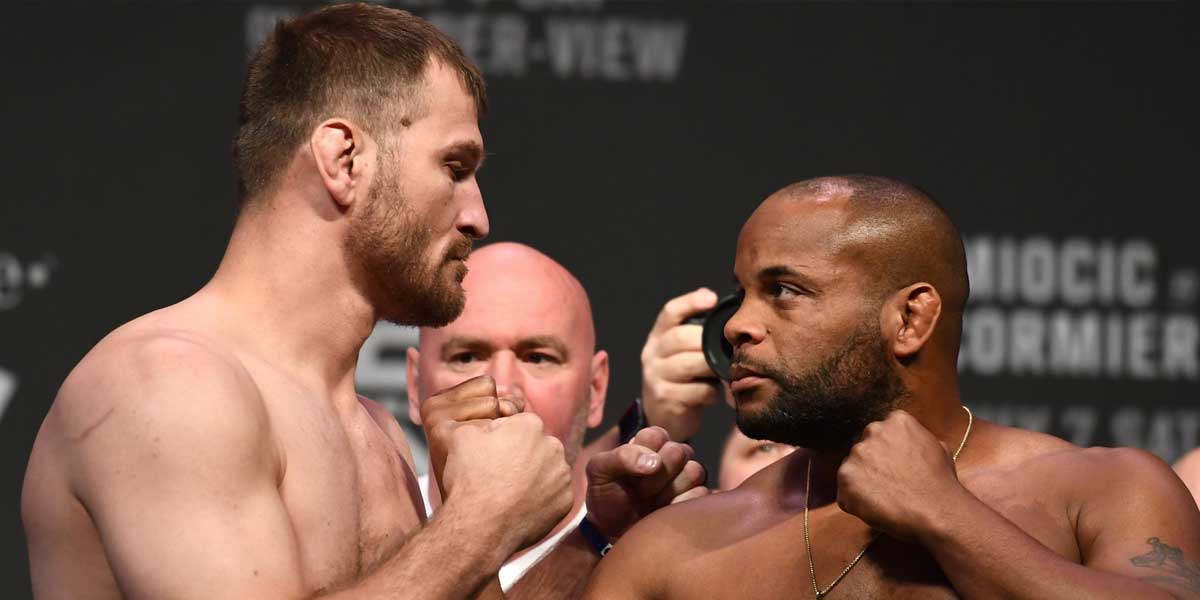 TALLAHASSEE, Fla. - Heavyweight Daniel “DC” Cormier will face Stipe Miocic in the Octagon for UFC 241. Cormier will be defending his championship title which he took from Miocic in July 2018. He holds a record of 22-1 but age may play a factor in his fight with Miocic. Cormier, who vowed to retire once he hit 40 is now 40 and continuing his career as a fighter.

Miocic is four years his junior and holds a record of 21-3. He remains the only fighter in UFC history to defend his championship title in three separate fights. It was that fateful fight last year where he lost his belt to Cormier. UFC 241 will be their long-awaited rematch. Miocic is hungry and wants to win back what Cormier took from him.

Champion Daniel Cormier is the favorite to win with odds of -140. Stipe Miocic is coming in as the underdog with +110 odds of getting his title back. The fight will take place at the Honda Center in Anaheim, California at 10:00 pm ET Saturday. You can view Miocic’s shot at redemption through Pay-Per-View.

Welterweight Anthony “Showtime” Pettis, 32 will be fighting Nate Diaz, 34, a matchup that has been a long time coming. Both fighters have had a public distaste for each other for years now and have been waiting for the day they could finally duke it out once and for all. Five years later, it’s finally happening and all of that pent-up anger is sure to be a sight to see as it comes to a head.

Anthony Pettis has a record of 22-8 while Nate Diaz is 19-11. It has been three years since Diaz last fought due to violating drug rules in 2016 but he has been preparing for this battle for some time. Meanwhile, Pettis has been seen fighting better than ever. Perhaps it’s due to being able to fight the one guy he’s wanted to for so long.

Pettis will be entering the Octagon as the favored fighter with odds of -145 to win at USA online sportsbooks. Nate Diaz has been given odds of +115 to show “Showtime” what he’s made of. Both the Heavyweight and Welterweight fights are reason enough to purchase UFC 241 on Pay-Per-View. Will Miocic regain his status as Heavyweight Champion? Will Diaz prove he’s got skills to beat Pettis? You’ll have to watch what looks to be an epic night of fights and see for yourself.