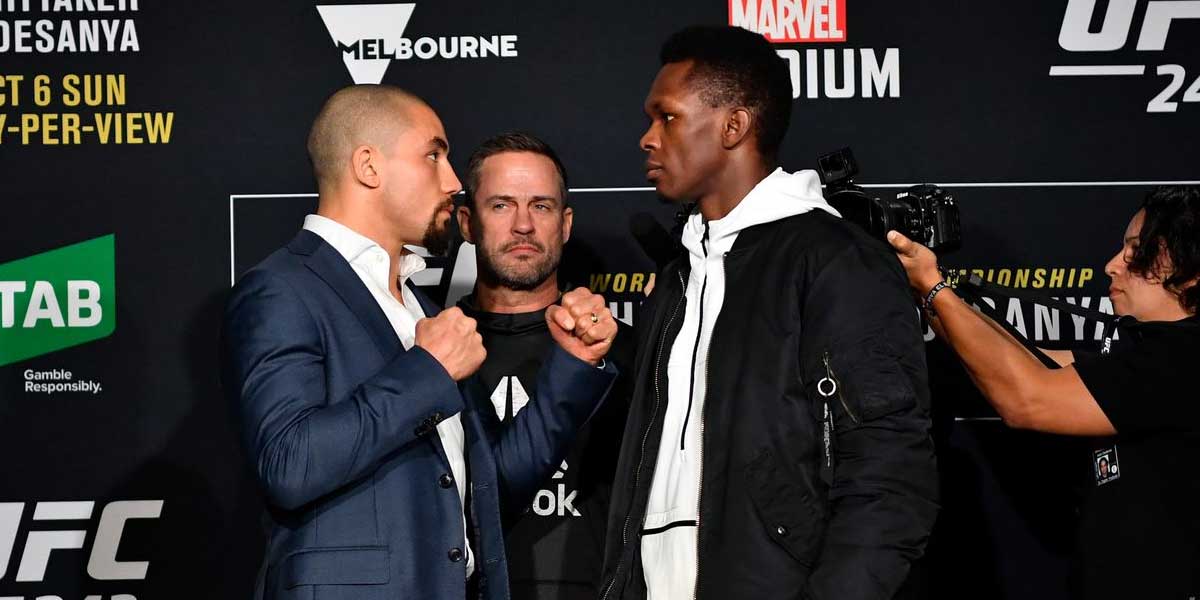 TALLAHASSEE, Fla. - UFC 243 will be a fight among champions as current middleweight champion Robert “The Reaper” Whittaker dukes it out with interim champion Israel “The Last Stylebender” Adesanya to defend his title for a second time. This fight will bring together both titleholders to see who will walk away as the true middleweight champion. Can Whittaker keep his championship status for the third time or will he go home emptyhanded?

USA online sportsbooks like Bovada have titleholder Whittaker as the favored fighter with opening odds of -135 to win it. The Australian holds a record of 20-4 for his career which began in 2009. He was named interim champion by default in December 2017 after Georges St. Pierre had to drop his title due to colitis. In June 2018 he became the real Middleweight Champion at UFC 225 against Yoel Romero. He defended his title at UFC 234 beating Kelvin Gastelum. Now, UFC 243 has him facing Adesanya who is an undefeated fighter hungry for the win.

Adesanya joined the UFC in December of 2017. Since then, “The Last Stylebender” has held a record of 17-0 remaining undefeated. He has had 13 victories by knockout. The public has taken notice of this interim champion’s skill, leading bookies to give him opening odds of +118 against Whittaker. Adesanya’s main move is trapping his opponent in the Octagon and then striking them once they are there. If neither fighter goes down by way of knockout, Adesanya is slated to take the win by way of decision with a line of -120. Whittaker is a close second with a line of -110.

It should be noted that Whittaker has fought on only two separate occasions in the last two years while Adesanya has seen six fights in little over a year’s time. The excitement of UFC 243 will begin Saturday night at 10 p.m. EST on the PPV Network.

*The Co-Main Event with bantamweight fighters Holly Holm and Raquel Pennington has been canceled due to Holm suffering a torn hamstring.