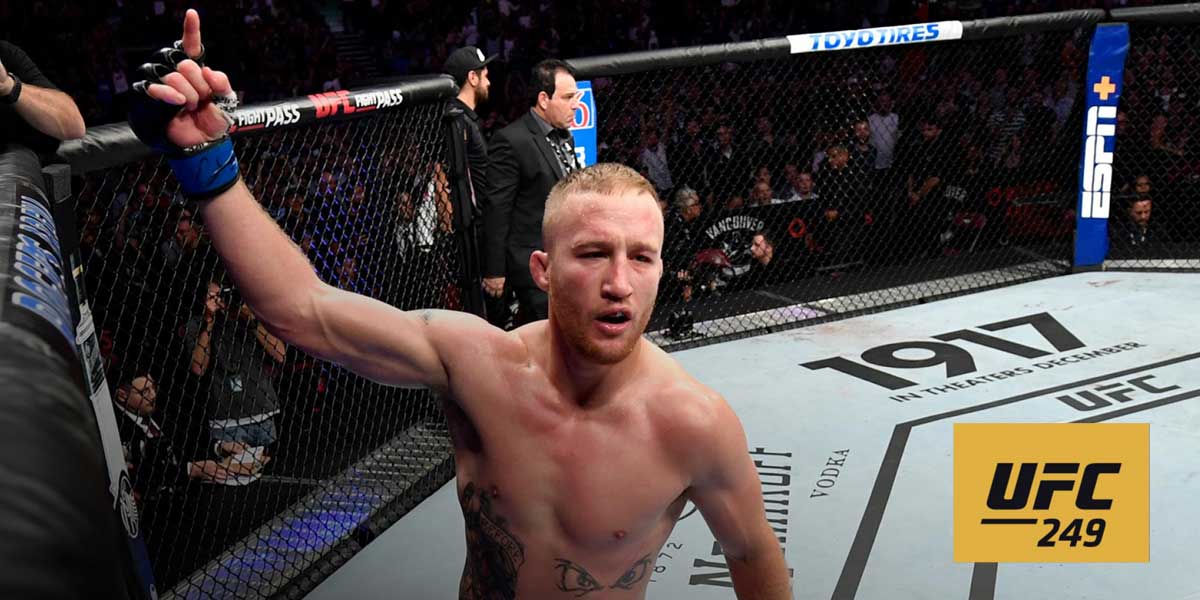 JACKSONVILLE, Fla. — The UFC is scheduled to make its return amid the coronavirus pandemic as UFC 249 is set to take place Saturday night with no fans in attendance.

This will be the first of three UFC events taking place at the VyStar Veterans Memorial Arena in Jacksonville, Florida. All three events like UFC 249 will be closed to the public and only essential personnel will be at the events.

Despite having no fans attending the fights, UFC 249 should be one of the highest streamed events due to the lack of mainstream sports right now.

The main event lightweight championship fight between Tony Ferguson and Justin Gaethje is sure to garner a crowd as they both vie for the interim title. Ferguson is favored with -200 odds while the underdog Gaethje is listed at +170 odds.

UFC 249 features a full slate of fights with some matchups and odds providing some enticing bets. With that in mind, there are three fights to consider placing bets on outside of the main event for UFC 249 all of which can net bettors a return from online sportsbooks.

Winner: Charles Rosa (+143). The Bryce Mitchell (12-1) vs. Charles Rosa (12-3) fight on the undercard is a hidden gem. Both fighters are similar in height and reach while also having Brazilian jiu-jitsu fighting styles.

Both fighters were victorious the last time they were in the octagon. Bryce Mitchell comes into the fight favored with -163 odds but Rosa could pose problems for Mitchell early in the fight. Take the +143 underdog odds on Rosa here because he’s shown through his fights the ability to submit or knock his opponents out.

Three of Bryce Mitchell’s last four fights have been decided by judges and that simply won’t be the case in this fight as Rosa likely won’t let the fight get that far.

Both fighters are above average strikers that don’t use takedowns much which means this will be a heavyweight slugfest. Ngannou has the reach advantage and is favored in the fight with -265 odds but Rozenstruik presents a different challenge.

Nine of Rozenstruik’s ten wins have come via KO and although Ngannou has faced some of the top heavyweights in the division before this could be a fight where he gets upset as Rozenstruik has not lost a fight in the UFC. Take the +225 odds on Rozenstruik because the risk is well worth the reward for this fight.

That loss was the third straight loss by Cerrone and he’ll need a win against Pettis to climb back up the Welterweight rankings.

Pettis has lost his last two fights and is favored in this fight with -150 odds. While is should be known that Cerrone is a UFC veteran, his time as a fighter might be coming to an end. His underdog odds are listed at +130, and while those odds shouldn’t be avoided, it's unlikely he comes out on top against Pettis at UFC 249.

This fight is one of the only fights that bettors should lean towards hedging their bet on.

UFC 249 will be broadcasted by ESPN with the preliminary fights beginning at 6 p.m. ET. The Main Card is pay-per-view and will begin at 10 p.m. ET.