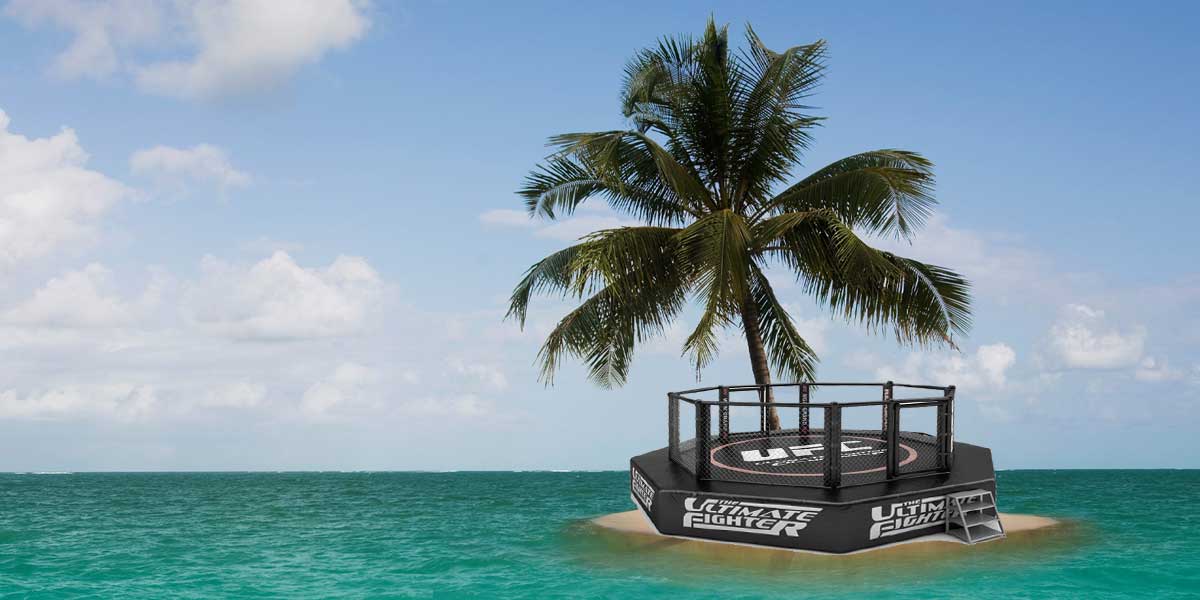 LAS VEGAS — As the coronavirus pandemic continues and all of the sports leagues around the world have gone on hiatus, the UFC is determined to continue. Dana White, President of the UFC, has made it clear that he will do whatever it takes for the show to go on.

On Tuesday, it was announced that Dana White has purchased a private island in order for UFC 249 to be conducted on schedule.

As the show does go on, Khabib Nurmagomedov, who was scheduled to be fighting, will not be in attendance due to travel restrictions. Odds for the remainder of the fight card have been released.

Dana White has been very committed to making UFC 249 happen. He has gone to new heights to make sure of that as he claims to have secured a private island in order to have the pay-per-view event. He added that there is a second location in the United States where the UFC will have fights as well.

“I’ll tell you this, I’m close to getting a deal done— So this place where this fight is going to be on April 18 I have locked up for two months, so I'm going to continue to pump fights out. I also secured an island. I've got an island. The infrastructure is being built right now. We're going to do all of our international fights on this island— So when we do this fight April 18, international and in the United States, we're going to start cranking. The UFC will be back up and running, internationally and here in the States,” said White.

White has also made it clear that the health and safety of all of the fighters and trainers and everybody involved is a top priority.

“Health and safety is something we worry about all the time, not just during the coronavirus— Obviously, this has made our jobs a little tougher, but we're going to do everything above and beyond to make sure everybody is safe, just like we always do. A lot of things will be different,” said White.

Unfortunately for UFC fans, there will be one major piece missing in the event. Khabib will not be in attendance as scheduled as he is currently in Russia where there are strict travel restrictions to help prevent the spread of the coronavirus. Khabib was scheduled to take on Tony Ferguson to defend his lightweight championship. Ferguson will now take on Justin Gaethje instead.

Now that Tony Ferguson will be taking on Justin Gaethje instead of Khabib, Ferguson's odds are now in favor of him winning. Online UFC betting sites have Ferguson’s odds at -205 while Gaethje is at +165.

It is clear why Ferguson is the favorite here as he is 26-3 and has won his past 12 fights. Gaethje, on the other hand, is 21-2 but lost two of his last five fights. Ferguson would be the smart choice here for bettors.

The co-main event of UFC 249 will be Rose Namajunas taking on Jessica Andrade. Namajunas is the favorite here at -210 while Andrade is at +170. Andrade could be a great underdog pick in this fight as it will most likely come down to experience. Andrade is 20-7 while Namajunas is just 9-4. Betting on Andrade to win could turn out profitable for bettors.

Another fight that could turn heads here is Niko Price and Vicente Luque. Price is 14-3 while Luque is 17-7-1. Online sportsbooks have Luque as the favorite at -240 while Price’s odds are at +190. Price has been inconsistent as of late having lost four of his last nine fights. Luque has won 10 of his last 13 fights and should be bet on with ease.