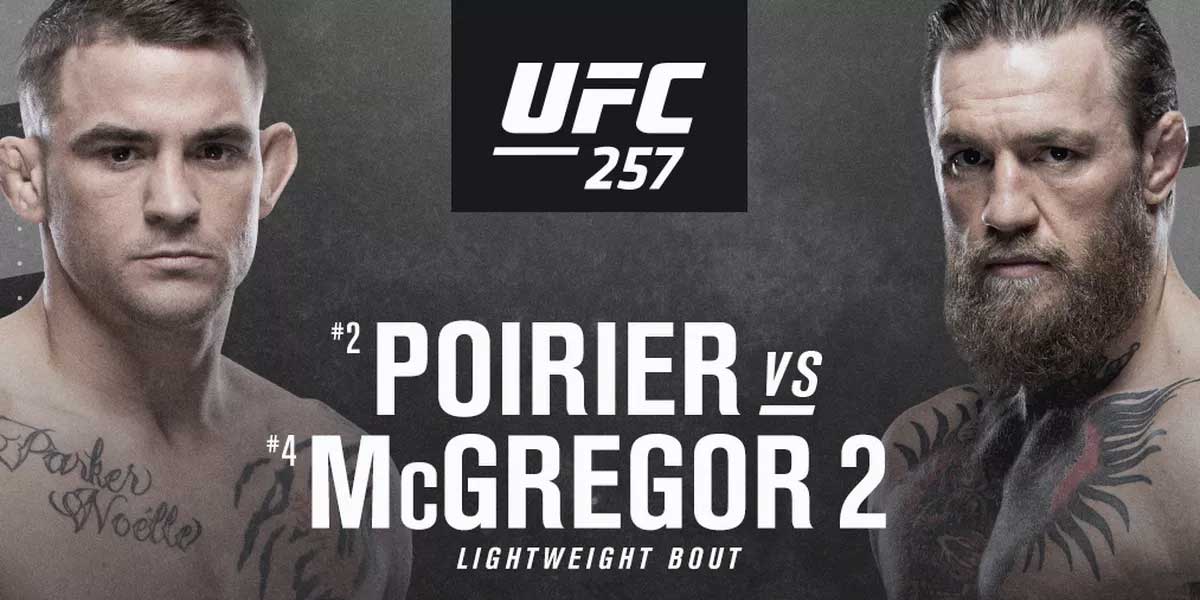 ABU DHABI – With UFC 257 taking place just less than 24 hours away, those that plan on betting on the fights taking place on Fight Island should begin getting their bets in place for the main card fights.

Highlighting the main event here is the long-awaited second fight between Connor McGregor and Dustin Poirier. Online sportsbooks currently have McGregor as the heavy favorite over Poirier.

McGregor’s odds are heavily favored being that he is arguably one of the greatest fighters in UFC history. Not to take anything away from Poirier, but he does not have the championship mentality the McGregor possesses. Also, something else to take note of here is that these two have fought before and McGregor really handed it to Poirier as he knocked him out in the first round.

That being said, bettors can feel safe taking McGregor to take home the victory here.

The co-main event will be highlighted by a matchup between Dan Hooker and Michael Chandler. Hooker is going into the matchup with his UFC odds seen as the favorite but Chandler should not be counted out just yet.

Joanne Calderwood is seen as the slight favorite in this one over Jessica Eye being that she holds the slightly better fight record.

Being that both fighters are looking to get back on track in this one, bettors can take a flyer on either fighter in this one as both would offer decent payouts.

The second fight of the main card will be between Makhmud Muradov and Andrew Sanchez where Makhmud Muradov is favored for a reason. Muradov has an impressive fight record of 24-6 while Sanchez is down at 13-5.

It is surprising that Muradov is not favored more than he has won his last 13 fights dating back to 2017 while Sanchez has gone 3-2 in his last five bouts.

Knowing this, bettors should be jumping to Muradov betting line before they get any more expensive.

Kicking off UFC 257 will be a Women’s Strawweight division matchup between Amanda Ribas and Marina Rodriguez. Both of these fighters are going into this match with impressive records as Ribas is sitting at 10-1 and Rodriguez is at 12-1-2.

However, Rodriguez did drop her last fight out which could be playing a role on the odds. On the other hand, Ribas has won her last five fights. With Ribas being on a hot stretch of fights, bettors should not be taking a chance on the longshot here and take the easy money on Ribas.