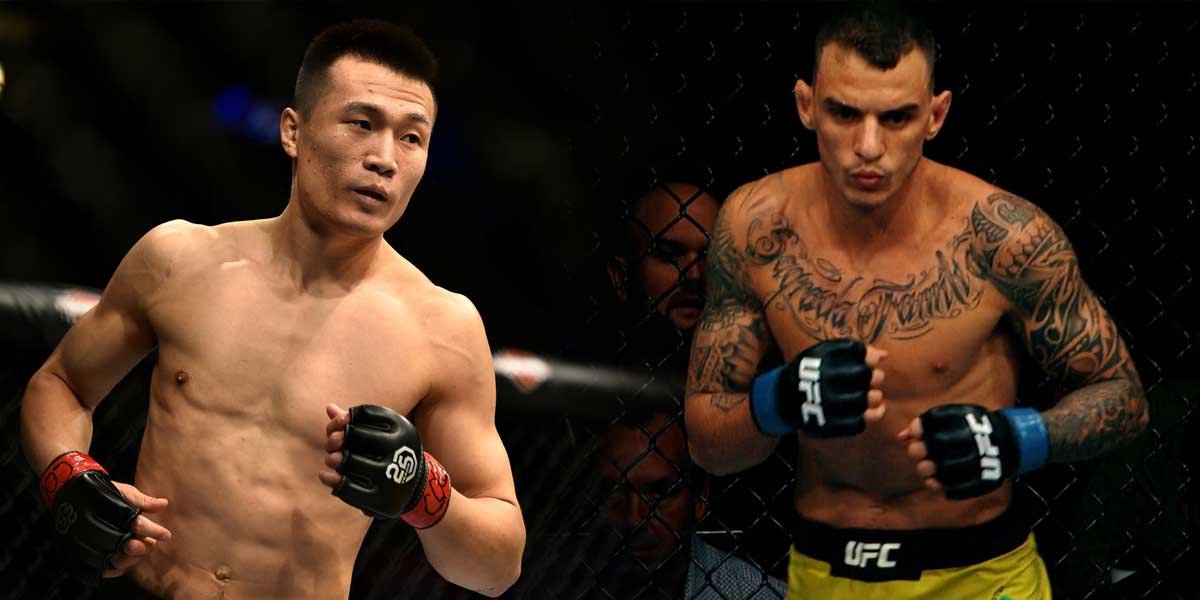 GREENVILLE, S.C. – Fight fans are gearing up for another exciting UFC weekend.

The event will be held at the Bon Secours Wellness Arena (“The Well”) in Greenville, South Carolina. It’s the first UFC event to ever be put on in the Palmetto State.

Of course, the location is incidental to the action in the octagon.

The real story here is the headlining featherweight fight between the Renato Moicano (13-2-1) and the aforementioned undead Asian, Chan Sung Jung (14-5). Though not a title bout (those are typically reserved for numbered UFC events on PPV), the contest should be an interesting matchup of divergent skillsets.

Moicano, number five in the official UFC featherweight rankings, is a submission artist who often goes the distance. Jung is rated at number 12 in the same rankings, though he rarely goes the distance and has four knockout wins in his MMA career.

Online sportsbooks for US players have Moicano as the favorite at (-200) despite coming off a TKO loss to Jose Aldo in February’s UFC Fight Night 144. Jung (+160) also lost his last fight to Yair Rodriguez by knockout in Fight Night 139 (November 2018).

As is customary for the UFC, there is a co-main event on the card, too.

That matchup is a bantamweight fight between John Lineker (31-9) and Rob Font (16-4). The two fighters have actually faced off against each other in the UFC once before, back in May 2016 at UFC 198.

In that fight, Lineker defeated Font by unanimous decision. However, that was only Font’s third fight in the UFC, and he’s gone 4-2 in the promotion since.

Font is coming off a decision win against Sergio Pettis in UFC on Fox 31, while Lineker lost his last fight via split decision to Cory Sandhagen (UFC Fight Night 150).

The full UFC Fight Night 154 odds are currently posted at Bovada, trending at the following (though the numbers will change between now and the event’s starting bell on Saturday):