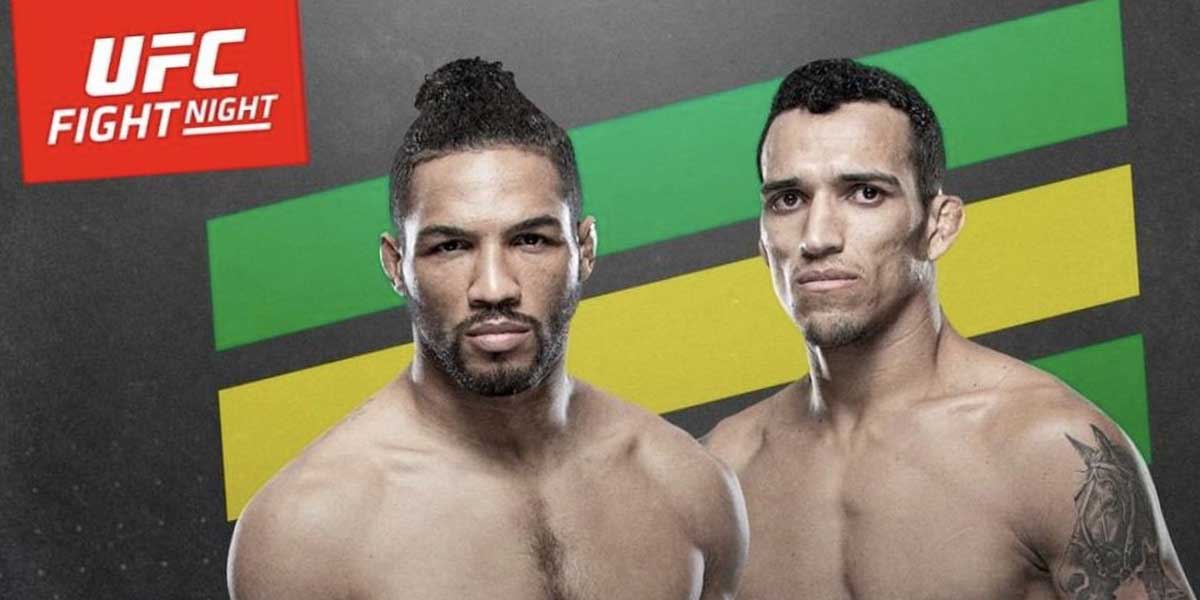 BRASILIA, Brazil – The coronavirus pandemic has caused sporting events globally to be canceled or postponed but one of the few sporting events that will take place this weekend is UFC Fight Night 170.

The event will take place on March 14 in Brasilia, Brazil with no fans in attendance due to concerns over the coronavirus that has now spread across the four corners of the Earth.

Not having any fans there will be an odd atmosphere for the fighters but UFC President Dana White reiterated that the show will go on.

“Yesterday, the governor of Brazil issued a decree limiting the size of public events, so we are going to do the event live from Brasilia,” White said. “You can’t have over 100 people there, so we will just have the staff that’s running the event inside the arena that night.”

While no fans will be in attendance this shouldn’t stop bettors from going to online sportsbooks to place a bet on the slate of fights being held on Saturday night. Below are three fights to consider betting on during UFC Fight Night 170.

The main event features two lightweights battling it out as Kevin Lee (18-5-0) is the favorite over Charles Oliveira (28-8-0). Both fighters have a Brazilian Jiu-Jitsu fighting style and the tale of the tape has these guys pretty much even which means this should be the most electrifying fight of the night.

Oliveira comes into the event riding a six-fight winning streak dating back to the Summer of 2018. This won’t be an easy fight for the favorite Kevin Lee.

While Lee snapped his two-fight losing streak in November he’ll look to get back on track and move up in the UFC rankings after this fight. Again, this will be a close fight and if bettors want to roll the dice on Oliveira’s +125 underdog odds, they shouldn’t hesitate.

The light heavyweight division has provided UFC fans with some exciting fights and the bout between Johnny Walker (17-4-0) and Nikita Krylov (26-7-0) should be no different. Walker is the favorite here and for good reason, he’s a dangerous striker whose last three wins have all come via KO in the first round. Krylov was also handed a loss in his last fight and needs a bounce-back victory but Walker might be too much for him.

Expect Walker to come out early landing big significant strikes and be the clear aggressor in the fight. The odds for Walker should be taken but if a bettor is fishing for an upset in this fight, Krylov has +120 odds.

Elizeu Zaleski dos Santos (21-6-0) takes on Alexey Kunchenko (20-1-0) in a Welterweight battle that is the undercard fight to keep an eye on. Dos Santos has a clear advantage in height and reach but the last time he stepped in the octagon he lost. Kunchenko was handed his first career UFC loss last year by unanimous decision.

Dos Santos is the favorite at -131 odds and will have a big challenge in trying to beat the tough chinned underdog Kunchenko who has +111 odds. This will be one of the best fights on the undercard and expect Dos Santos to come out on top and climb back into the Top 15 fighters in the Welterweight division.