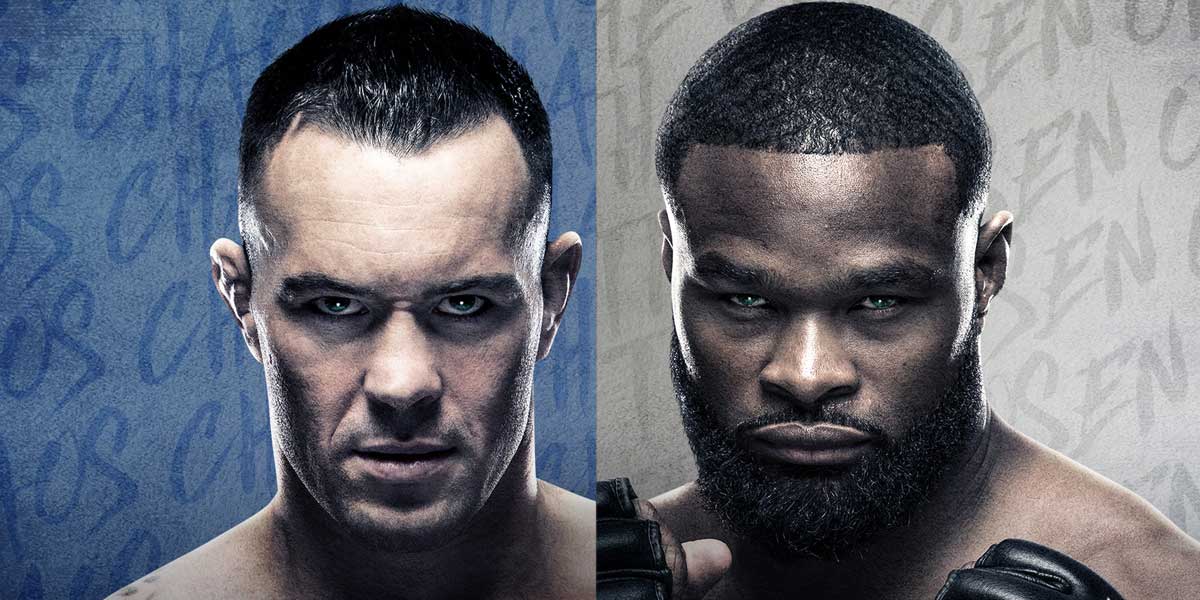 LAS VEGAS - Colby Covington and Tyron Woodley finally face off in their long-awaited fight this Saturday.

UFC Fight Night: Covington vs. Woodley has been a long time in the making, although some might say too long.

Woodley and Covington have had a well-known feud for many years now, dating back to a training camp in 2014.

Since that camp, Woodley managed to capture the UFC Welterweight title for a time, before losing it to Kamaru Usman, the current champion.

Covington, meanwhile, has ascended as Woodley’s star has fallen. He’s one of the top names in the division and is angling for a rematch against Usman (he lost in 2019 against the champ).

Covington undeniably challenged Usman, but fell short, being finished by Usman late into the fifth round of the fight.

That said, even without the finish, it seems that Usman was ahead on the scorecards.

So if there was no stoppage, Usman would've won it anyway. #UFC245

That’s all in the past, now. It’s time to focus on this fight, the culmination of this rivalry.

The odds are not favorable to Woodley. Woodley has lost his last two fights, but saying that almost undersells how bad they were.

He got embarrassed by Kamaru Usman, and then embarrassed again by Gilbert Burns. The man went from being the champion to barely being in the top five in the division.

Covington, meanwhile, is ranked second, behind only Burns and, of course, Usman.

There’s a charitable narrative to be spun here for Woodley. His losses were to the current champion and number one contender, after all.

The problem is how bad he looked in those losses. Burns dominated Woodley, winning an extremely obvious unanimous decision victory.

These were not close fights.

Many believe that Covington is a fighter who is on par with Burns and Usman, or, at the very least, not far below them. Given this, the skepticism of Woodley is well earned.

One thing to note is that, while Woodley lost those fights badly, he did manage to make it to the end in both of them. This means that the odds for whether or not the fight goes the distance could be worth examining.

Will the fight go the distance?

The major online sportsbooks certainly seem to have taken notice. Not only have Woodley’s last two fights been decision losses, but Covington has also acquired 53% of his wins via the judge’s scorecards.

Will Woodley get dominated for five rounds en route to another embarrassing loss? Can the former champ turn it around against his cocky rival?

MMA bettors have a great fight in front of them and should enjoy the opportunity.