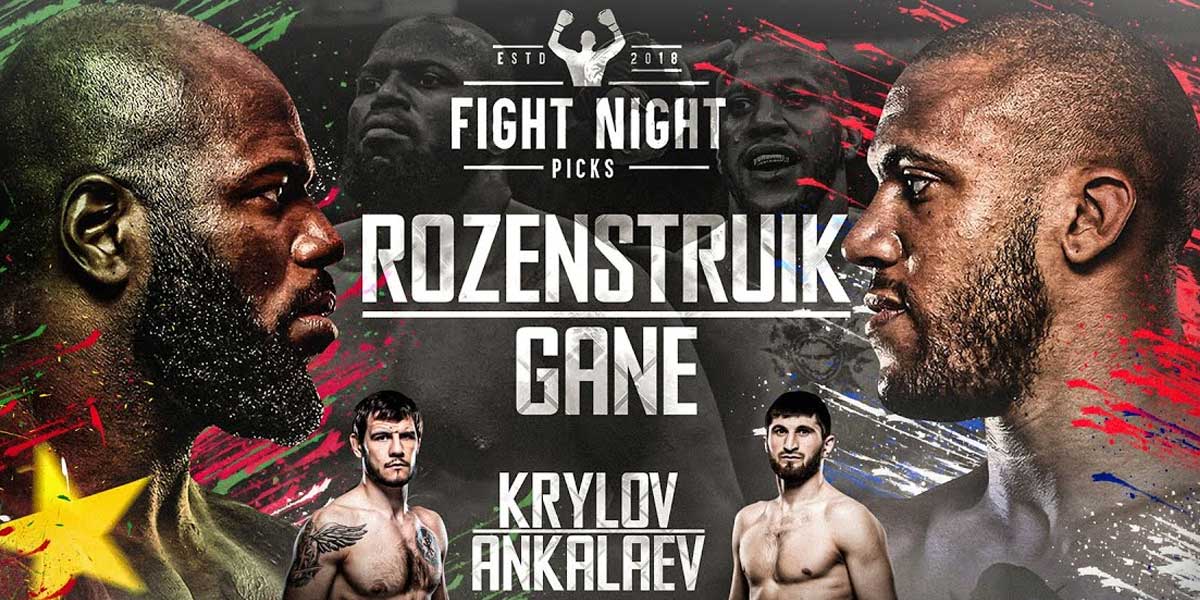 LAS VEGAS - UFC Fight Night: Rozenstruik vs. Gane happens Saturday night, and pits two hard hitters against each other in the heavyweight division.

After last week’s UFC Fight Night saw Derrick Lewis triumph over Curtis Blaydes, this Fight Night brings a chance for a heavyweight fighter to move up the ranks as well.

A win here could propel him further up the leaderboard and more into contention for a fight against Lewis, Ngannou, or Stipe Miocic.

Ciryl Gane is Rozenstruik’s opponent tonight, a fighter who matches up to Rozenstruik physically.

Gane is 7-0 in MMA, with his best win coming against Junior Dos Santos in December of 2020. For Gane, this fight is a chance to vault himself into genuine contention, and continue a winning streak that could lead him to the top.

Stylistically, there is a bit of a contrast between the two, with Bigi Boy racking up 91% of his wins via KO or TKO, while Gane has submitted three of his seven opponents.

Bovada’s odds on the fight favor Gane heavily, believing in the power of his balanced approach to the sport.

These odds might be worrisome for many experienced MMA betting fans.

A common phenomenon in MMA is a young fighter racking up a solid win streak and then running into a brick wall when they face their first serious competition.

Rozenstruik fell victim to this very phenomenon when he faced Ngannou - prior to Ngannou, he was an undefeated fighter with his best win being over the aging Alistair Overeem.

This phenomenon should make anyone who wants to wager on Gane’s -265 odds quite wary.

It’s not necessarily that Gane shouldn’t be favored - there are plenty of reasons to pick him straight up - but the degree to which he is favored, and his lack of experience in professional MMA, does raise a couple questions.

However, when looking at the tools each fighter brings to bear, it’s not hard to see why Gane would be favored.

He has a much more balanced skillset than Rozenstruik, including the ability to submit opponents, and that provides him with a potentially balanced gameplan.

For Rozenstruik, the goal will be to get Gane fighting on his feet, throwing hands and taking punches. For Gane, it could involve a lot of different approaches, which is an advantage in a fight.

In other words, while the most likely outcome for Gane is winning by KO or TKO, he still has decent shots at winning by either submission or decision.

Rozenstruik’s odds, however, are wrapped up almost entirely in his chances to put Gane on his back.