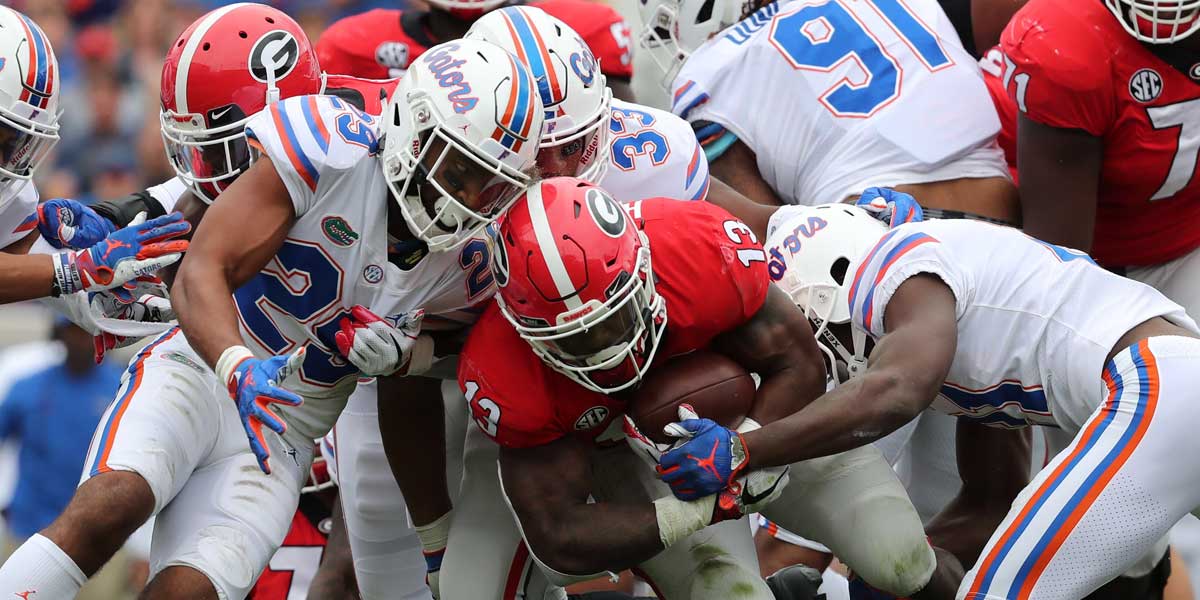 JACKSONVILLE, Fla. – The No. 8 Georgia Bulldogs (6-1) and No. 6 Florida Gators (7-1) are set to renew their rivalry again this weekend in a classic SEC matchup. This will be the 97th time these two decorated football programs have met.

This is a must-win game for both teams because the winner will likely keep their slim, College Football Playoff hopes alive and go on to face whoever wins the SEC West division in the SEC Championship game.

Georgia comes into this Top-10 matchup as 6-point favorites to beat the Florida Gators for the third straight season. This will make the second straight year where these teams will meet while both being ranked in the Top-10. The Bulldogs won the previous matchup easily, 36-17.

The Georgia Bulldogs should be able to cover the touchdown spread against the Gators, despite the team’s 3-4 record ATS this season. Florida comes into the matchup having a 4-2-2 record ATS and will need some heroics from junior quarterback Kyle Trask who has been great for the Gators as he’s filled in for the injured Felipe Franks. Trask has thrown for 1,391 yards, 14 touchdowns, and three interceptions on the season. However, the Bulldogs defense will be the toughest unit Trask has faced all season.

This game will be a showcase of two of the best defenses in the SEC. Georgia’s defense has been absolutely phenomenal this season holding opposing offenses to an average of 10.6 points per game. The Gators defense isn’t far behind, only surrendering an average of 15.8 points per game and that can explain why the total for this game is pretty low at 45.5. Take the under as both defenses will make it tough for the opposing offense to put points on the board. At US sports betting sites the total has also gone Under in four of the Bulldogs' last five games.

This game has a 3:30 p.m. EST kickoff and will be broadcast by CBS with streaming available on the SEC Network.