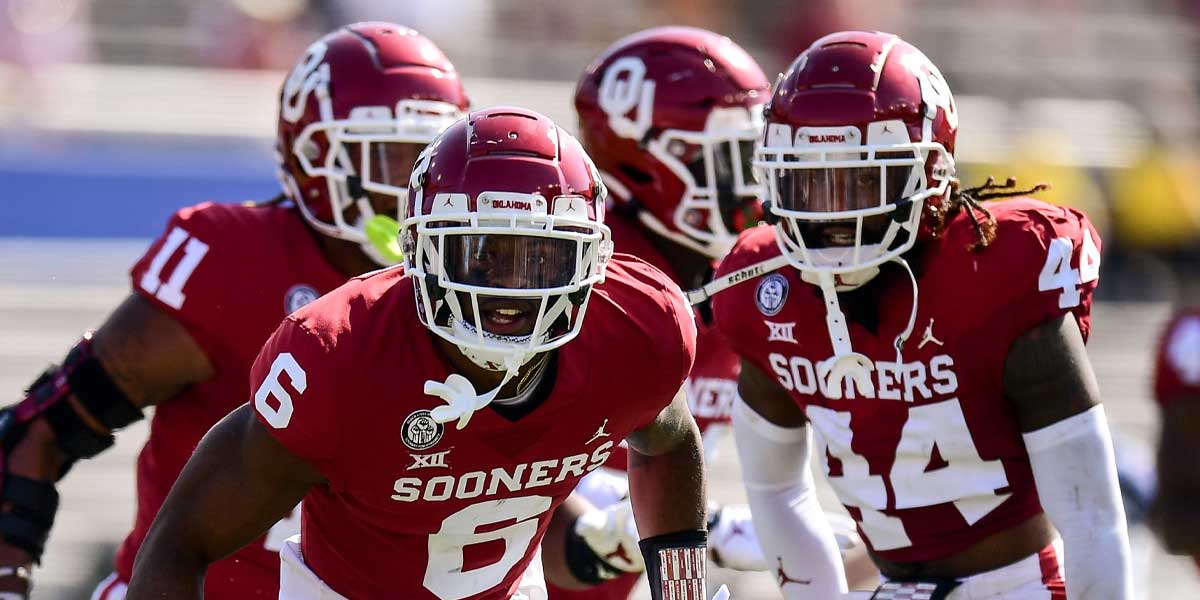 NORMAN, Okla. – The Big 12 Conference is known for high scoring offenses with porous defense being played and that has shown true through the first portion of the season. The Oklahoma Sooners have dominated the Big 12 having won the last five conference titles.

For the Sooners to extend their streak they’ll have to play better, as their two conference losses are the most they’ve had in any season in the past five years.

While the Sooners are already experiencing the growing pains of starting a freshman quarterback in Spencer Rattler, he is getting more comfortable with every start. Rattler in his first season as quarterback for the Sooners has compiled 1,186 passing yards, 13 touchdowns, and five interceptions through four games.

For Oklahoma to climb back up the Big 12 and Top 25 rankings they’ll have to lean on Rattler to grow as the season goes on.

Oklahoma turned around their season with their first win in the Big 12. The Sooners thrilling 53-48 quadruple overtime victory in the Red River Rivalry over the Texas Longhorns might have been Rattler’s coming out party.

🗣 SPENCER RATTLER PUT THAT ON A DIME@OU_Football bounces back with the TD in 4OT 🙌 pic.twitter.com/Ul9A6gpWPy

The win should give the Sooners and their young quarterback confidence moving forward which could mean Oklahoma makes it out of the basement of the Big 12.

Despite their 1-2 start in conference play can the Sooners win their 14th Big 12 Championship in program history and fourth under head coach Lincoln Riley.

The Sooners’ slow start hasn’t stopped online sportsbooks from giving them the shortest odds to win the Big 12 Conference this year at +150.

Oklahoma has the talent to stage a comeback and they’ve also already played some of the toughest teams in the Big 12 with No. 7 Oklahoma State being the biggest challenge for the Sooners going forward.

Oklahoma’s soft schedule to end the season could vault them out of the 6th place position in the Conference in a couple of weeks. They’ll likely get the help they need as Iowa State and Kansas State who both beat Oklahoma will likely fall in the standings with Oklahoma State still on their schedules.

The Sooners have yet to be blown out in any game and now might be the best time for college football bettors to take the +150 odds since Oklahoma will only get better from here.

The odds won’t get any longer for the Sooners since they’ve already gotten off to a slow start this year. The room for error will be slim for the Sooners as they can’t afford to lose another game this season.

All things considered, the Sooners have the talent and coaching to climb out of the early season hole they’ve dug themselves in but quarterback Spencer Rattler will have to take the next step in his game for Oklahoma to add another Big 12 title to their trophy case.