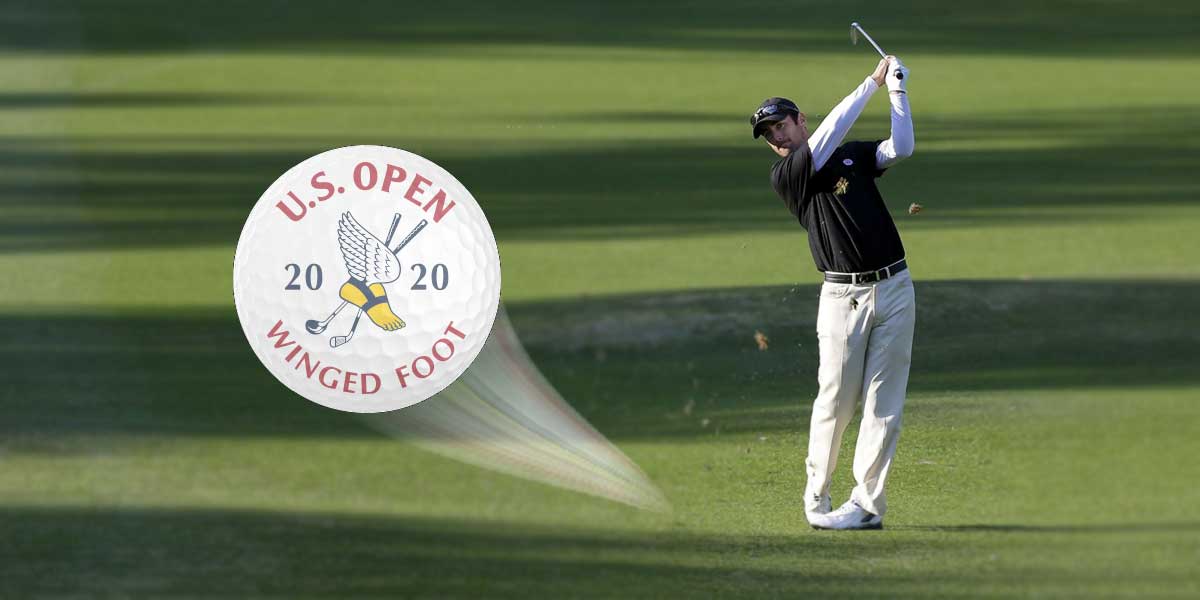 MAMARONECK, N.Y. – The best golfers in the world have no time to rest in an already chaotic 2020 season as they head to New York for the 120th US Open.

Just a few weeks after Dustin Johnson won the FedEx Cup, he and the rest of the field gear up for the second major championship of the year.

The US Open will be held at Winged Foot Golf Club this year in Westchester County, New York for the first time since 2006.

The dangerous course comes in as a par 70, measuring a whopping 7,477 yards. Early reports of the course conditions as well as historical data for Winged Foot suggest that this could be one of the most difficult and lowest-scoring tournaments of the year.

In addition to looking at the overall winners for the tournament, bettors should browse the offers for golfers to finish in the Top 20.

On a course like Winged Foot, there is little margin for error, meaning many top players will come close, but not get the win.

This opens the door for bets on a top-20 finish, which come at a steeper price, but with much more leeway.

Odds and lines for the US Open including Top 20 finishers are now available across the major online sportsbooks.

There are many more entrants in the US Open, but for purposes of space, this list has been reduced.

Starting off with the chalk pick of the week, Jon Rahm at -225.

There is nothing wrong with paying for a win, and in this case, Rahm is worth every penny.

Wins at the Memorial and BMW Championship this season have shown how elite Rahm can play, and it is only a matter of time before he is making waves for his first major championship.

Rahm possesses the power to fight his way out of the rough, while also holding the accuracy to avoid it in the first place. These skills all pale in comparison to Rahm’s putting, which has been otherworldly.

His recent play along with his third-place finish at last year’s US Open earn him this place atop this list.

Behind Rahm, there is some more value in both Justin Thomas and Xander Schauffele, but the next pick goes to Collin Morikawa, who is available at -120.

Morikawa has been the story of the season and is looking for his second major of the year after his win at the PGA Championship.

Morikawa just shouldn’t be doubted at this point. A mediocre showing during the FedEx Playoffs can be attributed to inexperience with the format, but Collin is no stranger to the big stage of a major anymore.

Morikawa has been one of the best pure ball strikers this season and should find his way onto the leaderboard on this difficult course.

Another swinger that knows his way around a rough course is Tommy Fleetwood, who is available at +150.

The Englishman is fresh off a third-place finish in Portugal where he gained 4.44 strokes per round and possesses the ball striking acumen to find narrow fairways.

Fleetwood also has the pedigree, finishing in the top five in two of the last three US Opens.

In the mid-range, two solid choices appear in Viktor Hovland at +225 and Corey Connors at +550.

As rather newcomers to the leaderboard this season, both Hovland and Connors hold value due to their very high floors.

While Connors has dwindled on the final days of tournaments due to his putting, Hovland has been popping up all over on Sunday thanks to tremendous work in the fairway.

While they don’t have the best length on Tour, both Hovland and Connors can find themselves in the top 20 at the end of the US Open without much controversy.

Riley is making his first start in a major tournament thanks to his two wins on the Korn Ferry Tour this year. While Riley is one of the biggest longshots, his value at +1600 is tremendous.

Riley’s wins both came on very difficult, low-scoring courses, and he has the ability to string together birdies in tough conditions.

Regardless of which golfer gets the win this week, the world can hope for another exciting major tournament to add to this already spectacular golf year.