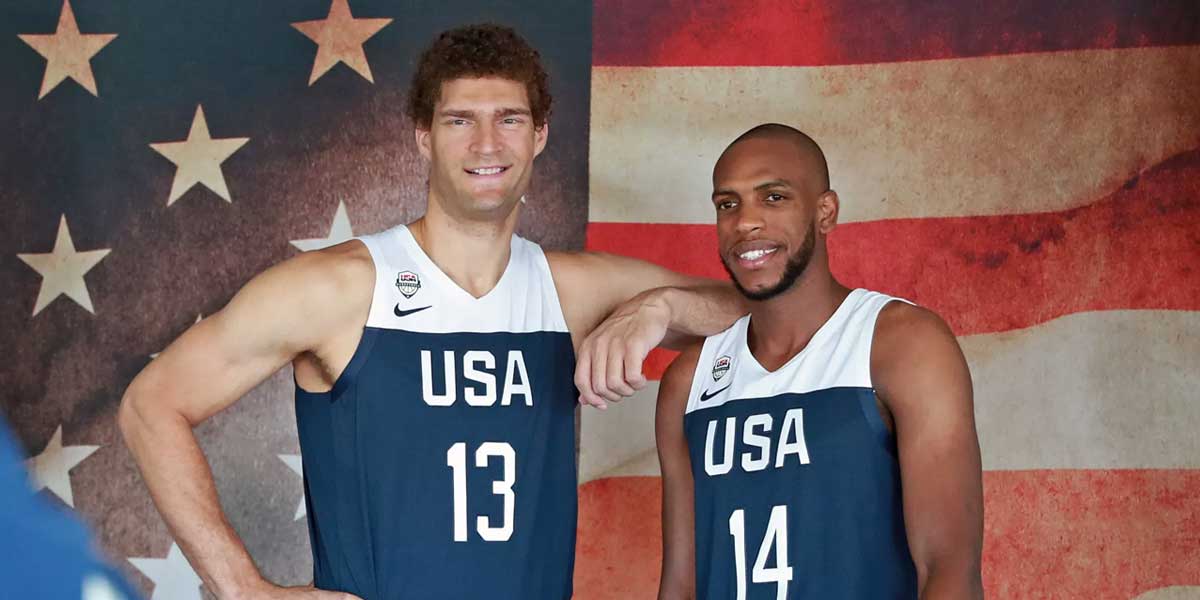 COLORADO SPRINGS, Colo. - After a disappointing 2019 FIBA World Cup experience, USA Basketball is looking to bounce back during the 2020 Summer Olympics. The list of finalists is a promising one as there are years of experience to look forward to if they make the final roster.

Of the 44 finalists that made the cut, 19 players have won a combined 31 gold medals.

LeBron James and Chris Paul are the only two players on the list from the 2008 team who took home the gold medal. The 2012 team also included James and Paul along with Anthony Davis, who was still attending the University of Kentucky.

The 2016 team was filled with younger talent at the time including players such as Jimmy Butler, DeMar Derozan, Kyrie Irving, Paul George, Draymond Green, Kyle Lowry and Klay Thompson in addition to some of the other names mentioned before.

Key Finalists That Made The Cut For 2020

Other than those players with Olympic experience, the list is filled with great potential starting with Bam Adebayo who is having a breakout NBA season in Miami with 16 ppg and 10.4 rpg. Bradley Beal is carrying the Washington Wizards with running mate John Wall out averaging 29.1 ppg and is also in the running

Devin Booker, who has helped the Phoenix Suns slightly improve since last year with 26.7 ppg, Jayson Tatum, who has had a remarkable season thus far with 22.2 ppg, and Donovan Mitchell, who has helped heave Utah within 5 games of the top spot in the western conference with 24.3 points, are three young wing players who also will provide support to the team.

Leonard is averaging 27.1 ppg since joining the Los Angeles Clippers this year and has kept them in the running for the top spot in the western conference as well. Damian Lillard, on the other hand, has been playing at a god-like level dropping 40+ points in 6 of his last 10 games.

With the finalists being revealed, so were the odds of the United States taking home the gold medal. The odds of the men's basketball team winning the gold at online sportsbooks are set at -450 while their odds to bring home any other medal (or not medal at all) are at +410.

Of course, these are subject to change once the final roster is set, so bettors are given a valuable opportunity to lock in this wager before anything is set.

Still, even though USA Basketball has always been one of the most prestigious countries in the sport, they have not always been on top.

In 2004, a team led by LeBron James, Dwyane Wade, Allen Iverson, Tim Duncan and Carmelo Anthony fell short of the gold medal as they took home the bronze instead. Again in 2019, a USA FIBA team that had no international experience led by Jayson Tatum, Donovan Mitchell and Kemba Walker did not even place in the top 3 of the competition.

In recent years, USA Basketball has won the gold medal ever since losing in 2004 during Olympic play. In FIBA play, however, before falling apart last year, Team USA had won the gold in 2010 and 2014.