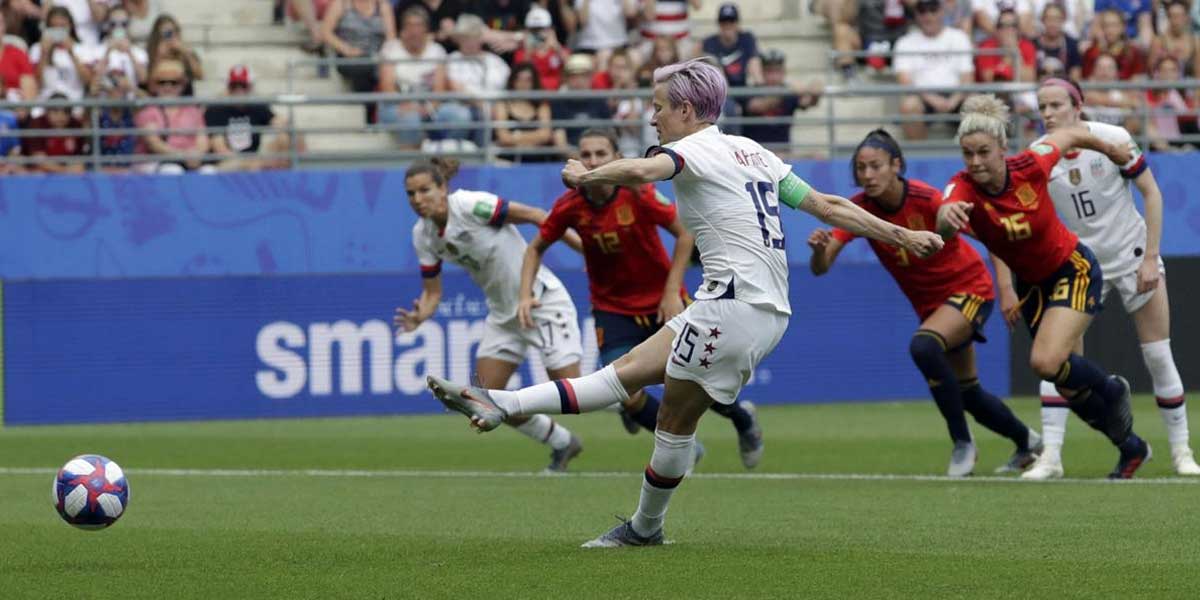 PARIS – Team USA played Team Spain in the Knockout Round of the FIFA Women’s World Cup and it was an all-out grudge match, black eyes and all. The US went on to win 2-1, allowing their first goal by an opponent during the entire tournament. Both goals for Team USA came from penalty kicks by forward, Megan Rapinoe.

“It was incredible to see the heart of this team. We haven't been tested like this for a while.” said forward, Alex Morgan during a post-game interview with FOX.

“It was incredible to see the heart of this team. We haven't been tested like this for a while.”@alexmorgan13 talks with @Alex_Curry about today's win, that final penalty, and looks ahead to France

Within the first ten minutes, the game was tied at 1-1 after forward Jenni Hermoso scored one for Spain. The underdogs showed the world that they were indeed, a formidable opponent for the reigning champions. Had it not been for a second penalty kick goal by Rapinoe, this match could’ve gone either way.

“That’s World Cup-level grit right there,” US forward Megan Rapinoe said after the game to reporters. “You can’t replicate it. There’s no way to express it or teach it. There was a few of us out on the field, though, kind of like halfway through the second half, we were like, Up a level. We need to go up a level.”

What’s Next For Team USA?

The top two teams predicted to be in the finals of the FIFA Women’s World Cup 2019 will not meet in the final. They will be playing each other in the quarterfinals. Team USA will go up against Team France for a chance to make it to the championship round. France continues to have the home field advantage as they are hosting the cup but the US hold the title from four years ago and fans all over the world don’t want either team to go home before the final.

In the last 23 games, France has beaten the US only 3 times. However, two of the wins have been in their most recent meetings. Team France has changed. They’ve become a solid opponent for the US.

France played Brazil in the Knockout phase which went into overtime, where they won 2-1. Their coach Corinne Diacre said in a post-game talk with reporters. “I know we weren’t 100 percent today. Now the objective is to hit that 100 percent for the next game. Will this happen? I don’t know. I don’t have a magic wand, I don’t have a crystal ball, I can’t see in the future. But it’s something that we’re working on.”

As for Jill Ellis, the coach for the US, she told reporters “I’m not worried, we know who we are and what we can do.”

Team USA will play Team France on June 28th at 3:00pm ET on the FOX network. The US is favored to win with odds of +125 while France will be entering the game with +230 odds of advancing in the tournament. USAOnlineSportsbooks.com bets fans everywhere can expect another grudge match between these two teams.