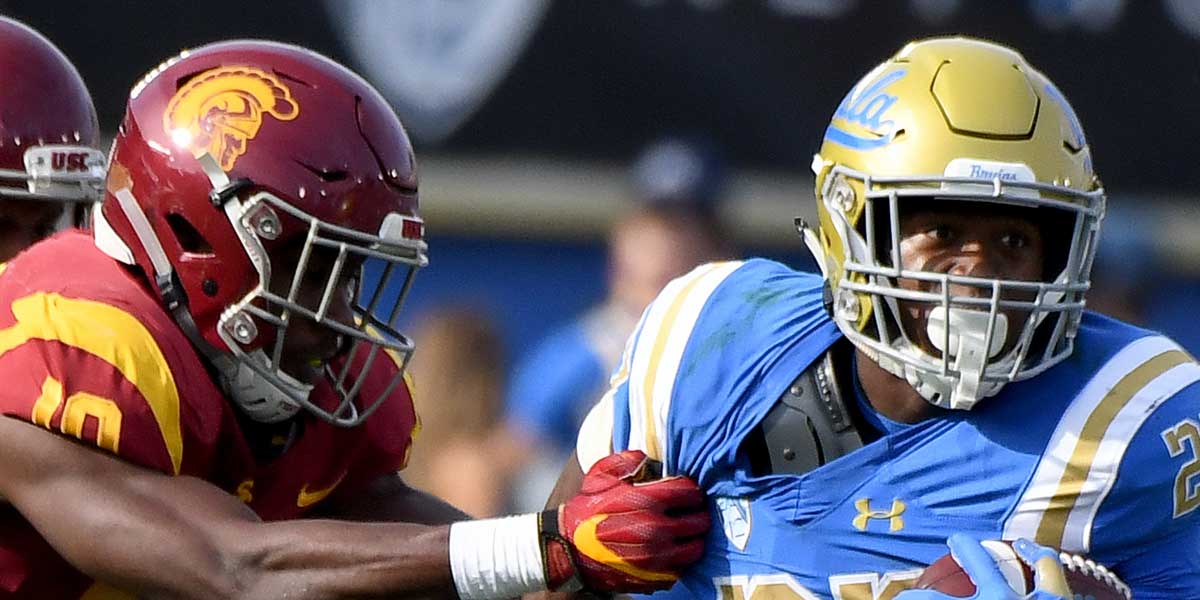 Generally, these two teams at this stage of the season are always vying for some sort of Pac-12 position, and this year is no different.

The Trojans have the opportunity to claim the Pac-12 South lead. Not only do they have to win against UCLA, but the leading Utah Utes would have to lose against either Arizona on Saturday or against Colorado the following Saturday.

With a victory over the Utes earlier in late September, the Trojans hold the tiebreakers over Utah.

As for UCLA, their dreams of making the Pac-12 championship game as well over, but the team could make bowl eligibility by winning against USC and against California next weekend.

Betting On The UCLA USC Rivalry

USC leads the all-time series 47-32 without the addition of a few ties and the subtraction of a few vacated wins as well.

Still, UCLA won the rivalry game last year by a touchdown – which took place at the Rose Bowl. However, when being played at the Coliseum, USC has won eight of the last nine.

This could one of the main reasons why the Trojans (-550) are such heavy favorites over the Bruins (+375). With a line set at 13 points in favor of USC, bettors have been fluctuating the line back and forth between 13 and 14 points.

This tug of war battle with the college football betting line can be attributed to neither team helping bettors win money this season when taking the team against the spread (ATS). USC is 5-5-1 ATS on the year and UCLA is 4-5-1. In both instances, bettors would be down money on the year if they took USC or UCLA ATS in every game.

Regardless, bettors will be able to parlay their decision with the point total of the USC and UCLA game as well. Set at 66 points, the under seems like the play here, as UCLA is known for running the ball over 40 times per game. As for USC, their injury ridden season has only seen the total exceed 66 points one time on the year (and tying it in another instance).

The game kicks off on Saturday at 3:30 p.m. EST and can be seen on ABC. For those bettors, they should look at taking UCLA to be leading at the end of the first quarter (+220) or the end of the first half (+375). Solely from the payouts that US online sportsbooks are offering, the risk may be worth the reward.