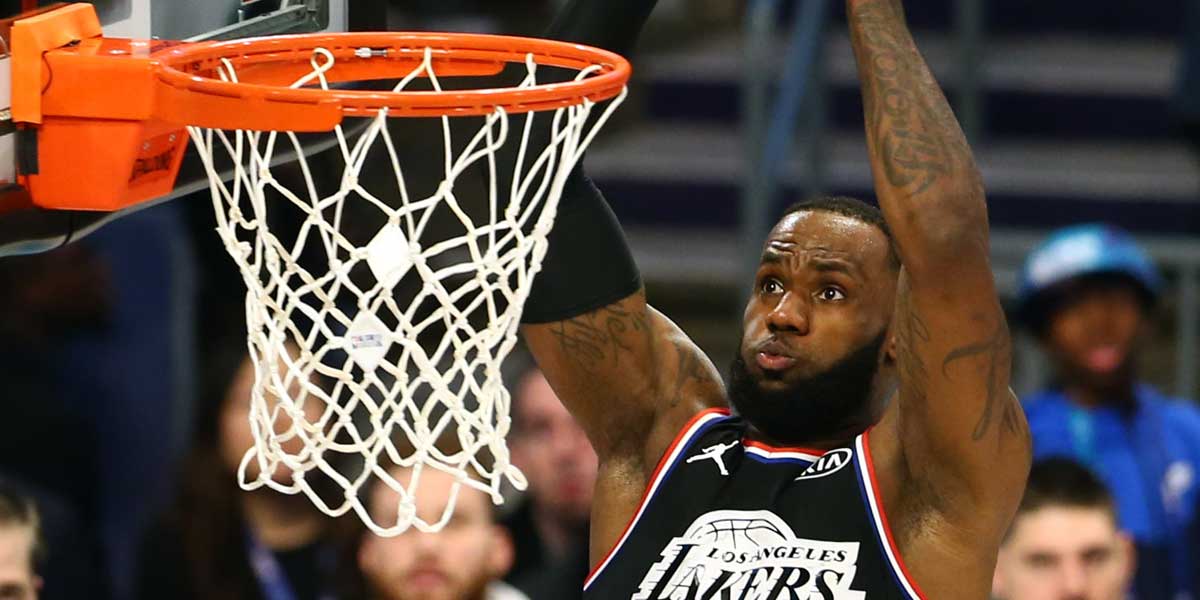 NEW YORK – Betting on the NBA is one of the most popular sports betting activities in the country. While bettors are quick to submit their NBA futures bets at the start of the season, the changing of the odds can leave bettors in situations that aren’t as profitable.

However, with the help of various NBA prop bets, NBA bettors have been given excellent opportunities to hedge their bets at online sportsbooks.

Will Either #1 Seed Win The NBA Championship?

The NBA Finals take place throughout June, so bettors still have time to get their action in. Currently, the Milwaukee Bucks (+250) are the favorite with both LA teams – the Lakers (+275) and the Clippers (+350) – finishing off the top spots.

These odds have been fluctuating, per normal, but this marks the first time in a while that Milwaukee is leading the pack. Still, the Bucks and Lakers are the #1 seeds in their conference.

Betting on these teams (assuming they remain the top-seed) to win the NBA Finals seems wise. The top spot hasn’t won the NBA Finals over the last two seasons, but this should not be a scare to bettors.

With “yes” being the slight favorite (-120) bettors can lay a hefty wager to cover two teams that will likely take the prize. “No” rings in at EVEN odds.

Will Either #2 Seed Win The NBA Championship?

After the #1 seed, bettors can lock in a wager for the #2 seed odds to win the NBA Finals as well. As the LA Clippers were overtaken by the Denver Nuggets in the Western Conference, many expect the Clippers to take that position back in the future.

However, as it stands, the Nuggets are behind the Lakers and in the Eastern Conference, the Toronto Raptors and Boston Celtics trail the Bucks. Between these six teams, any of them could make a run to the Finals, meaning the +450 odds for “yes” are an easy hedge.

Even putting 2.5 units on “yes” the aforementioned #1 seed prop and 1 unit on “yes” for the two seed prop would cover many bases. Bettors would be able to earn 1.5 units in profit no matter which bet was graded as a win, in an effort to bet on four teams to win the NBA Finals.

The only risk here is if the Clippers or Celtics finish as the three seed and challenge any of the other four teams, but this should be a risk worth considering.

Which Conference Will Have Home Court Advantage In The NBA Finals?

The Lakers are trailing the Bucks by 4.5 games for the best record in the NBA. However, the Bucks have shown no momentum of slowing down, having won eight of their last 10 games. As the only team with single-digit losses on the season, the Bucks look ready to secure their home-court advantage throughout the playoffs.

With this, it is no surprise that online sportsbooks have listed the Eastern Conference as -500 to have the advantage in the Finals. However, bettors must always read prop bets to their exact wording, and this NBA Finals prop bet only discusses the Finals’ home-court advantage.

This is mentioned because the Bucks finished first in the East last season (with the best record in the league). However, their dreams fell short, as the Raptors ousted them in the Eastern Conference Finals.

Therefore, bettors would be wise to take the Western Conference at +400. Keep in mind that three of the top four teams (by record) in the league are in the Eastern Conference but the closing stretch of the season could cause the Lakers, Nuggets, or Clippers to increase their positioning.

If the Bucks cruise through, this wager will be graded as loss, but with the belief that the western team – who are all less than two games shy of having a better record than the eastern teams – can keep up, it becomes an easy way to quadruple a bettor’s investment.

Will The Team With Home Court Advantage Win The Championship?

This prop is one that can cover all three of the other NBA Finals props listed here. The favorite is “no” (-170) which is slightly surprising since home-court advantage is serious in the NBA Finals.

Still, bettors can also bet on “yes” at +150. This wager can be a perfect hedging moment no matter which odds were taken above. Also, this would be a wise wager to have in a bettor’s back pocket in order to bet the other side once the home team wins their first game in the Finals.

Betting lines on the NBA such as these provide great excitement but they should be focused not only for entertainment but for profit. Online sportsbooks will only increase their offerings for these NBA prop bets, but now seems like the perfect time to get the action in before anything switches too majorly.