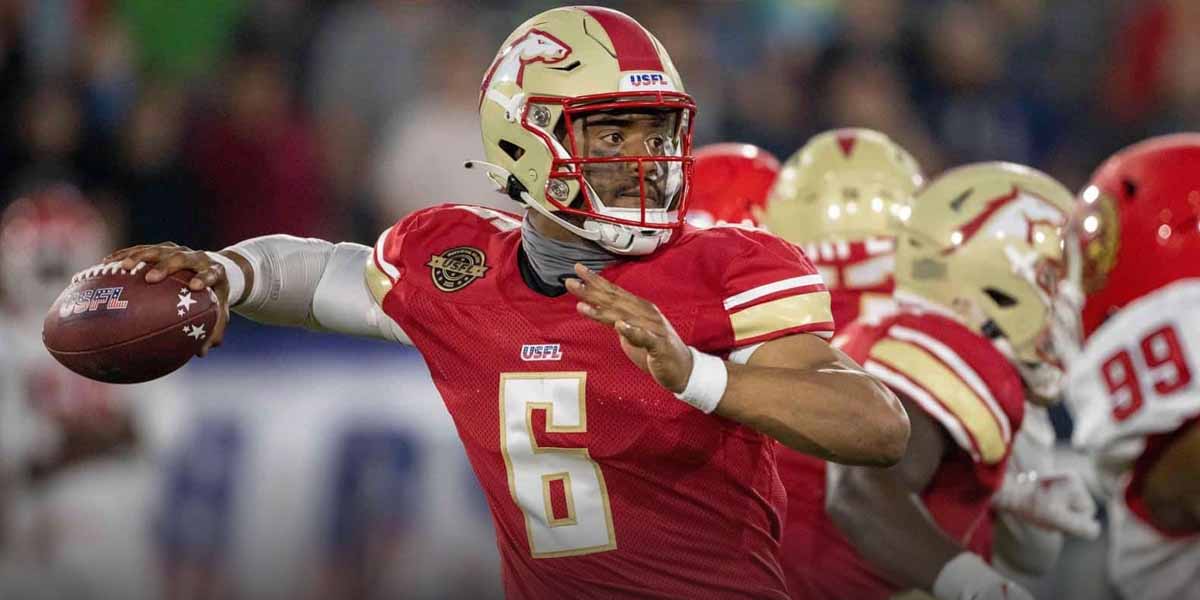 CANTON, Ohio – The USFL season is winding down with the semifinals just two days away. In the two semifinals matches, the New Jersey Generals are favored over the Philadelphia Stars while the Birmingham Stallions are the favorites against the New Orleans Breakers.

Looking at the lines for both games, sportsbooks show they are near identical with the same moneyline odds and same number on the spread. The only difference is the game total in which the Generals/Stars matchup is just slightly higher.

Are The Generals And Stallions A Lock To Move On?

There are many similarities between the Generals and Stars that lead to both of them coming out on top in the semifinals. First off, they both sit with the best record in the league at 9-1 and are just two points off in total scored points on the season.

Looking more into the Generals, they shouldn’t have much trouble against the Stars as they went an undefeated 6-0 against the North Division this season. They’ve allowed their opponents to score just 182 combined points as a whole while putting up 232 points.

As for the Stallions, they could face some complications against the Breakers as New Orleans has the best defense in the league having only let up 164 points. However, the Stallions 234 total points scored this season should be more than enough to help push them through to the championship game.

It has been a two-team race between the Stallions and Generals all season long, however, the Generals, despite having the second shortest odds, have been on absolute fire. After losing their first USFL game of the season, New Jersey went on to win nine games straight heading into the playoffs, and have shown no signs of slowing down.

The Stallions were undefeated until Week 9 when the Houston Gamblers upset them, and also came down to the wire in Week 10 with a 21-18 win over the Tampa Bay bandits. This could be a sign that they are slowing down throwing even more value on the Generals championship odds.