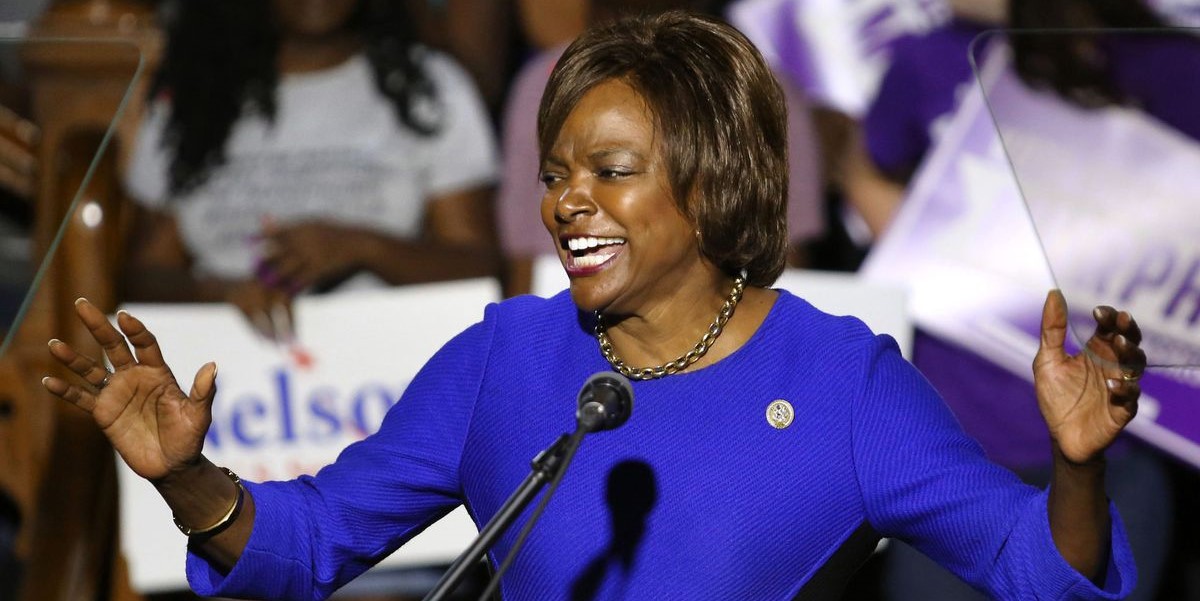 WASHINGTON - The race to see who will be Joe Biden's running mate has gotten intense as online sportsbooks show that Val Demings has the second shortest odds to take that honor.

Demings, a former law enforcement officer who stood as Chief of the Orlando Police Department has gained attention from potential voters.

She has been vocal against the recent police brutality that has led to mass riots sweeping the nation.

The combination of her public criticisms of the current relationship between police and citizens as well as Joe Biden declaring that his VP will be a woman has sports bettors taking action that she will be standing next to Biden in the general elections.

With the second shortest odds at online sportsbooks, Demings is only behind Kamala Harris as the favorite to be Joe Biden’s Vice President.

Demings has been very vocal following the death of George Floyd and the subsequent nationwide protest, both condemning unfit officers as well as the current president Donald Trump for mishandling the situations.

“As a nation, we must conduct a serious review of hiring standards and practices, diversity, training, use-of-force policies, pay and benefits (remember, you get what you pay for), early warning programs, and recruit training programs,” said Demings in a Washington Post op-ed. “Remember, officers who train police recruits are setting the standard for what is acceptable and unacceptable on the street.”

Her very public stance on the issues has gotten a lot of potential voters on her side, mainly due to her former position as a police chief.

“Everyone wants to live in safer communities and to support law enforcement and the tough job they do every day. But this can’t go on. The senseless deaths of America’s sons and daughters — particularly African American men — is a stain on our country. Let’s work to remove it.”

Sports bettors partaking in political betting are paying close attention to the attention she is gathering.

Moments like these tend to define the swing in political campaigns. Taking early action on Demings now may bode major returns if this becomes a winning bet.

Still, there are no guarantees as Biden has given no hints as to who he will choose as his running mate. However, online sportsbooks will continue to host betting odds for the Vice President leading up to the announcement.