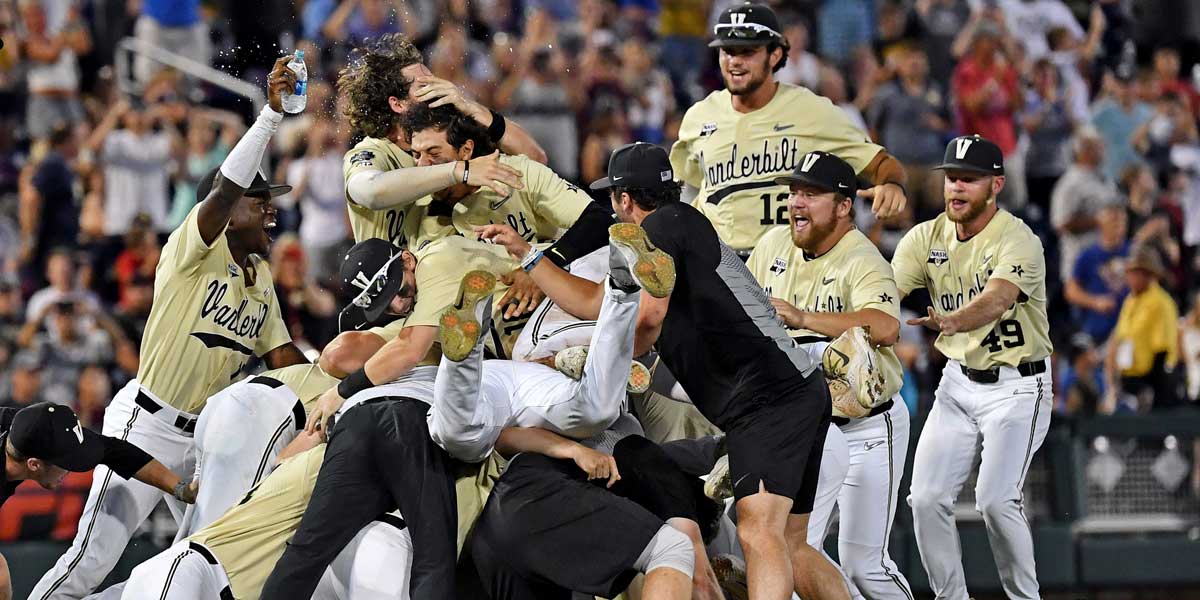 OMAHA, Neb. – They had to play all three games of the series but the Vanderbilt Commodores came out victorious. The Commodores clinched the national championship title with an 8-2 win over the Michigan Wolverines. Their last championship win was in the College World Series five years ago.

According to the players, the team’s success is all due to the skills of their coach, Tim Corbin.

“I said it earlier in an interview, he’s the GOAT (Greatest Of All Time),” freshman pitcher Kumar Rocker said to the press after the game.*“He’s like Saban. He’s got it.”

Praise From All For Coach Tim Corbin

While it was a scary College World Series, having to take it to all three games, Vanderbilt made it through. After the game, there were so many good things said about coach Tim Corbin from everyone. Not only did the Commodores win, they won by six. They are now the National Champions of College Baseball, and it is all thanks to the coach.

Corbin has developed such a wonderful program with a terrific history that even players from Michigan had a few words to say about him.

"Vanderbilt is the program you grew up watching, just studying everything they did, from practice to game strategy to building a roster," said Michigan’s catcher Joe Donovan in post-game press interviews. "Seeing it up close, you are even more impressed. You think, OK, that's it. That's who we want to be. That's why they have that trophy tonight and it's not their first one.”

Not only did both Michigan players and Vanderbilt players acknowledge the greatness that is Tim Corbin, but coach Bakich of Michigan also added to the celebration with words of kindness and admiration for his mentor.

“I have learned so much from Tim and still do. But maybe the biggest lesson is that the building never stops. Just because you make it to Omaha, that's not the finish line. Winning here is. And then when you win one championship, you start working toward the next one. That's not just a college baseball team, that's a college baseball program." he said after Vanderbilt won.

USAOnlineSportsbooks.com thinks that was the takeaway that coach Erik Bakich learned after Game 3 of the series from his teacher. While the Michigan program mirrors that of Vanderbilt, Bakich realizes he still has some years of learning before he can reach Corbin status.

Congratulations to Coach Tim Corbin and the Vanderbilt Commodores on a well-deserved win.