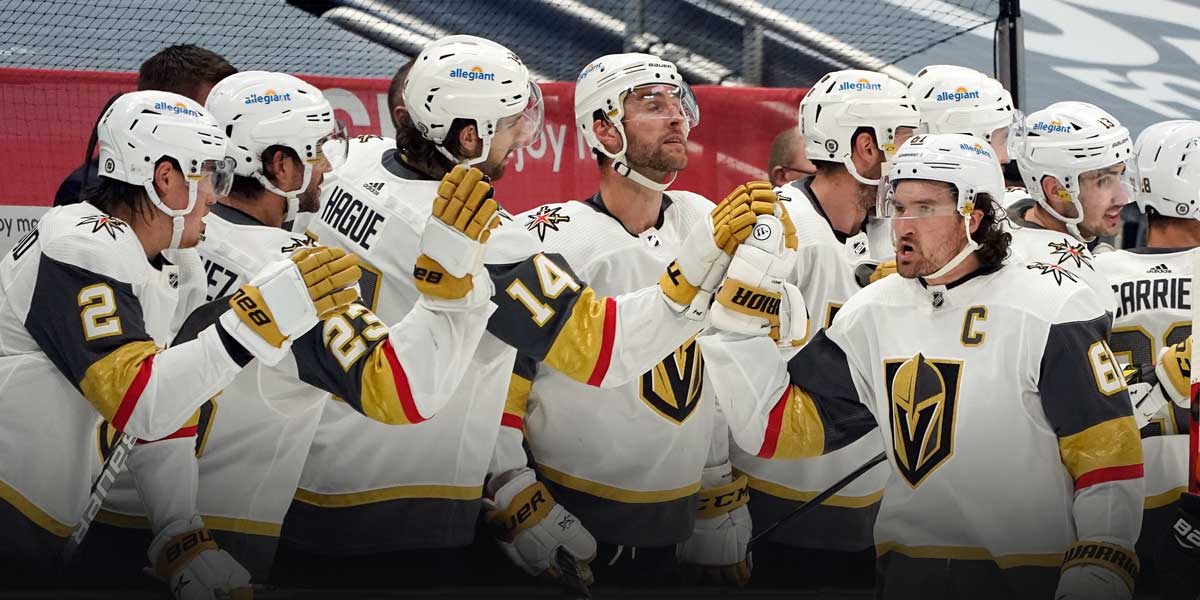 Vegas sits as a -250 favorite to hold the lead with just four games left in the regular season.

Can Vegas Hold The Lead?

The Vegas Golden Knights don’t have the easiest schedule to close out the regular season. Vegas will play a respectable St. Louis Blues team twice before playing the Colorado Avalanche and San Jose Sharks.

Two wins over the Blues would lock up the division, but they’re not an easy out. However, the Golden Knights really just need to beat the Avalanche next week to lock things up. NHL betting fans should feel pretty confident that Vegas can take home two of their final four games.

It should be noted that the Golden Knights path to winning the West becomes a lot easier if the Avalanche and Wild lose a game or two.

Do The Avalanche or Wild Have A Real Chance?

The Wild’s odds look the way they do for a reason, they need virtually everything to go in their favor to win the West. The Avalanche, on the other hand, have the benefit of playing the Golden Knights before the season ends in what could be a huge swing game.

The Avalanche also have more games to play than the Golden Knights, giving them an extra opportunity to pick up a win and two points.

At the end of the day, beating the Golden Knights on May 10 is a must for the Avalanche, and preferably in regulation. Aside from that, they likely need to win at least three of the remaining games. Vegas currently holds the tiebreaker with three more ROW, meaning there is little room for mistake.

It will take a lot to go wrong for Vegas to lose the West division at this point. The online sportsbooks’ odds of -250 might not seem worth betting, but one could argue that the betting line should be shorter than that.