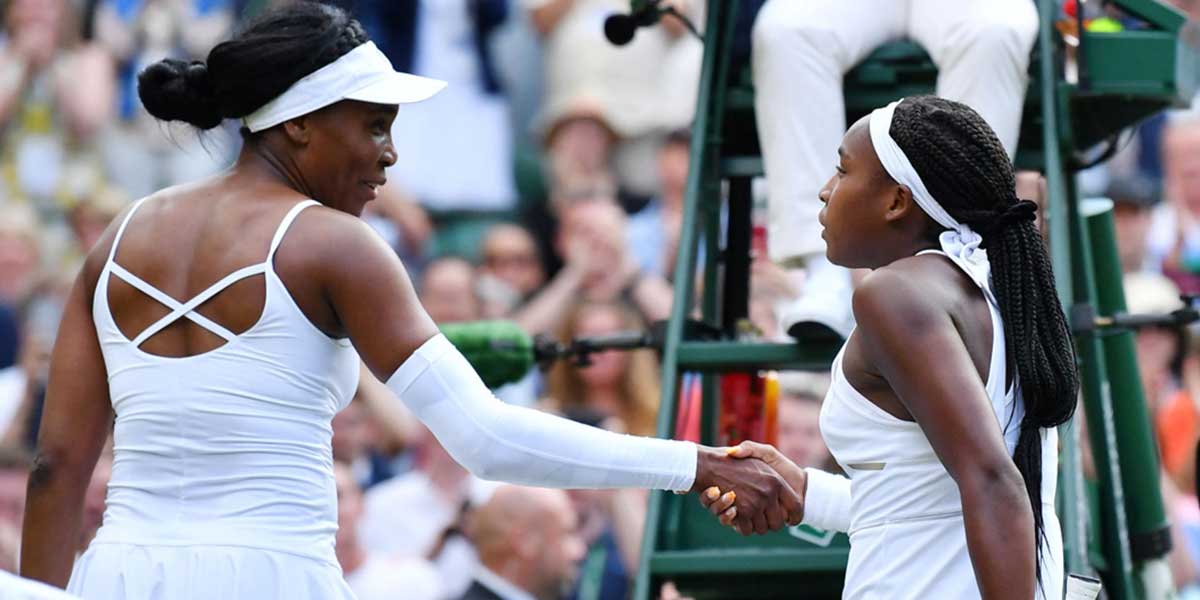 ATLANTA – Wimbledon 2019 is in full swing and history has already been made. Cori “Coco” Gauff, the youngest tennis player to qualify for Wimbledon at only 15, beat Venus Williams 6-4 6-4. Williams is notably one of the best tennis players to play the game but at 39 years of age and battling an autoimmune disorder, she did not put her best foot forward during this match.

After the match, Williams could be seen telling reporters,

"She played so well. Even all the shank balls went in. I actually didn't play well. It was a contrast. She put the ball in the court, which was much better than I did."

Gauff received a wildcard slot in order to compete in the qualifiers for the event. She was the only one in her age group that won to make it to the tournament court. Growing up, Williams was an idol for the young Atlanta native who has been playing tennis for half of her life.

"Honestly, I don't really know how to feel. This is the first time I ever cried after a match. Or winning, obviously. I've cried after a loss before," she said after the win on the court. "I don't even know how to explain how I feel."

What Others Are Saying

"People have been talking about Coco for years," Tracy Austin, an American two-time US Open champion said to BBC Today.

"They have now started to recognize her internationally. Obviously, she's a tremendous athlete, but to walk on the court to face Venus, a player who she idolizes, there were plenty of opportunities for her to get tight and nervous. She has been raised for greatness and this is beginning."

Former tennis star John McEnroe weighed in on what he thought of Coco Gauff to BBC.

“I would be surprised and I don’t say this lightly but I look at her right now, the way she plays, that if she isn’t No 1 in the world by the time she’s 20 years old, I would be absolutely shocked. The game she’s got, her athleticism, what she’s bringing to the table.”

Once the match had ended, Gauff thanked her idol for being her inspiration.

"I wouldn't be here if it wasn't for her and I was just telling her that she's so inspiring. Like, I always wanted to tell her that. And even though I met her before, I guess now I have the guts to." Gauff said making her way off the court post-match.

USAOnlineSportsbooks.com knows right now, the young tennis player is living her dream. In her next match, she will face off with Magdalena Rybarikova on July 3rd at 6:00 am ET. The ESPN network will be airing the event. Rybarikova is the favorite to win with odds of -200. Gauff has been given odds of +160.