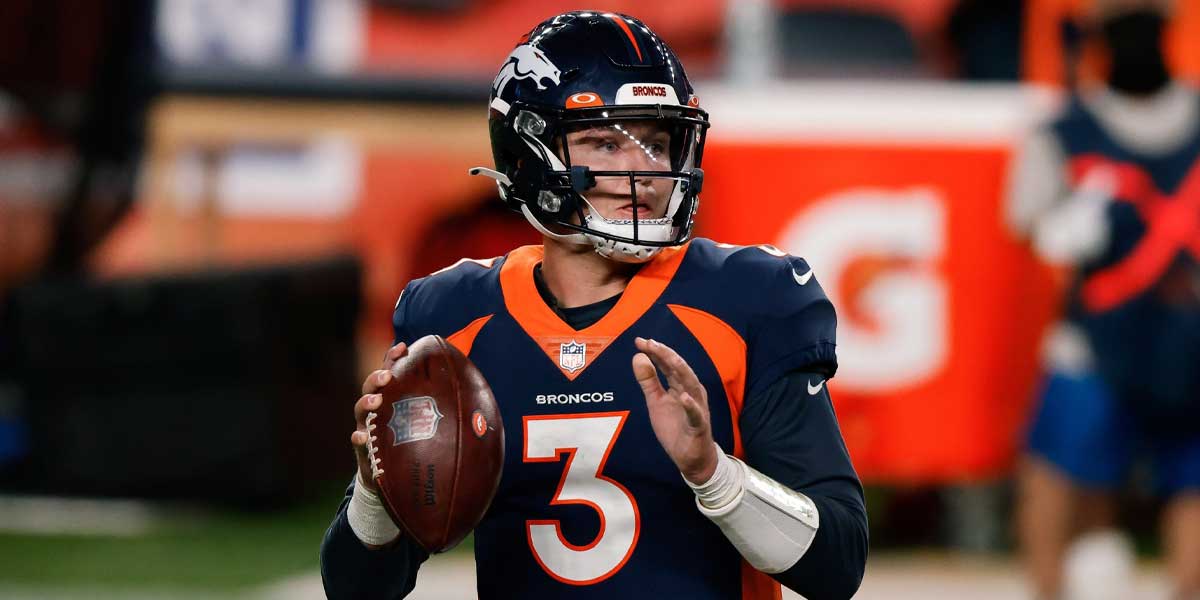 DENVER – With Week 8 of the NFL season in the rear-view mirror, it is time for fantasy football owners and general managers to begin looking at the waiver wire for ways to improve their teams.

There are great players at each position on online betting sites for fantasy owners to choose from.

Starting with the quarterback position, for those that stream quarterbacks on a weekly basis or have their QB1 on a bye in Week 9, Drew Lock is a great option here and is only owned in 10% of leagues.

Lock had a great Week 8 outing where he put up 248 yards and 3 touchdowns for 20.8 fantasy points.

Those looking for a receiving option in Week 9 can look at Kendrick Bourne as an option as he is gaining more and more opportunity by the week and is only owned in 8% of leagues.

Bourne has been inserted to the WR2 slot on the 49ers offense being that their WR1, Deebo Samuel, has been declared out for Weeks 8 and 9. Bourne took advantage of the uptick in opportunity in Week 8 as he went for 8 receptions and 81 yards on 10 targets for 12.1 fantasy points.

As long as Samuel is out of the lineup, fantasy owners can expect Bourne to get the targets he needs in order to produce and he could be a solid flex option as well.

Wayne Gallman looks to be turning a corner this season as a solid value fantasy football running back. Gallman has been getting the opportunities that he needs in order to produce being that Devonta Freeman is sidelined with an ankle injury.

Gallman took over RB1 duties for the Giants in Week 7 and has put up solid numbers. In Week 7 he went for 34 rush yards, 1 rushing touchdown, 5 receptions and 20 receiving yards which was good for 13.9 fantasy points. In Week 8, he had similar numbers with 44 rush yards, a rushing touchdown, one reception and 18 receiving yards for 12.7 fantasy points.

As long as Freeman is sidelined, Gallman is a great option for a running back as he is rostered in just 24% of fantasy football leagues.

Those fantasy owners that have been plagued by the injury of George Kittle can look to fill that hole with Logan Thomas.

He is clearly a redzone threat whenever he is on the field and he will look to stay that way as the season continues.